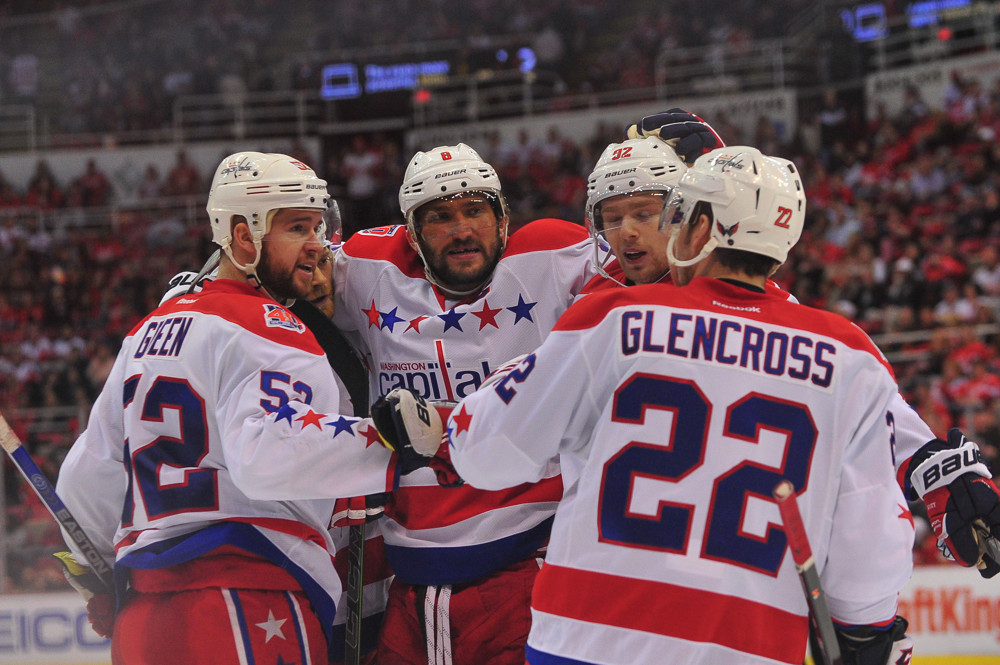 The Ottawa Senators only had to lose on Sunday night for the Washington Capitals to be guaranteed a spot in the 2015 NHL playoffs — and miraculously, that’s exactly what they did.

The Senators fell in a shootout to the Toronto Maple Leafs by a final score of 3-2, but that wasn’t the important part. Rather, the fact that Ottawa only earned one point rather than two — making that only the third time AHL sensation Andrew ‘the Hamburglar’ Hammond has lost a game he started, and keeping his regulation loss record at only one game on his NHL career — is what secured the post-season appearance for Alex Ovechkin, Braden Holtby, and the rest of the Capitals.

That wasn’t the only game that had a huge impact on the standings, though.

Not only did Ottawa lose, but another Eastern Conference bubble team dropped their game’s decision as well — the Washington Capitals earned a 2-1 victory over the Detroit Red Wings on Sunday as well, simultaneously hurting Detroit and helping the Boston Bruins. Braden Holtby became the fastest goaltender in Washington Capitals history to hit 100 wins with the team on his career, but along the East Coast there were plenty of unhappy skaters; Washington’s victory pushed Boston into third in the Atlantic Division with the head-to-head record over Detroit (both teams have identical ROW records, with matching games played and game outcomes), allowing the Senators to start breathing down Mike Babcock’s neck rather than Claude Julien’s.

The win also pulled Washington to second in the Metropolitan Division, securing their playoff ticket and leaving the Pittsburgh Penguins just two points up on the Senators, as well.

To make things even more interesting, the Penguins and the Senators have a day off on Monday before they each play again — where they’ll face off against each other, directly affecting whether or not Pittsburgh has a shot at dropping out of playoff contention or not. A victory by Ottawa would either push Detroit out of the Wild Card spot or keep them within a one-game shot of surpassing the Red Wings; a win by Pittsburgh would ensure that the Metropolitan Division team sees post-season action this year, simultaneously punching their playoff ticket and robbing Ottawa of the chance to sneak into a Wild Card position with anything less than three straight losses for the Red Wings.