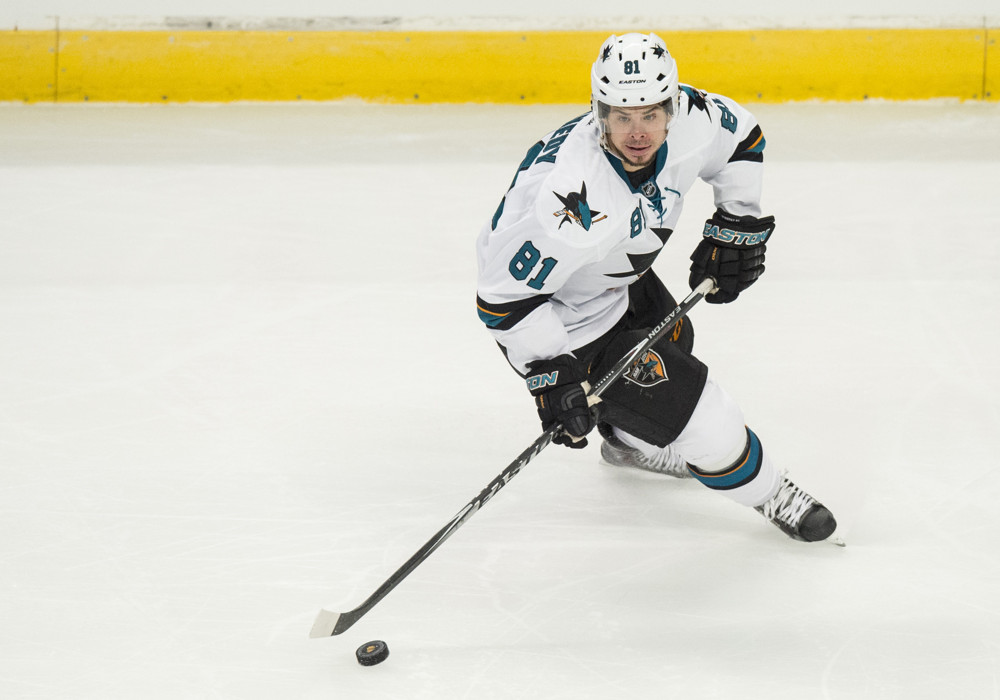 The New York Islanders, all things considered, have been fairly quiet on the trade front.

On the other hand, the San Jose Sharks have been raising their voices from dead silence leading up to the deadline; with about half an hour to go, they’re at a dull roar.

Just minutes after dealing Andrew Desjardins (with a 50% salary retention) to the Chicago Blackhawks for depth forward Ben Smith, the Sharks are at it again — this time sending depth center Tyler Kennedy to the New York Islanders for a conditional third round pick, per Darren Dreger.

Kennedy is a former fourth round pick, selected by the Pittsburgh Penguins 99th overall in the 2004 NHL Entry Draft. He’s been a mid-range center for his entire career, but a shift in his on-ice minutes and the ill-fitting lineup in San Jose has seen a drop in production recently. Likely, the Islanders are hoping that a more permanent role in the lineup will give the forward more of a shot to pick up his numbers once more.

Although specifics about what the conditions for the third round pick are haven’t been released per TSN, it’s likely that the pick will shift based on New York’s performance in the playoffs. The Sharks could see a return similar to what the New Jersey Devils will see for offensive blue liner Marek Zidlicky, who was dealt to the Detroit Red Wings for a conditional pick moments earlier. The farther the team makes it in the playoffs, the better the draft pick becomes; early elimination or a miss of the post-season altogether likely results in a shift in the pick as well.