The ‘charging’ call is still in debate; it’s hard to tell whether Wilson leaves the ground or leads with his shoulder. Wilson’s hit was big, though, and clipped Visnovsky — who had to leave the game, and didn’t return to the bench at all during the final few periods — in the head when Wilson’s shoulder clips him. There was debate about whether he left his feet or not, and the Islanders were all fairly unimpressed with how it went down.

Kyle Okposo called Wilson an ‘idiot’, while John Tavares only dialed it back enough to suggest that, while not outright using the harsh language Okposo did, he didn’t think there was a place for that kind of contact in the NHL. Accusations of Wilson being too reckless on his skates were tossed around in the post-game media scrum, and even Islanders head coach Jack Capuano — who isn’t known for his outrage at on-ice hits — had little to say in Wilson’s defense.

The league won’t penalize Wilson, though.

Tom Wilson won't face any supplementary discipline for his hit on Visnovsky.

This is largely unsurprising; after taking two nearly consecutive penalties (including the Visnovsky hit, which saw Wilson move to the box for a two minute charging call), head coach Barry Trotz did everything short of physically stapling the 21-year-old winger to the bench. Courtesy of war-on-ice.com, take a look at how few shifts Wilson took following his second and final hit; the only player who saw less ice time than the big bruiser was Michael Latta, who traditionally plays less than the younger forward.

Wilson only played just under eight minutes, despite the team heading into extra minutes. His regular season TOI average, including the games where he saw 5 or fewer minutes of playing time, is close to 11 minutes per game — it’s clear that Trotz had no desire to watch the former first round pick be a loose cannon all game. Add in the admittance by Capuano that the team’s offensive play when down to five defenseman was sub-par by their own standards, and supplemental discipline wouldn’t have been unheard of — but it wasn’t likely, either.

One argument brought to light following the hit, of course, was that Visnovsky wasn’t going to play the puck — he was skating directly towards Wilson with the intent to obstruct. The hit wasn’t a legal check, but it also didn’t necessarily catch Visnovsky off guard. He, in skating directly at Wilson behind the net with no puck in play for either skater (as Visnovsky seemed to let the puck circle around the boards while he directed his attention to Wilson), hurt his chances of the hit being either negligent or late — and after getting both penalized for the hit and nearly taken out of the game by his own team altogether, the league likely figured two minutes and limited play over the remainder of the game was sufficient for Wilson.

The question remains, of course, whether either team will retaliate in game five. There’s no guarantee that Wilson will get significant ice time, but that doesn’t mean the Islanders won’t lose their cool over the hit. With Travis Hamonic already out, the New York club is short on the blue line as it is — a long-term loss of Visnovsky isn’t likely to go over well. 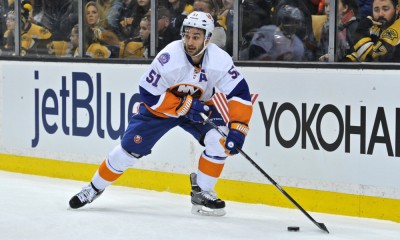 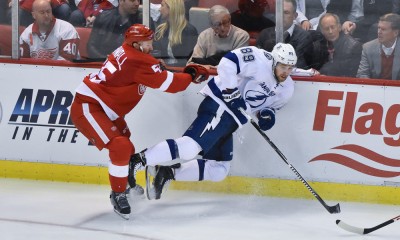 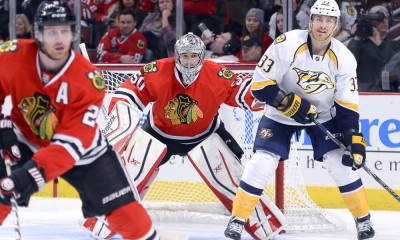 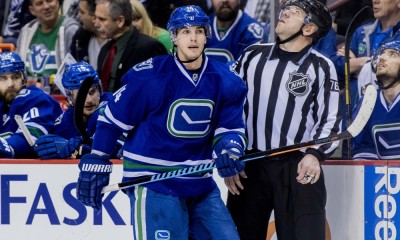 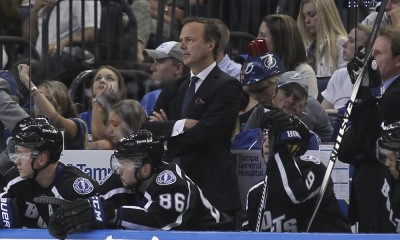