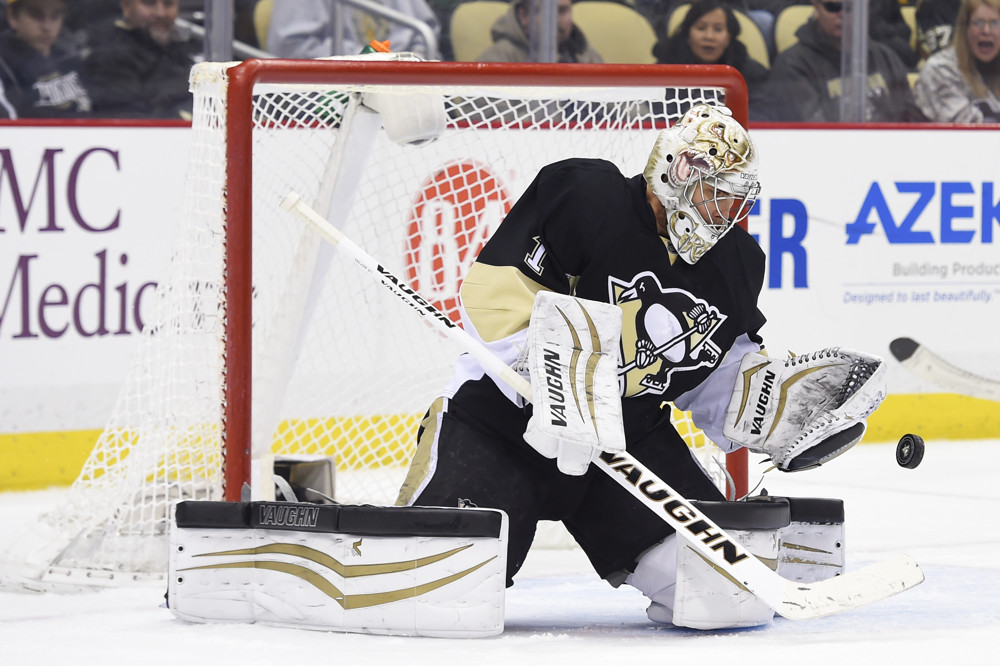 Thomas Greiss stopped three of four shots in the first period of the Pittsburgh Penguins game on Sunday morning.

Far from being anything but a competent backup, it would seem odd that Pittsburgh opted to put Greiss in net with the playoffs so tenuously hanging in the balance this season. Starting off the season in a position of power, the Penguins have slipped to fourth in the Metropolitan Division; although they look less likely to drop out of the post-season than a team like the Winnipeg Jets, Sidney Crosby and company are at a serious risk of being either a continued perennial first round collapse or one of the numerous powerhouse franchises that may watch the playoffs from the outside looking in this year.

The team is missing three of their four top pairing defensemen for the moment, though — so if starter Marc-Andre Fleury is struggling already, it’s good to get a close look at how Greiss performs under pressure.

On one hand, the Penguins managed to outshoot the Flyers 22-4 in the twenty minute time span that saw Greiss allow a goal; the game is tied at 1-1 after twenty, a step up from the 4-1 loss they endured at the hands of their intra-state rivals just a few days prior. With Fleury looking questionable at best, though, that could become a regular occurrence despite the team’s high shooting numbers; while a team like Philadelphia lacks the offense to support their goaltending, the Penguins lack the goaltending to support their offense.

A .913 SV% and a 9-5-3 record are nothing to scoff at for Greiss, and he’s been outplaying the team’s number one for the last month in a clear way. Per Justin Cuthbert of the Score, the only losses Greiss suffered in March were a consequence of shutouts for the goaltenders facing down across the ice from the German netminder; with eight goals allowed on two games so far in the Philadelphia-Pittsburgh season series by Fleury alone this season, it may be wise to keep Greiss in for the next game as well.

The Penguins could easily take home two points in their regular season finale, but this Flyers game is a ‘must-win’ — and although Greiss has been good, he might have to be even better to make that happen.