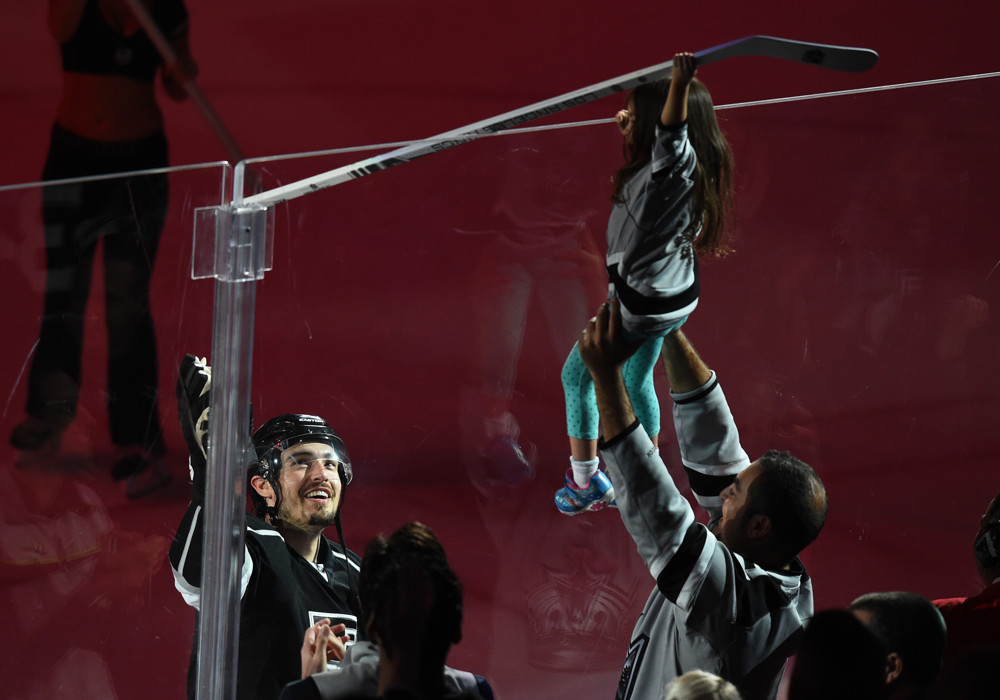 Are Things Finally Looking Up For The Kings?

Are Things Finally Looking Up For The Kings?

It has been a turbulent season for the reigning Stanley Cup champions the Los Angeles Kings. With Slava Voynov suspended after domestic violence allegations and inconsistent play, the champs may finally have turned the corner and be on their way up the standings after five straight wins.

I don’t think you can overstate just how much the whole Voynov situation has disrupted the team. He was a top-pairing defenseman, and was suppose to take on a lot more responsibility this season, but after the suspension Voynov has left a big hole in the Kings’ lineup. This obviously hurts the team on the ice, but it must also have affected the locker room. When your teammate is suspected of something this severe and facing possible jail time (trail is scheduled for March) it surely put the team in a really awkward position. It’s understandable if guys have a hard to focusing when something like this happens.

The Kings have been without Voynov for a while now, and they have tried to fill the void on Voynov’s position, but it’s obvious just how much they miss him as a player. That the Kings ae rumored to be in the market for another defenseman doesn’t surprise anyone and they might be going after a guy like Carolina’s Andrej Sekera if the price is right.

After an inconsistent start to the season, the Kings are currently on a four-game winning-streak, beating Tampa, Columbus, Calgary, Washington, and then Tampa again. The two first wins came on the road, and that was much needed as the road record for the Kings this season has been surprisingly poor (7-12-6) for a team that is usually strong away from home. Another perplexing stat is that they are 1-7 in shootouts so far this season, which seems a bit strange when you have guys like Anze Kopitar, Jeff Carter and Tyler Toffoli.

Star defenseman Drew Doughty spoke with LA Kings insider Jon Rosen about the team’s recent run. “The whole team, just as a whole, is playing better. Every line is playing better. We’re getting production from our fourth line, our third line,” Doughty said. “Every single line is producing and actually Kopi’s line has probably produced the least amount of those lines in the last couple games, which is a good sign. I think our D-pairings are playing better and Quickie has been playing great obviously, like usual. That’s what it takes, a full team effort.”

Toffoli has been a bright spot this season, already having 18 goals and 18 assists in 50 games. You could definitely call this his breakout season, although he has already proven himself in last season’s playoffs. But Toffoli has they capabilities to become one of the better goal scorers in the league, and this season might very well be the first step.

Jonathan Quick hasn’t been the Quick the we are use to seeing, but his game has also improved lately and he needs to stay sharp if the Kings are going to catch up to the teams in front of them and make the playoffs.

There is way too much talent in this team for them to miss the playoffs just a season after winning the Stanley Cup. But with the Calgary Flames having a really solid season by their standards and the Vancouver Canucks also ahead in the standings, the Kings need to keep the wins coming and find a way to keep winning the close games. Luckily for the Kings faithful, the team is only four points off the second spot in the Pacific Division, but with three teams ahead of them, it will take a real team effort to ensure that they will have a shot at defending the Stanley Cup crown.

Expect to see GM Dean Lombardi to make a move or two in order to solidify the defense and inject some energy into the team, he has done it before so the fans are certainly looking for Lombardi to work his magic once more.

Swede living in America for the past nine years. Covers the Arizona Coyotes for Swedish-based SvenskaFans.com and sportsbreakthrough.com. Host of SvenskaFans’ NHL podcast (in Swedish), The Hockey Writers’ podcast, and can also be heard on Real Hockey Talk on AM1480 KPHX on Saturdays at noon MT. Arizona State University graduate. 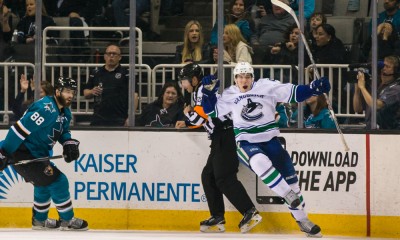 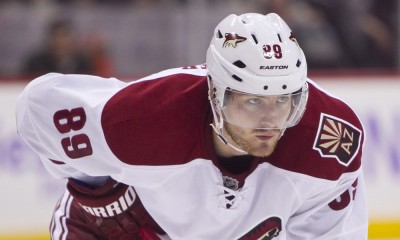