The Buffalo Sabres announced on Sunday afternoon — to the surprise of few — that head coach Ted Nolan had been dismissed by the organization. The far more surprising part of the announcement, though, was that general manager Tim Murray wasn’t following Nolan out the door.

After two seasons at the bottom of the league, the Sabres announced that Nolan had been relieved of his duties. During his tenure, the team went 40-87-17, good for a .336 win record — one of the worst all-time records posted by an NHL coach.

Of course, that’s a far cry from his overall win record. Including the two most recent seasons — starting when he took over for head coach Ron Rolston twenty games into the 2013-2014 campaign — Nolan stood behind the Sabres bench, the recently dismissed coach posted a career .458 win record. Still not superb, but a good bit better than the .336 he walked away with following his tenure in Buffalo.

As a returnee to the Sabres coaching staff, Nolan has a somewhat tumultuous relationship with the organization. His first stint with the club started in 1994, and saw the coach meet with relative success before things quickly turned south. He and general manager John Muckler were both awarded with the Jack Adams and NHL Executive of the Year awards, respectively, at the culmination of the 1996-1997 season — then both were ousted from their positions that summer, following a somewhat romanticized altercation between the two and the Sabres’ then-starting netminder, Dominik Hasek. Muckler was dismissed that summer following a premature post-season exit — many believed as a direct result of on-air comments made by Hasek stating that he would not return to the club if Nolan was still behind the bench, particularly given that Muckler had largely sided with Nolan over the netminder — and while Nolan was offered a contract extension by newly appointed GM Darcy Regier, the salary was so low that Nolan opted to leave on his own accord.

Between his first and second runs in Buffalo, Nolan spent nearly a decade away from the hockey world before returning to the major juniors — prior to first arriving in Buffalo, Nolan had spent five successful seasons behind the bench of the Sault Ste. Marie Greyhounds — for a season, then was brought on board as head coach of the New York Islanders for two years. He made a stop at the AHL level, coaching the Rochester Americans for two seasons, before leading the Latvian Men’s Ice Hockey team as head coach in 2011, 2012, and once more at the Winter Olympics in Sochi.

Although Nolan was asked to come back on board with the Sabres midway through the 2013-2014 season, he was never given much to work with. He and incumbent general manager Tim Murray were tasked with stripping the Sabres and rebuilding them from the ground up — something that no one is quite sure they’re fully accomplishing.

The team announced via Twitter that Nolan was relieved of his duties as well as assistant coach Danny Flynn; the team went on to confirm that assistant coaches Bryan Trottier and Tom Coolen — the latter of which serves as an assistant coach under Nolan for the Latvian men’s team, as well — will not be given contract extensions.

Considering the situation the Sabres are in, the move to oust Nolan and his coaching staff was far from unexpected — but it still doesn’t seem like the best move Buffalo could have made. Although Nolan admitted late in the season that he didn’t want to watch his organization finish in dead last for a second consecutive season — all but admitting that as far as ‘the tank’ went, Nolan wasn’t the biggest fan — he by and large did his job the way it was meant to be done. Given the materials he was handed, many admitted that Nolan iced a far better roster than the pieces looked capable of amounting to.

The fact that Murray remains the general manager suggests that the firing wasn’t over the team’s on-ice performance. Rather, it’s entirely possible that Nolan’s success with the team is what ultimately cost him his job — something that may never happen again. After trading both above-average netminders in Buffalo’s goaltending tandem for the league’s two worst backups, each of which were brought in on either side of the Evander Kane trade (which dealt solid players for a left wing who would spent the rest of the season on injured reserve), Nolan managed to elevate the save percentages of both his new netminders and came dangerously close to pulling out of thirtieth overall. Had the Sabres not lost their final two games in regulation, they came close to surpassing the Arizona Coyotes in the standings — and with an eighty percent chance of losing the draft lottery, the Sabres likely found it unacceptable to pick worse than second overall.

By dismissing Nolan before the entry draft — and wiping the coaching staff slate clean for whomever comes on board next — the Sabres are hopefully aiming to find a long-term solution behind the bench moving forward. If the new coaching hire is unable to work the miracles with Buffalo’s rag-tag roster that Nolan did, though, the Sabres could be in legitimate danger of going the way of the Edmonton Oilers — and with that risk in mind, it’s surprising that Nolan was let go. 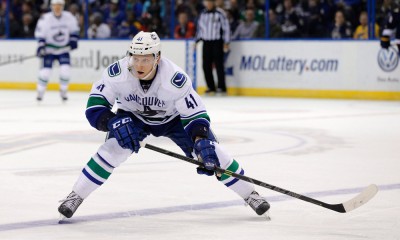 Ronalds Kenins Will Stick Around in Vancouver 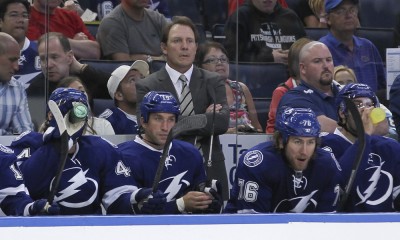 Where Could George Gwozdecky Go? 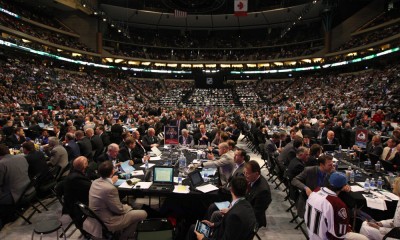 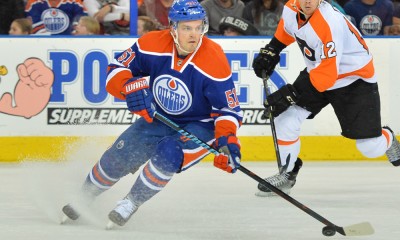 Peter Chiarelli: “We’ve Got To Draft and Develop Better” 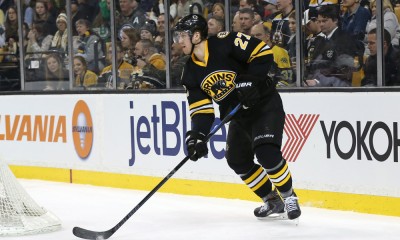 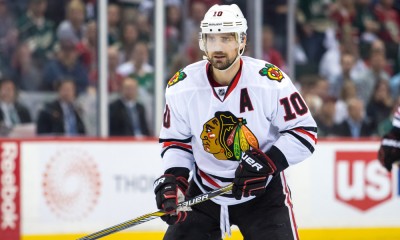 ');doc.close(); })(document);
Patrick Kane Could be Back for Game One
Gregory Campbell Not Returning to Boston