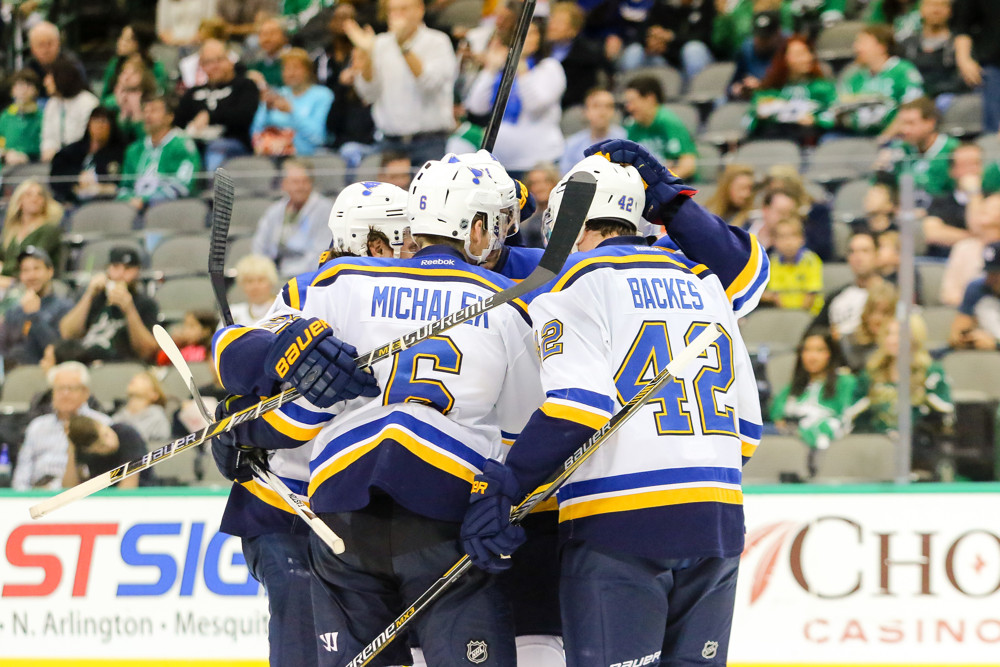 With their 2-1 victory over the Chicago Blackhawks tonight, the St. Louis Blues have won the Central Division and claimed home-ice advantage for the first round of the NHL playoffs.

The Central has been one of the most top-heavy and tough to predict this season. With the Nashville Predators and ‘Hawks pressing for the No. 1 spot at times, it was St. Louis that managed to skate away with the Division crown. It’s tough to ignore that they managed to do so by taking down their nemesis as well.

The Blues held a 2-0 lead in tonight’s contest until Andrew Shaw trimmed it to one late in the third period. Jake Allen was able to keep the Blackhawks at bay for the last few minutes though, ensuring that the Blues secured the victory. Now that St. Louis is in the postseason, all that is left to be determined is who they will square off with.

Don’t be shocked if it’s Chicago for the second consecutive season, though it’d take a bit of an odd sequence for that to happen. Both teams would need to lose on Saturday for that to happen. The Blues will host the Minnesota Wild while Chicago visits the Colorado Avalanche.

If the second season started today the Central Division champs would play the Wild, but there are a number of scenarios that could play out this weekend.

Regardless, the Blues will have home ice for at least one playoff round and have a decent chance of actually ducking the Blackhawks right off the bat. That’d be a positive thing for a St. Louis team that has struggled to beat Chicago in the postseason. Then again, the Blues did just beat the ‘Hawks twice in four nights to secure the Central, so maybe now would be a great time to play Chicago.