The Buffalo Beauts have lagged behind the NWHL’s other Founding Four teams in signings. Some posited it was due to their location, a hefty six hours away from any other NWHL team, while others felt Beauts GM Linda Mroz was simply taking her time and would soon announce a number of signings that would dwarf the rosters of the three other teams.

Perhaps she was simply waiting for the right players.

Mroz signed Devon Skeats and Erin Zach to contracts Wednesday after watching them play at a training camp for the second time. Both Skeats and Zach were in attendance at the camp held in Buffalo and again at the camp in Toronto, and Mroz had ample opportunity to observe their strengths and weaknesses.

What they have in common is a drive to win. With this move, Mroz just set the tone for Buffalo Beauts hockey and made her team infinitely more dangerous than anyone had suspected.

Skeats is a left wing whose primary objective is scoring. And score she does, again and again.

Skeats graduated in 2014 from Wilfrid Laurier University of CIS, notching 21 points in 21 games. She was top-five on the Golden Eagles in goals scored (no. 3), points scored (no. 3), power play goals (no. 5), and penalties (no. 1) for her senior season. She developed her game over the years, but consistently ranked among the top five in goals scored, power play goals, and penalties.

Watching her, it’s clear Skeats absolutely loves to score. And, apparently, she’ll do whatever it takes to get that puck in the net.

“Some of my penalties are not necessarily bad penalties. But some of them are just undisciplined and those are the ones I really need to crack down on, focus,” she said in a 2014 interview. “That’s not being a team player and that’s something I’ve really been trying to work on.”

Skeats won three Ontario University Athletics Championships with Laurier in 2010, 2012, and 2014. Upon graduation, Skeats signed with the Neuberg Highlanders of the European Women’s Hockey League, placing third in the Austrian Cup.

She was first in goals scored with 17, earning 22 points throughout the 20-game season, and was first in “Böse Mädchen,” or “Bad Girls” with 74 PIM. She hasn’t quite left that “bad girl” rep behind yet, apparently.

In addition to her hunger for goals and blood (we kid about the blood), Skeats is capable of bursts of speed that leave everyone eating her ice shavings. There isn’t much video of her available online, but in a Laurier Play of the Week starring her teammate, Meagan Howe, you can see her come from out of nowhere to slip the puck into the net, taking the opposing defense unawares.

Zach, also a more recent graduate, was an RIT Tiger until 2014. She set career-highs her senior year with 17 assists and 25 points in 36 games and scored 74 points overall, tallying 30 goals, over 121 games. Eight of those goals are game-winning goals, putting her in RIT’s record books in the top ten. More, Zachis fifth all-time at RIT for netting five shorthanded goals over the course of her college career.

Zach helped the Tigers win the 2014 College Hockey America Championship in overtime against defending champions, Mercyhurst College, in which Zach scored the first goal of the game, splitting two defenders and slipping the puck behind the opposing goaltender with no help from her teammates.

In short, Zach’s competitive drive may rival that of Skeats.

She has deft hands and good hockey sense, and isn’t afraid to take on multiple defenders if it means a goal for her team. And Zach has enough patience to pull that kind of play off.

You can watch her score one such goal below, skating it all the way up from behind her own goal and taking on three defending players herself.

Skeats and Zach also mark the first two signings of the Canadian camps the NWHL is putting on.

“I was very impressed with both of these players at the Buffalo and Toronto camps,” Mroz said in an NWHL press release.

“Devon’s speed and endless effort is something that I look for in a player. She possesses strength and hockey smarts, and she will be a great fit for Buffalo,” she continued, “Erin not only has speed, but she crashes the net and finishes hard after every drill. Her hunger and ability to score will surely come in handy during game time.”

If Mroz continues signing similar players Buffalo is sure to prove to be a tough competitor come puck drop in October. 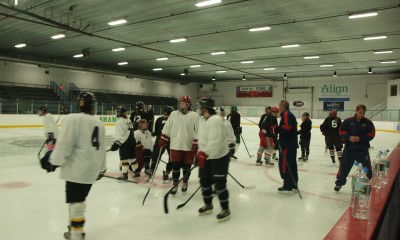 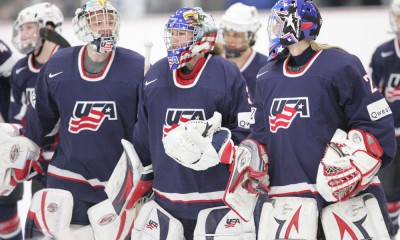 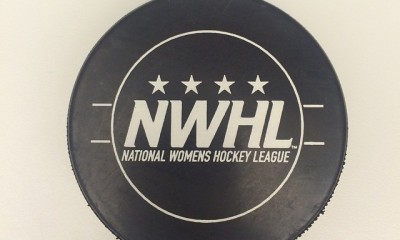 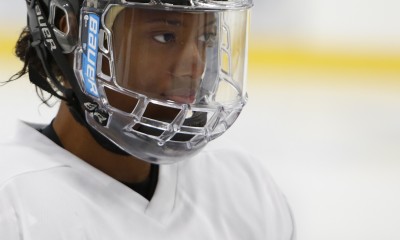 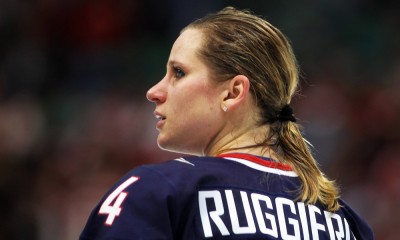 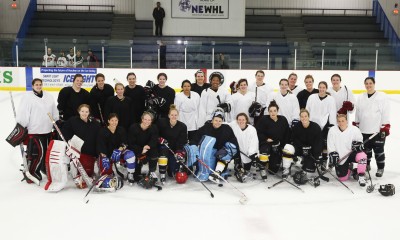 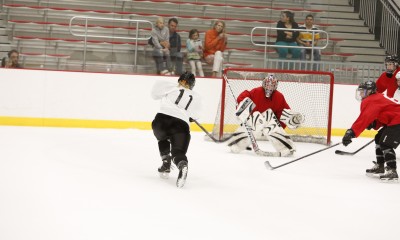 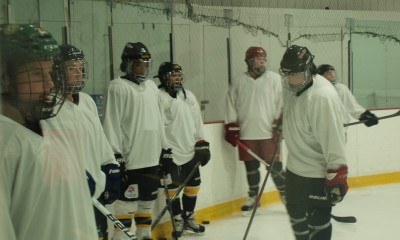 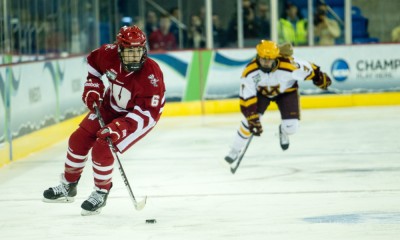