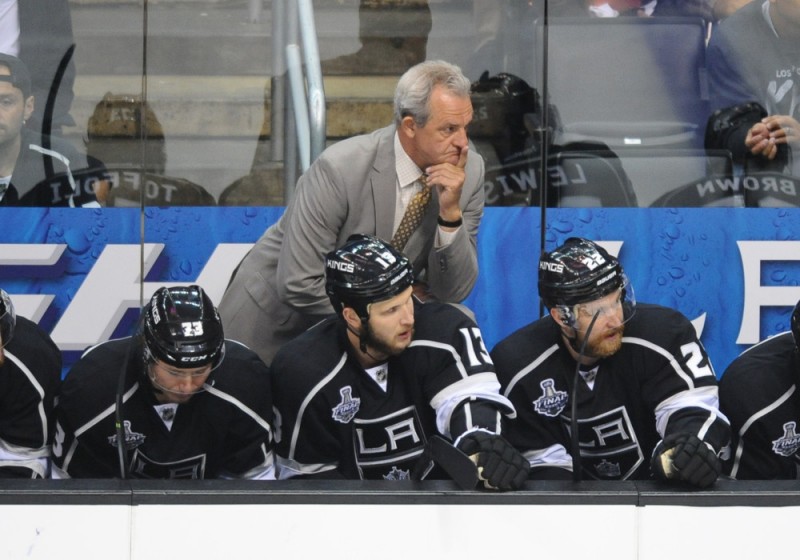 There remain but a little over two weeks left in the NHL season. Every team is down to at least their final nine games of 2015. With time running out, which games this week will be deciding factors in the playoff race for the Pacific Division?

The Calgary Flames now find themselves on the outside looking in on the playoff picture. They took a tough shootout loss to the Dallas Stars on Wednesday night and saw the Kings beat the Islanders on Long Island Thursday. Now one point behind L.A. and three behind Winnipeg, the Flames need to start a win streak.

The Flames have lost both games they have played against the Wild this season, a 3-2 OT loss in December and a 1-0 shutout defeat on the 29th of January.

The Wild will have an impact on the Pacific playoff race down the stretch as well as their own playoff hopes. After hosting Calgary on Friday night, they turn right around to face a challenge from the defending Cup Champions.

The Kings have won three games in a row to pass Calgary for third place (and final playoff spot) in the West. All three wins have been on the road as well and they have earned points in six straight away from Staples Center (5-0-1). L.A. is 2-0 against the Wild this season, but both games took place in 2014, also known as the pre-Devan Dubnyk days.

Another game to keep an eye on Saturday is Anaheim’s contest on Long Island. The Ducks currently lead the NHL in points and the Islanders have been scuffling down the stretch.

The Sharks need to win every game down the stretch to keep their meager playoff hopes together. They could possibly be out of it if they don’t win Saturday’s game against Philly, but they have to have this one. As the national night telecast on NBCSN, everyone will be able to watch as the Sharks either keep themselves alive or watch the downward spiral continue.

The Flames will also be in action Sunday against the Nashville Predators and Anaheim will be taking on the Devils in Jersey.

Another Kings game and another national game on NBCSN. The Kings and Blackhawks have met in the Western Conference Finals each of the past two seasons, with the winner of the series going on to win the Cup. To say there exists some bad blood between the two teams might be an understatement.

The two teams have met twice in Hollywood this year, with both teams earning a victory.

Vancouver will be in St. Louis and Calgary will be looking for retribution against the Stars on this evening as well.

The Canucks continue to plug along under the radar out west. They aren’t the Kings fighting for their right to defend their title. They aren’t Calgary and the underdog story. They aren’t the Sharks and the Schadenfreude of watching an organization implosion in real time. They are just Vancouver, quietly going about their business to the point of a solid second place divisional finish.

Vancouver and Nashville have enjoyed very similar seasons, with both teams outperforming most expectations and just working their way towards the playoffs. The Canucks have won seven of their last ten games, but are winless in two games against the Preds this season.

The Sharks return home from a brutal east coast road swing to face the Avalanche on April 1st. It truly may be April Fools’ Day for San Jose depending on the week goes leading up to this game as they could have already seen their playoff dreams become a nightmare.

San Jose won the only matchup between the teams so far this year, grinding out a 3-2 shootout victory on October 28th.

The Flames need this win, especially on a day when they know the Kings are hosting the lowly Oilers after this game starts. A loss may be too much for Calgary to overcome. This game will be the fourth of a five game road trip for the Flames. They have been dominated by the Blues this season, losing both games by a combined score of 8-1. They also haven’t won in Scottrade Center since April 1st, 2011, six games ago. In fact, Calgary is 3-9-0 in the last 12 games against the Blues.

There are the biggest games to shape the playoff picture in the Pacific Division this week. It should be an exciting seven days of hockey.