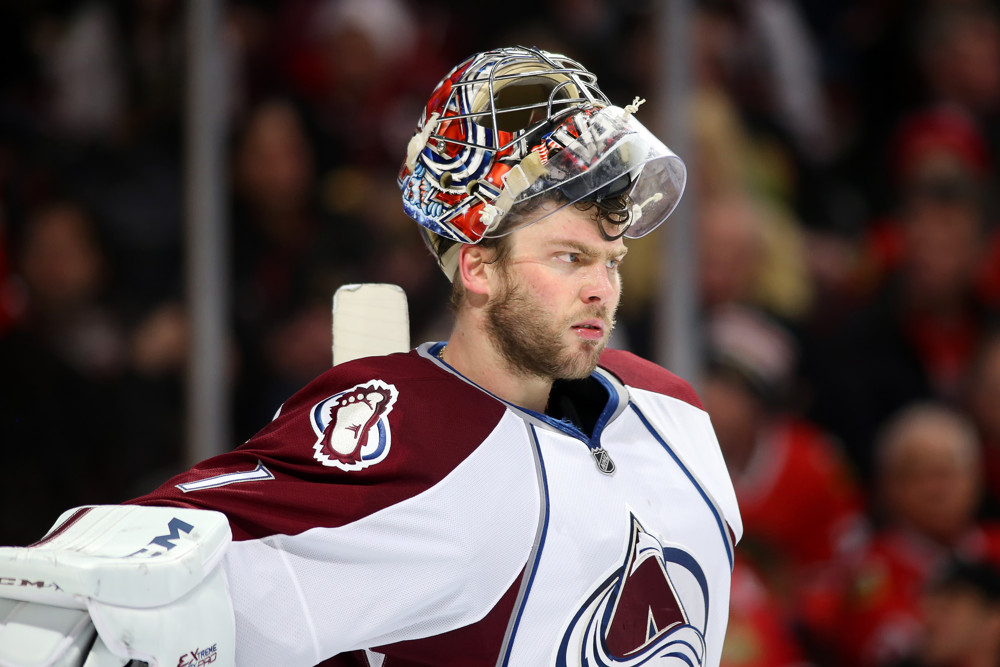 Semyon Varlamov is Day to Day for Colorado

Semyon Varlamov is Day to Day for Colorado

The Colorado Avalanche caught every lucky bounce that came their way in 2014 — and apparently, karma is catching up to them.

With only fifteen games to go, Avalanche starter Semyon Varlamov has only made forty-six starts this season — and that wasn’t by design. He’s been in and out of the lineup all season with nagging groin issues; now, he’s day to day once more with the same problem he’s been suffering from all year.

He was forced to step out of the crease in the third period of Colorado’s 3-2 victory over the surging Minnesota Wild for the issue; now, it’s been announced that backup Calvin Pickard will be given the start in the wake of a more serious injury to Varlamov.

Although Pickard has proven to be a more than capable backup, the entire situation in net for Colorado has been a thorn in head coach Patrick Roy’s side all year. Starting with the collapse of the team’s primary backup, Reto Berra — who was signed to a three year, twelve million dollar deal by the club last off-season without a single start for the club to validate the contract — the team has seen Varlamov’s injuries and Pickard’s constant shuffling between Colorado and the Lake Erie Monsters take a toll on the franchise as a whole. Add in some timely injuries to sophomore phenom Nathan MacKinnon, some lackluster offense, and a depth deficit on the blue line, and the Avalanche bear only the slightest resemblance to the team they iced last season.

Despite his injuries, though, Varlamov has still kept the team looking far more competitive than many argue they truly are; his .921 SV% is still only good for a 22-17-7 record, suggesting that a less consistent goalie would have the Avalanche looking more like the Arizona Coyotes than anything.

At this point in the season, the Avalanche are all but eliminated from post-season considerations; if Varlamov’s groin issues aren’t going away, they may want to consider shutting him down for the season and looking at the issue more seriously.