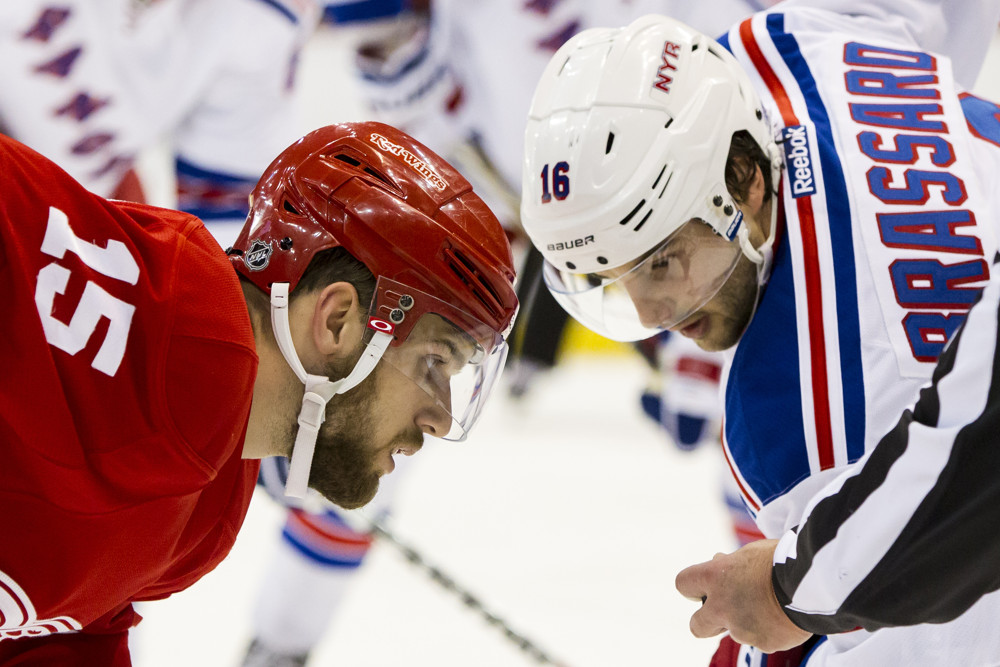 The Detroit Red Wings have been consistently inconsistent all season, but their last stretch of games may be the worst yet.

They cleaned up against the also-slumping Pittsburgh Penguins and pulled off a controversial OT victory over the St. Louis Blues, but those are the only wins Mike Babcock’s skaters have managed to take home in their last eight games; considering they’ve only played three games against playoff teams in that time frame, the alarm bells should be going off.

The hope was that Pavel Datsyuk‘s impending return would help stabilize the team’s on-ice performance and the situation in net would settle down, but there’s more bad news on the horizon — sophomore skater Riley Sheahan is out with an upper body injury, and there’s no clear timetable for his return. That means that even if Datsyuk is cleared to come back by this weekend, the team will be without either Sheahan or veteran forward Erik Cole, who the team acquired around the trade deadline to help with offensive depth.

Although this is only Sheahan’s first full NHL season, he caught the attention of fans last year with his nine goals and fifteen assists over only forty-two games of play. This year, he’s contributed an impressive twelve goals and twenty-two assists over seventy-three games, contributing on the man advantage and eating up a decent chunk of ice time each game. His absence from the lineup will force the team to either rely even more on the scorepower of their top offensive contributors (Datsyuk and Tomas Tatar headlining that group) or hope that the rest of the team’s secondary scoring can make up for Sheahan’s absence.

They’ll also have to hope that the goaltending situation can rectify itself enough to compensate for the loss of offense — there’s already a struggle to be the team netting more goals each game, and that could get worse if backup Petr Mrazek can’t shine as the interim starter. Babcock has already made it pretty clear that veteran Jimmy Howard has lost his starting privileges for the time being, but that means that Mrazek will need to be consistent in his stead.

There’s no worry of the Red Wings losing out on a playoff spot, but the play they’ve brought in recent weeks looks pretty consistent with that of a team ready to make an early first round exit. That will have to change if they want to advance farther than they did in 2014.