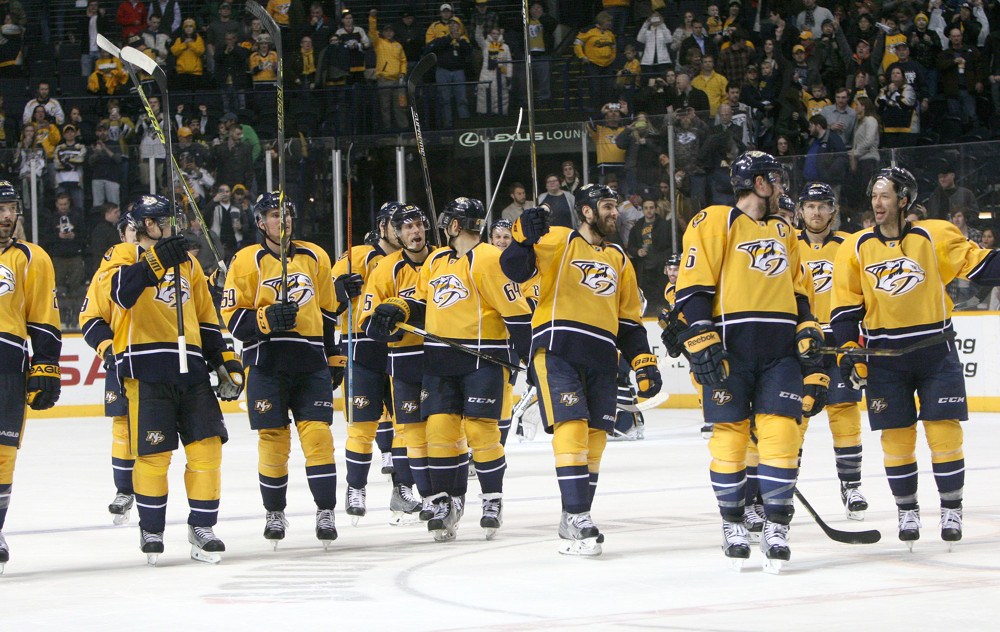 The Nashville Predators and St. Louis Blues are set to battle down the stretch for the Central Division’s regular season crown. The Blues currently sit atop the division with 97 points, with the Predators sitting just a single point back. Both have nine games left on the slate, but Nashville may just hold the advantage as the regular season comes to an end.

The Blues are on the tail end of a season long six-game road trip at the moment. While the trip started off well with back-to-back shutout wins over the Dallas Stars and Calgary Flames, the games following haven’t turned out as planned.

The Blues now find themselves on their second longest losing streak of their season as they’ve dropped three games in a row (0-1-2). With a visit to Pittsburgh to take on the Penguins on Tuesday night it makes five of the six teams they’ve faced during the trip playoff teams as of Monday.

The Blues may not be playing their greatest hockey of the year but it doesn’t compare to the bad play we’ve seen from the Predators over the past month.

Nashville is 5-8-2 dating back to February 21 with all five of those wins coming against non-playoff teams including two wins over the Buffalo Sabres and another over the Arizona Coyotes.

Some may be confused on as to why the Predators have a better chance of finishing first over the Blues, who are 5-3-2 in their last 10. The clear-cut answer is the schedules that lie ahead for each team.

The Predators have had an incredibly busy month of March. They have already played two sets of back-to-backs with another yet to come on March 28th and 29th. The longest break the team has had in the month was three days between March 17th and 21st. They are due for some recovery time and that is exactly what they get in April.

All five of their remaining games for this month come against playoff teams (3 Eastern, 2 Western) and it will be important for them to finish the brutal stretch off with at least two to three victories. Following this, they get the Dallas Stars twice and the Colorado Avalanche once, both teams that may just be trying to play spoiler, and one matchup at home against the Minnesota Wild.

Just four games in the month of April to close out the regular season with no back-to-backs and a somewhat light load as they head into the postseason for the first time in two years.

Things aren’t as easy for the Blues as they come down the stretch towards the postseason. With six of their nine games coming at home they do have an edge there over the Predators, but seven of their nine games left come against teams holding onto playoff spots at the moment.

The most daunting part of their remaining schedule looks to be their final four games with two matchups against the ‘Hawks plus the Winnipeg Jets and Wild on home ice. The Blues are 1-2-0 against Chicago and Minnesota this season.

The two contests against Chicago are bound to be battles as they always are, as the two teams always seemingly bully each other around and it may serve as a preview of a first-round playoff matchup. Six games in nine days in the month of April compared to the Predators’ four games in the month of April doesn’t seem advantageous for the Blues.

Neither team has an easy road ahead, but with Nashville getting some much-needed rest at the end of March and into April they may hold the advantage as the final nine games of the season get underway tomorrow night. One thing is for certain, the battle for the Central is set to be some extremely entertaining battle. 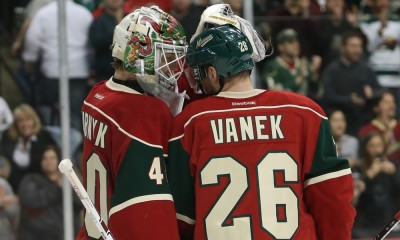