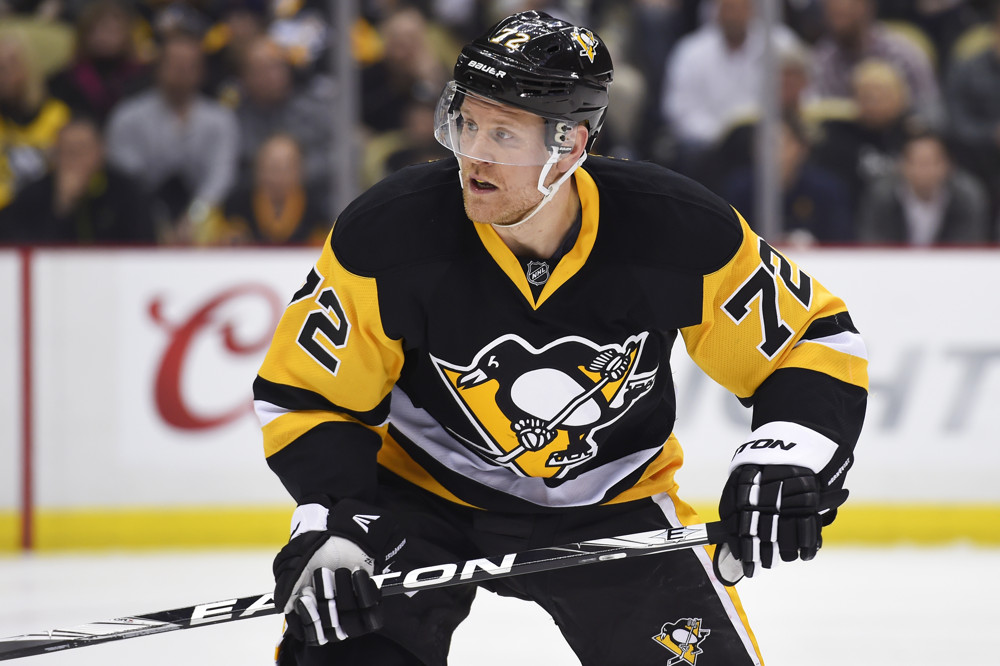 As it stands right now, the Pens will have to suit up against the President’s Trophy winning New York Rangers in the postseason. The Blueshirts can roll four forward lines without a sweat. They’re big, physical and are rock solid in net.

The combination of Henrik Lundqvist and Cam Talbot give the Rangers arguably the best goalie tandem in the league.

Pittsburgh’s struggles have been partially due to the overwhelming number of injuries they have endued, but mostly because GM Jim Rutherford has ruined a once promising lineup. Gone are players like Robert Bortuzzo, Simon Despres, Marcel Goc, Rob Klinkhammer and their replacements have been Ben Lovejoy, Ian Cole, Maxim Lapierre, Daniel Winnik and David Perron.

Other than Cole and Winnik, the rest of these additions to the Penguins have been flops. The one element that all of these players lack is physicality and sound defensive play. Lapierre was known as a defensive ace before coming to Pittsburgh. In 34 games with his new club he is a minus-13 skater. Even when Perron was producing at a point-per-game pace, he was still a minus-4 skater and after 42 games he is a minus-8.

The Penguins issues go beyond the trade deadline additions. All-Star defender Kris Letang will not play until next season and Christian Ehrhoff will probably join him on the sidelines. Their injuries combined with Derrick Pouliot’s recent injury has forced the Penguins to play just 5 defenders. With no salary cap room (thanks to the Winnik addition) they will play their last regular season game shorthanded again.

The state of the Penguins defense right now is a fireable offense if you're the general manager.

Penguins’ defender Paul Martin is exhausted and Rob Scuderi and Lovejoy are being exposed for what they are with large roles—bottom pairing defenders. Veteran call up Taylor Chorney has done his best to fill in, but he is nowhere near a NHL caliber defender.

That doesn’t even begin to cover this putrid forward unit. Here’s a list of players who are actually performing at a playoff level.

No other forwards on the roster are helping these three. Malkin himself is actually playing injured for the Penguins because they need him to. Crosby and Hornqvist has been all over the ice and have been, arguably, the most explosive skaters in the league over the last week.

I sat down one on one with Patric Hornqvist last night after the disappointing loss. Here’s what he had to say about potentially being tired and how the Penguins start converting on the many chances they’re getting.

I think if we do the exact same thing we did today, we should be fine tomorrow. At least we’re playing good hockey, that’s why we play 82 games, to determine who the top teams are. We need to keep doing the same things, because we’re playing very well just have been unable to capitalize on the chances. No I’m not tired at all, I think we just have to start getting some “puck luck” it’s not happening for us right now. We just need to keep doing what we’re doing and we’ll have a good chance to win tomorrow.

While it’s a good thing to be confident coming into your last regular season game, they’re playing the Buffalo Sabres, one of the worst teams in the league. While ownership and management are in full “tank modeâ€? for the chance to draft Connor McDavid or Jack Eichel, the players will still be very motivated. The Sabres’ players are playing for contracts, pride and will try to end their season on a high note for their fans.

Pittsburgh is a mentally fragile team. Scuderi even used that specific word to describe their recent play. Another anonymous Penguin told me this:

When adversity sets in and things aren’t going our way, we fall apart easily.

Regardless of whether or not the Penguins sneak into the playoffs, they won’t last long. The entire organization needs an overhaul, from top to bottom. The roster features many old and overpaid players, it’s a weak group and frankly, it did not seem like they believe in themselves.

Get Slapshot In Your Inbox