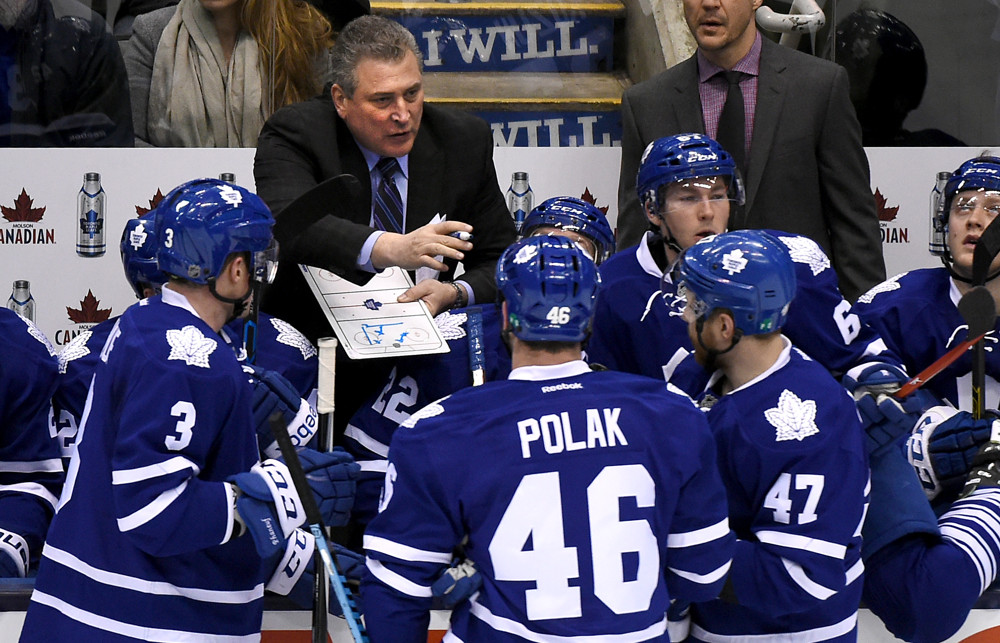 To be completely fair to Buffalo, calling the 4-3 shootout victory pulled off by the Toronto Maple Leafs a ‘comeback victory’ is fairly egregious — but it’s the closest the Leafs have come to pulling themselves out of an early game slump in weeks.

After a disastrous, tank-friendly first period that saw both teams fire off two goals apiece, the Sabres dominated the play in the second twenty-minute stretch — they outshot the Leafs by a combined 21-12 in the first forty minutes of the game, and pulled ahead for a 3-2 lead heading down the final stretch.

Then, the Leafs — who went from leading the league in goals per game over the first half of the season to sitting in dead last in the same category since December 1st — woke up.

After the game, head coach Peter Horachek attributed a dominant third period (in which the Leafs outshot the Sabres 17-8 and tied up the game) to more ‘yelling’ — and whether he meant by himself, the players, or the unusually raucous fans in attendance at the Air Canada Centre, the Leafs used their newfound motivation to force an overtime period.

The Sabres held on through a surprisingly exciting five minutes of overtime play before falling in a shootout; Horachek’s lone scorer was Tyler Bozak, while netminder Jonathan Bernier turned aside all three Sabres attempts to pull out a win.

Although this dropped the Sabres to five straight losses, though, the Leafs have slightly more cause for concern after tonight.

The top line for the Sabres — consisting of Tyler Ennis, Matt Moulson, and Johan Larsson — pulled out three points apiece throughout the game; each one of the trio chipped in with a goal, and the team as a whole combined for four successful penalty kills. The same couldn’t be said of the top line for Toronto, with Phil Kessel and Tyler Bozak in particular playing one of their more apathetic games until the third period rolled around. Instead, the Leafs were largely carried by their bottom six; depth forwards such as Zach Sill and Brandon Kozun had a bigger impact on the first half of the game than the big names. As a matter of fact, Horachek didn’t put winger Joffrey Lupul in until the third period was down to only seven minutes; with the team’s more elite players getting put in the doghouse over stupid plays and lack of effort, the Leafs looked every part the unhappy team former teammate Olli Jokinen has accused them of being.

With the win, the Leafs pull ahead of the Carolina Hurricanes for sole possession of twenty-sixth in the league; with the Sabres’ single point pulling them up to forty-two points on the season, they still sit in dead last. That’s unlikely to change any time soon.