Last offseason the first article I ever wrote was why the Pittsburgh Penguins should not trade James Neal away. While it wasn’t the best article I’ve ever written, I was right from the start. Trading away Neal was a mistake then, now and will forever be one.

Let’s look back at who James Neal was with the Penguins: A power-forward who scored 40 goals playing alongside star center Evgeni Malkin and was signed to a very cap friendly contract given his production.

Pittsburgh GM Jim Rutherford is in trouble as his trades and signings have backfired and rumors have begun to circulate that he will be fired or “resign” at the end of the playoff run. Trading away Neal was the first mistake in a poor season for the veteran GM.

Ray Shero might have made some bad signings in the contracts of Chris Kunitz, Pascal Dupuis and Rob Scuderi, but Neal’s deal was a steal. When healthy he’s shown he can produce 40 goals in a season and was always a consistent threat to score on the second line. A scorer on the second line who isn’t named Malkin would really be refreshing right now.

Neal’s contract is a 5 year/$25 million with an even $5 million cap hit per season.

How could the Penguins have afforded to keep him instead of making that trade? When they dealt Neal for Patric Hornqvist and Nick Spaling they actually decreased the amount of cap space available. Then if Rutherford then doesn’t sign Christian Ehrhoff, that’s $4 million more saved on the cap. Remove Spaling’s $2.2 million cap hit and you can easily keep Neal while maintaining the current roster.

Furthering the trend of poor decisions, Rutherford’s associate GM told him not to get Spaling in the trade because it would cause cap problems from the start.

@kovalevrulz27 Botterill told Rutherford point-blank not2 get Spaling b/c it would cause cap probs. Fact.

The salary cap woes are Rutherford’s fault, but the most frustrating part is that it was an easily preventable situation.

Neal’s cap hit really wouldn’t have been an issue if the right moves are made. The worst part is that a big factor in the Penguins’ cap problems stem from captain Sidney Crosby, but not in the way you might first think.

The reason why Dupuis and Kunitz are locked up on $3 million-plus contracts is because Crosby went to management and pushed to keep his wings. While he might enjoy playing with them, they are 35 and 36 years old and now under contract for two more seasons.

It sets a very poor president to listen to one of your star players, but not the other. Malkin’s chemistry with Neal on the ice was probably the best I’ve ever seen and they shipped him off anyway.

The bottom line is that Pittsburgh could have attained Hornqvist without sending Neal away. Critics are quick to cite Neal’s tendency to take penalties and “disappear in the playoffs.”

Have you looked at the Penguins this season? They led the league in penalty minutes taken without James Neal. They brought in players like Steve Downie and David Perron who are more undisciplined than Neal ever was.

I can’t argue that Neal didn’t take penalties, but the good he did vastly outweighed the bad. The second point is his “playoff disappearances” in four playoff runs with the Penguins, Neal was a non-factor in two of these runs. The first one was back in 2010-2011 when he first joined the Penguins and was expected to generate offense without Crosby and Malkin (that was the year of their season-ending injuries).

The other playoff run was last postseason and his final games with Pittsburgh. He played in 13 contests, scored two goals and assisted on two more. The reason why Neal “disappeared” in this playoff series is because former head coach Dan Bylsma was playing Crosby and Malkin on the same line. That left Neal on the second line alongside Brandon Sutter and a rotating wing.

In other words, the Penguins top loaded their lineup and dared opposing teams to beat their super line. History shows that the top line was shut down, allowing teams to defend the second line with Neal as the focal point. They defended him like Crosby and Malkin; as soon as he touched the puck there was a stick or body on him within seconds.

Sutter then had more space to work with and had that great postseason run. He was awarded a two-year/$6.6 million contract. If Sutter has shown one thing this season it’s that he doesn’t deserve that contract and never did. Neal was the only reason why Sutter was able to play so well and earn that deal.

Fast forward to the present, the New York Rangers are shutting down the Penguins offense. Their defensive unit is fierce and they are excellent at closing lanes and forcing the play wide. However, the Penguins don’t have the physicality to overcome this and don’t have the speed to get around the outside.

Wouldn’t it be nice to have a 6’2″ power-forward to clear space right about now? 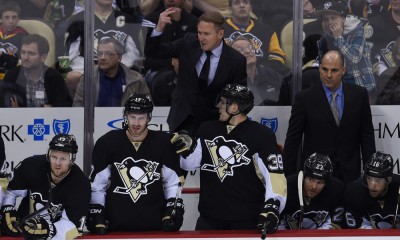 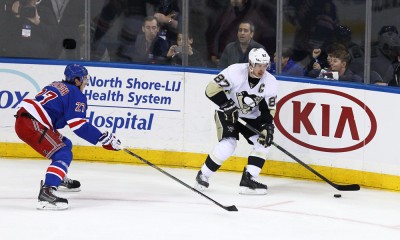 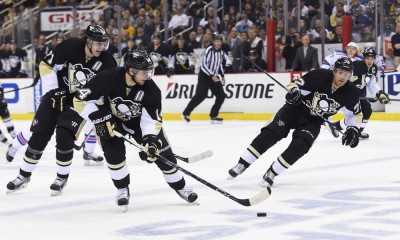 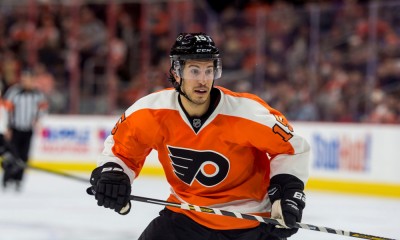 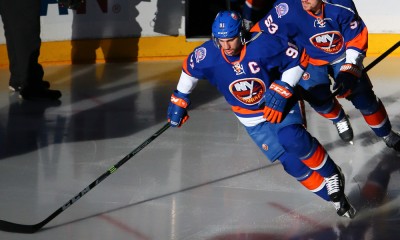 Capitals Need to Play with Urgency