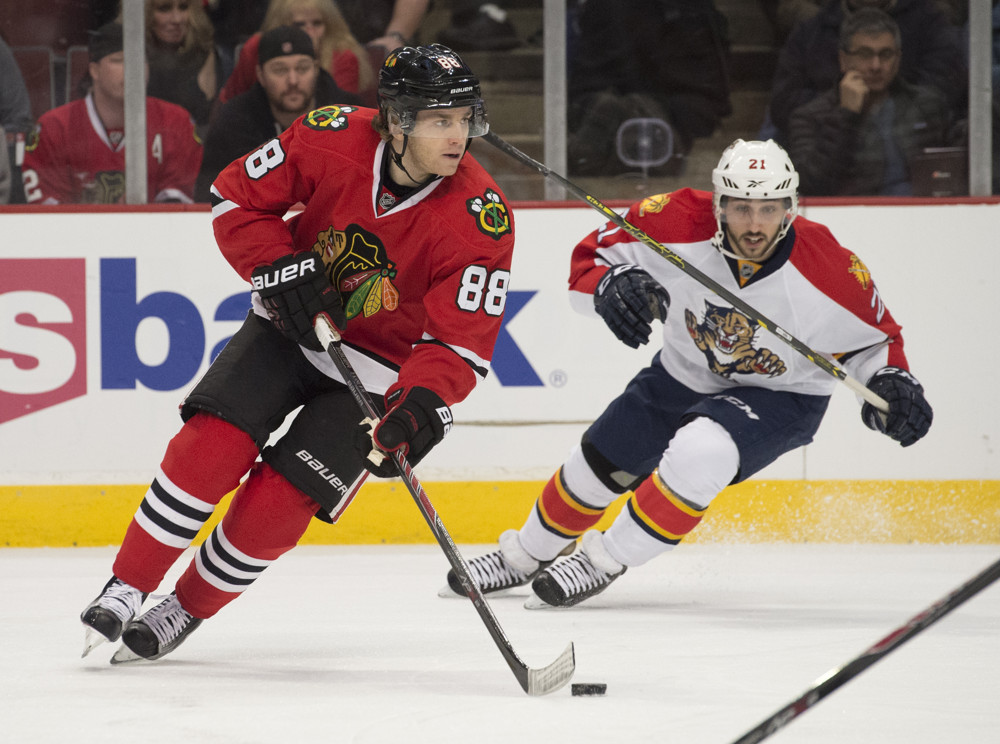 The Chicago Blackhawks lost Patrick Kane with a broken clavicle back in late February, when a hit during the team’s game against the Florida Panthers on February 24th took him out of the lineup for the remainder of the regular season.

He’s been back on the ice since April 2nd, when the team confirmed that the winger would be practicing by himself leading up to the post-season — but reports after practice on Sunday suggest that he’s nearly ready to return to the lineup.

According to Pat Boyle of CSN Chicago, Kane — who has been skating separately from his teammates since the start of the month, and looked to be ahead of schedule in his return — looked ready to be taken off the team’s no-contact list as early as Monday morning. Based on that as a revised timetable, there’s a possibility that Kane could return to the lineup as early as the start of the first playoff series — cutting his recovery period nearly in half.

At the time of the injury, it was expected that Kane would be out for around ten weeks; he went in for surgery on his shoulder just days after the injury happened, but it was expected to be a lengthy recovery. Assuming Kane is back by Game One against the Nashville Predators — to use an early estimate as his quickest possible return — he would be back April 15th, just over eight weeks from the day he left Chicago’s game against Florida. All things considered, that’s a pretty quick recovery.

His return to the lineup could be the turning point in a series between Chicago and Nashville, particularly if the injuries to key Predators skaters prove to be more than the team is currently letting on. Shea Weber, Mike Fisher, Roman Josi, and Cody Franson were all held out of Nashville’s regular season finale with various injuries — although the team listed all four as day to day, any more serious problem would offer Chicago a clear advantage with a healthy Patrick Kane on the ice.

Of course, there’s been no confirmation yet as to whether Brad Richards — out for the final two games of the regular season with the Blackhawks — and Kimmo Timonen will be back to full strength by the start of the post-season. Regardless, the return of Kane would be nothing short of game-changing for the Central Division franchise.