The Ottawa Senators have been pushing to make the post-season since the start of the year.

Of course, every NHL team wants to see a playoff berth. It would be ridiculous to say that there was ever a team that wanted to be bad (barring, of course, the McEichel hysteria and all that subsequently entailed) — but for the Ottawa Senators, whose GM Bryan Murray was diagnosed with late-stage cancer in November, there’s been a sense of urgency all year.

The team did the unthinkable; they reached the post-season just two months after sitting fourteen points outside of a playoff berth. Then, the unthinkable happened — assistant coach Mark Reeds, who had recently been hospitalized with pneumonia during cancer treatments of his own, passed away on Tuesday.

Now, the team’s honoring him in their own little way.

The #Sens will have a new addition to their helmets for the duration of the playoffs. #letswinitall pic.twitter.com/zMBSz1M59N

The diminutive ‘MR’ decal on their helmets is barely noticeable unless you know what to look for — but it’s a common practice among athletes to use patches or decals like this as reminders of who they play for. Right now, that’s Reeds.

Captain Erik Karlsson took to his off-beat blog to write a few quick words on Reeds’ passing; articles were posted by his former teams both on the ice and behind the bench, as the tenured NHLer spanned seven rosters and stood as head coach for four minor league teams before heading to Ottawa in 2012.

The Senators have already been the feel-good story of the NHL. Following injuries to both starting netminder Craig Anderson and backup Robin Lehner, the team turned to AHL starter Andrew Hammond — who had never skated out in an NHL contest and was struggling to hit a .900 SV% in the minor leagues. With Hammond backing the franchise, though, the Atlantic Divsion team went from the bottom of the league to a Wild Card race, watching as Hammond earned twenty wins in his first twenty-four appearances and posted three shutouts. Now, they’re taking on the Montreal Canadiens — starting in GM Murray’s home province of Quebec, nonetheless — and hoping that they’re slightly stronger possession numbers can earn them the edge over the only goalie hotter than Hammond, Carey Price.

A team with something to play for always seems to push themselves a little bit harder, though. Following his mother’s passing in Spring of 2014, New York Rangers winger Martin St. Louis lit up the post-season on a Cinderella run for the ages with the Metropolitan Division team. This season, the Senators have an assistant coach they won’t forget and a GM they feel the need to fight for — and with resounding support from around the league, the Sens may be this seasons ‘happy ending’ franchise.

Their social media rally cry has started to make the rounds, and it’s likely to pick up when the puck drops at the Bell Centre at 7P.M. #LetsWinItAll, indeed. 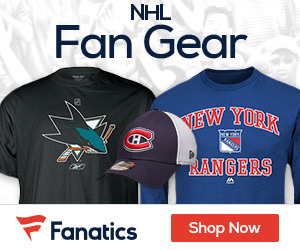