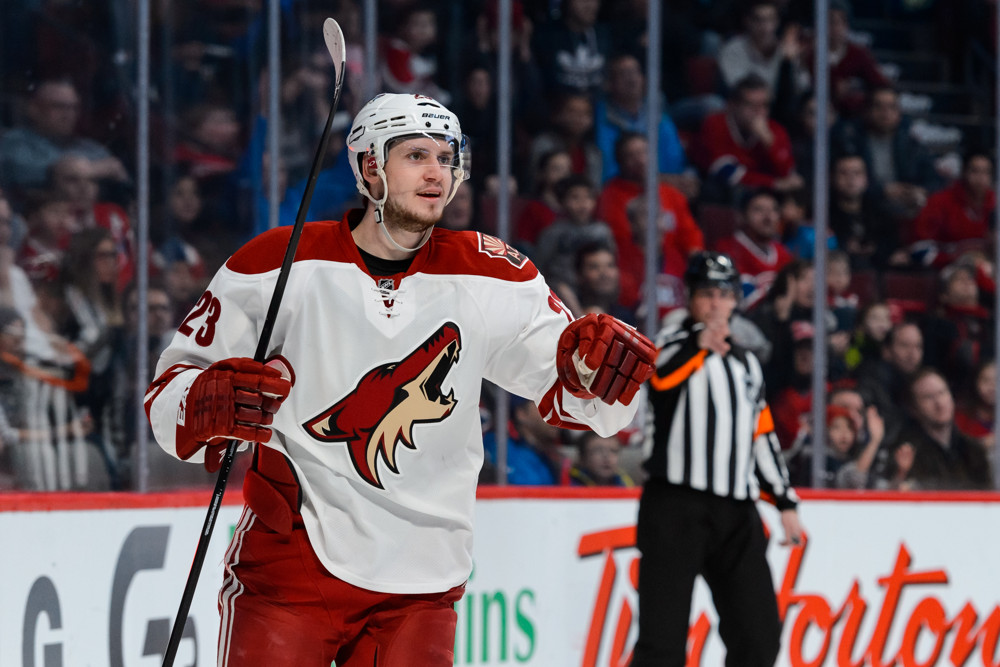 The game between the Buffalo Sabres and the Arizona Coyotes on Thursday was somewhat of a strange affair. Sabres fans were celebrating after the Coyotes won the game in overtime, as it brought them one step closer to cementing that last spot in the league and a better chance of landing Connor McDavid at the draft this summer.

But Oliver Ekman-Larsson was the big story from the game as he made history when he scored his 21st goal of the season, making him the first Swedish-born defenseman in the league to score more than 20 goals.

#Coyotes Oliver Ekman-Larsson has 21 goals this season, which is the most in a season by a Swedish-born defenceman in NHL history.

The previous record (20) was held by Nicklas Lidstrom, Erik Karlsson and Fredrik Olausson. At 23-years old, OEL has written himself into the history books. And there are still six games left to play for the Coyotes before the season ends. Ekman-Larsson was very humble when asked how it felt to break the record.

“It’s a pretty strange feeling,” Ekman-Larsson said. “These are all great players, but there are still a couple of games left and Erik [Karlsson] can get hot so we’ll see what happens.” Karlsson is two goals behind OEL with 19.

The Senators have eight games left, so it will be an interesting battle between OEL and Karlsson to see who ends up on top. With 21 goals Ekman-Larsson leads all NHL defensemen, and he’s well on his way to tie or surpass his career-best 44 points that he had last season.

OEL was quick to praise the players that came before him when asked to describe why a small country like Sweden produces so many good defensemen. “I think a lot of is because of players like [Nicklas] Lidstrom , [Niklas] Kronwall and many more that have been great role models that we all watched growing up.” OEL said. “Together with the great coaching staff that we have in the [Swedish] clubs, that why Sweden has been so successful.”

Ekman-Larsson has been one of very few positives for the Coyotes this season. He keeps growing with each game, and he thoroughly deserved the A he got on his jersey after the team traded away Antoine Vermette and Keith Yandle. He leads the Coyotes in goals and overall scoring, and is one of few defensemen to lead their teams in scoring.

He’s been compared to Lidstrom on several occasions, and that probably won’t go away now that he has broken the record that Lidstrom held, but OEL isn’t faced by the extra pressure that comes with breaking the record.

“It’s really flattering, for me he [Lidstrom] is the world’s best defenseman of all time,” Ekman-Larsson said. “It puts a lot of pressure on me, but if you can’t live with the pressure you wouldn’t be playing this sport.”