Oliver Ekman-Larsson has been on fire all season.

At 23, he’s one of the youngest elite pairing defensemen in the NHL. He’s fresh off his first appearance in the All Star Game, and a rebuilt Arizona Coyotes franchise could see him earn his first Norris Trophy before too long.

With his two goals against the San Jose Sharks on Saturday night, though, he’s sitting on twenty-three goals for the year — which is not only setting the pace for goals scored by a Swedish defenseman, it’s setting records within the Coyotes franchise itself.

Prior to scoring goals twenty-two and twenty-three of the year, Ekman-Larsson was two tallies shy of the current record for goals scored by a defenseman within the Arizona Coyotes organization. Phil Housley, who scored twenty-three goals in each the 1990-1991 and 1991-1992 seasons with the Winnipeg Jets, has been in sole possession of the franchise record for over twenty years now. With three games to go on the season, Ekman-Larsson only needs to find the back of the net once more before the season’s end in order to break the record Housley set the year before Ekman-Larsson was even born. Even now, he’s the only player on the team since relocating to Phoenix who has managed to hit the sky-high scoring total; even if he doesn’t break Housley’s record this year, he’s at least brought a Coyotes jersey into the conversation.

His two goals helped the Coyotes pull out a 5-3 victory over the San Jose Sharks as well, earning the team their first regulation win since February 3rd. Not bad, considering he’s the team’s new alternate captain in the wake of the Keith Yandle deal; if there was any concern that the Coyotes didn’t have direction moving forward, this may be putting those accusations to rest.

He’s not just making waves in Arizona, though.

The second highest goal-scoring defenseman in the NHL, Erik Karlsson, has twenty goals on the year; he’d need three more to even meet Ekman-Larsson’s numbers, and that’s assuming the Coyotes blue liner doesn’t add any more tallies to his current arsenal. After them, Dustin Byfuglien (18) and Brent Burns (16) have the most tallies — and both are blue liners who also spend time playing a forward position. Most defensemen in the league — offensive or not — struggle to score half as many goals as Ekman-Larsson on the season, and many play for clubs that have struggled far less than Arizona. Karlsson and Ekman-Larsson are in a class all their own, and even among the pair Ekman-Larsson is pulling ahead.

He’s also putting in good work in all situations; in addition to being one of Arizona’s penalty killing blue liners in the absence of former top line pairing Zbynek Michalek, Ekman-Larsson leads the league in power play goals scored by a defenseman, adding ten tallies on the man advantage.

To put that in perspective, that’s a number that he shares with Sidney Crosby, Jakub Voracek, Jeff Carter, and Zach Parise. Not bad company for the young blue liner to be keeping.

Following the Coyotes victory, the team’s official website quoted Ekman-Larsson as saying that fans shouldn’t come to expect this. “I’m just happy to score some goals and I’m just going to try to keep shooting; see if I can find a couple more here,” said the young skater; he didn’t want people to presume he’ll be a twenty-plus goal scorer every season.

Considering he’s only twenty-three himself, though, he may not want to be so sure of that. 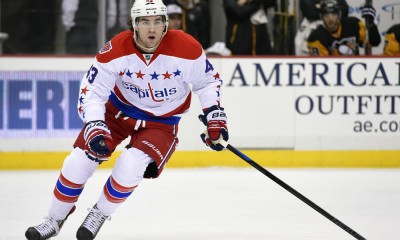 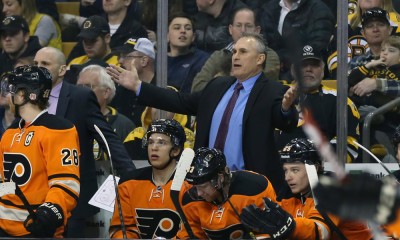 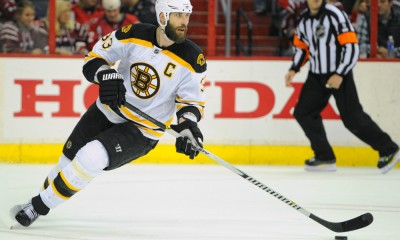 Zdeno Chara With Torn PCL For Bulk of Season 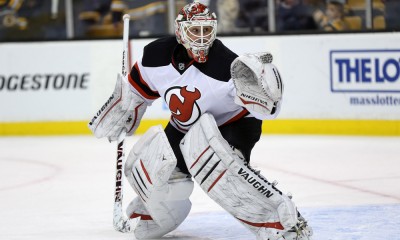 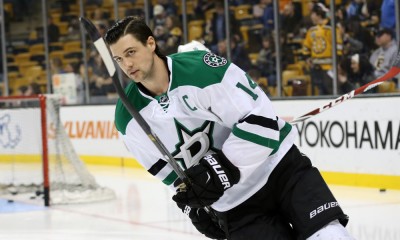 Jamie Benn to Have Hip Surgery 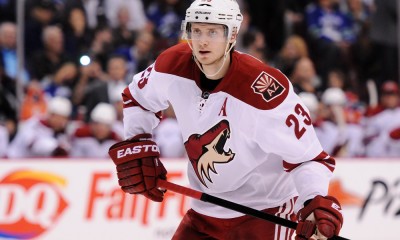