Jeff Skinner loves life with the Carolina Hurricanes, but knows that a team in transition could certainly contemplate moving him in the offseason under the right circumstances.

“That’s something for management to figure out. It’s not something I think too much about because there’s no control. It’s something you have to be aware of because it’s part of the business, and it could happen. But sometimes it’s tough enough worrying about what you can control in this business and it’s a little too much to worry about what you can’t.

Barry Trotz feels that one factor in there being fewer goals scored in the NHL these days is related to an evening off of the higher-end talent level.

“The gap between the absolute top players and the others isn’t as wide,” Trotz said. “When Wayne Gretzky played, he was so far ahead of everyone else in terms of ability. The gap now isn’t as wide between the average player and the superstar. It’s become a workman’s league.”

Gretzky himself made similar comments a few weeks ago.

“The commissioner wanted parity in the league and he’s got that wholeheartedly,” said Gretzky. “There are 16 teams that get into the playoffs and legitimately any one of them could get out of their conference this year. That’s what the league wanted and they did a nice job. But I don’t know if they anticipated the parity of the top eight or nine top players, how similar and how valuable they all are to their own teams; how valuable a guy like Tavares is to the Islanders, Voracek to the Flyers, Crosby to the Penguins, and so on. I don’t know if we’ve ever seen in hockey so many superstars that are so equally matched at this point in their careers. It’s parity in teams, and it’s parity with the superstars, that’s pretty good for hockey.”

On the subject of Trotz, Washington Capitals GM Brian MacLellan reflected on his own first year in that role and how the timing was perfect for Trotz to come in and coach this team.

“I think they were ready for it,” MacLellan said. “I think we had an experience at the end of last year that created an environment that people were more open to hearing Barry’s message. Barry’s an experienced coach. He’s been in the league for 16, 17 years. I think that carries weight. His message carries weight.

“I think he’s easy to like as a person and you have a lot of respect for the things he says and way he wants a team to play. I think he’s been good at holding guys accountable when they stray off that way of playing and as the year’s gone on, everybody’s bought in and it’s been better and better as we’ve gone.

Jarmo on captain: "Somebody is going to rise from the group, and going to be obvious choice. We're going to have a captain next year." #CBJ

A clear message there from Columbus Blue Jackets GM Jarmo Kekalainen on Monday, following a weekend where several of the team’s veterans voiced the need for the team to finally resolve the situation of having not had a captain since Rick Nash was traded in the summer of 2012.

“What it does is allow one guy to have coaches talk to, to have management come down and talk to,” Nick Foligno said. “It’s a guy that really has the heartbeat of the team in mind. I think that’s really good. That’s why every team has one.

“We were in such a transition period, I don’t think we really needed one the past three years. But now we’re on to that next phase where we know what type of team we are, and I think it’s important to have a captain who can exemplify that each and every night. It is a guy you can turn to and know he is going to lead us for a lot of years.

“I know there is a guy in that (dressing) room that can do that.”

Ryan Kesler was acquired by the Anaheim Ducks specifically for this time of year, so how is the center faring health-wise right now?

“I feel good,” Kesler said. “Obviously I play a little less here than I did in Van. I think that helps. One or two less minutes a night adds up over 82 games, right? I feel ready. I’m excited.

As Ken Hitchcock mulls his choice of a starting goaltender against the Minnesota Wild, he had an insightful answer into why Brian Elliott has fared well against the Wild and may be a better match-up.

It’s no secret that the Chicago Blackhawks will be facing some tough cap-related choices this summer, which makes the potential of a deep playoff run this spring that much more important.

Not too dissimilar to what the Hawks faced in 2010, albeit not on a stage of change set to be as dramatic now as it was then for the franchise.

“You’re always worried about winning the Cup in that year,” Joel Quenneville said. “You never know what the picture’s going to look like the next year. You look at how tough our division is, you know how hard it is making the playoffs. This year, I think every single team probably feels they’ve got a great chance of winning the Cup, better than any other year. You should always feel like that, let alone in a year that might look like your window might be closing. You’ve always got to approach it like this has got to be the year to win the Cup.”

It’ll be interesting to see how the Colorado Avalanche approach potentially landing a free agent defenseman via free agency or trade this summer.

When it comes to the franchise and the cap, team president and governor Josh Kroenke offered this:

“You can compete for a Cup in a lot of different ways. We’re going to be a cap team when we feel we need to be a cap team, but we’re also going to be cautious with the hard-cap system. You can get yourself into a position where you could be hamstrung going forward. But we have a great young corps and we’re excited to keep building.”

Then-Flames GM Jay Feaster asked Craig Conroy to meet with Bob Hartley three years ago when the team was considering hiring Hartley as its head coach.

“Jay said ‘I know Bob so well and I don’t want to influence it so go meet him in Vegas,’” recalled Conroy.

“I ran into Bob in the casino at Bellagio and we had a nice chat but the next day we had a four or five hour meeting in (then-assistant GM John) Weisbrod’s room and Bob had video and everything. He talked about how he wanted his team to play and what he was looking to do. Because of Jay he’d watched our team a lot (while coaching that year in Zurich) and he knew our team front to back.

“I remember calling Jay afterward and saying ‘this guy…I’m pumped.’ He sold me. You’re pretty pumped up and you’re thinking ‘if he can do what he says he’s going to do… wow.’

“He said ‘I’m going to get you x amount of points, he mentioned his seven-game segments and how he’s won championships in every level, and his mentality. It was amazing. He had a real plan.”

Teammate Bryan Little has seen it all first-hand, and has a deep admiration for the way Ondrej Pavelec has battled through tough times in Winnipeg to rebound with some stellar goaltending when his team needed it most.

“No one’s had to go through as much adversity as he has,” said Little. “There was a time when a whole lot of people believed they should ship him out or he wasn’t even a starting goaltender in the NHL. Without him, I don’t think we would have gotten to the point where we are right now. He’s really put the team on his back and played some of the best hockey I’ve ever seen him play.”

One of the tasks for the Philadelphia Flyers this summer will be to figure out whether guys like Brayden Schenn, Sean Couturier, Matt Read and perhaps others have that next level to which they can ascend.

“That’s exactly the kind of things Hextall has to determine,” Flyers chairman Ed Snider said. “It’s a very difficult thing. It’s one thing to say what you think someone can be and it’s another thing for them to be it. You can’t say they should do this or that. They are who they are. They accomplish what they accomplish.

“I don’t necessarily agree with you, but we all know Matt Read had an off-year and players have that from time to time. Why? All those things have to be evaluated by Hextall and decide what it all means.”

Whether or not the Flyers retain head coach Craig Berube may play a large part in how they handle Vincent Lecavalier’s future with the team, but the veteran forward still thinks he can play the game.

“I still believe in myself,” Lecavalier said. “I still think I can bring a lot to the team, more than not playing and sitting on the bench. To produce, I think you need a little bit of time on the ice and good opportunities, and I didn’t feel that I really got that this year at times.”

Ryane Clowe has been dogged by concussion issues and admits retirement from hockey may be around the corner.

“Yeah. I guess that’s something I’ve thought about more than any other time going through it this year,” Clowe said. “It was all last year and it happened again.

“You have a wife and kid at home so you’re around them a lot more. You have other people who are close and really care about you. It’s tough on them. I’m not going to be selfish and put myself out there knowing the risk. If it ever gets to that, I’ll have to make that decision. It’s not in my hands right now.”

“I think you get into trouble when you congratulate yourself on mediocrity,” Ference said. “I think that’s our biggest challenge moving forward: making sure that the standards for ourselves are higher.

“Look at Calgary. They never accepted the fact that they weren’t supposed to be good. They held themselves to a very high standard all year and were accountable to each other in that room to maintain it.

“That’s something we have to look at and try and emulate. We have to make sure we hold ourselves to a high standard and strive to be better than people expect us to be. A lot of what brings teams success is the complete buy-in to what the coach is saying, a commitment to play a certain way every game, every shift.

“So many times during our year, we talked about inconsistency. We talked about the swings and the ups and downs and just trying to put together a full game.”

Josh Gorges, similar to Ference, is looking for more accountability from his team.

“We’re not going to go through this again. The way things happened, we won’t accept it as players. I’m sure coaches won’t accept it, management, everybody. We need to change the way the culture is here.” 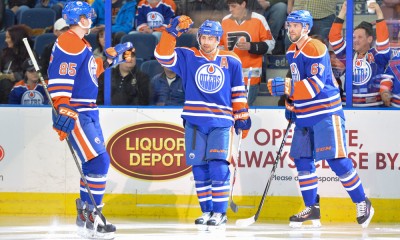 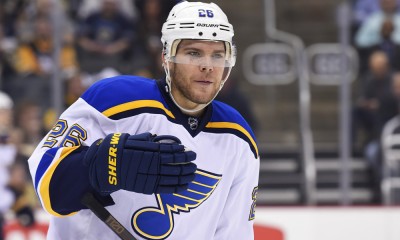 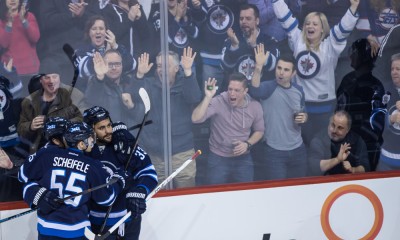 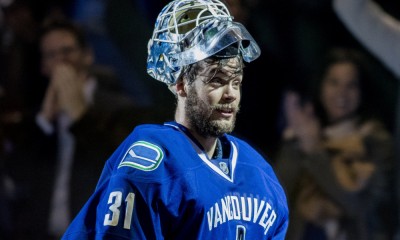 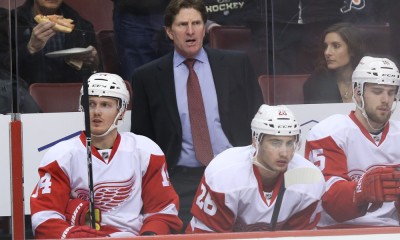 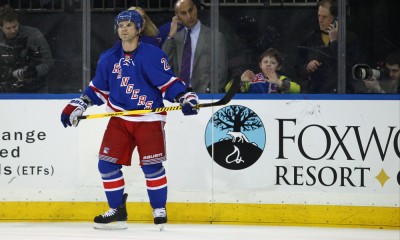 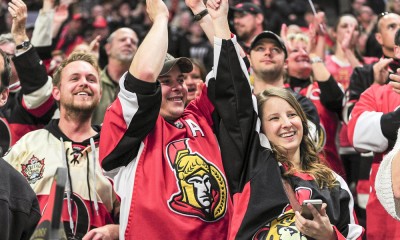 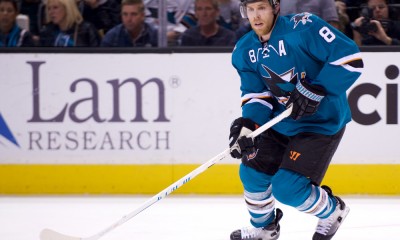 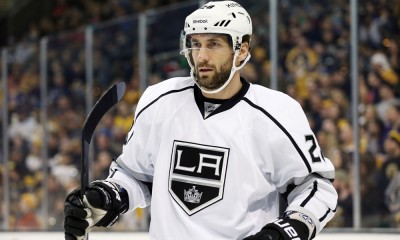 Nichols’ Notes: “Getting In Is Getting In”