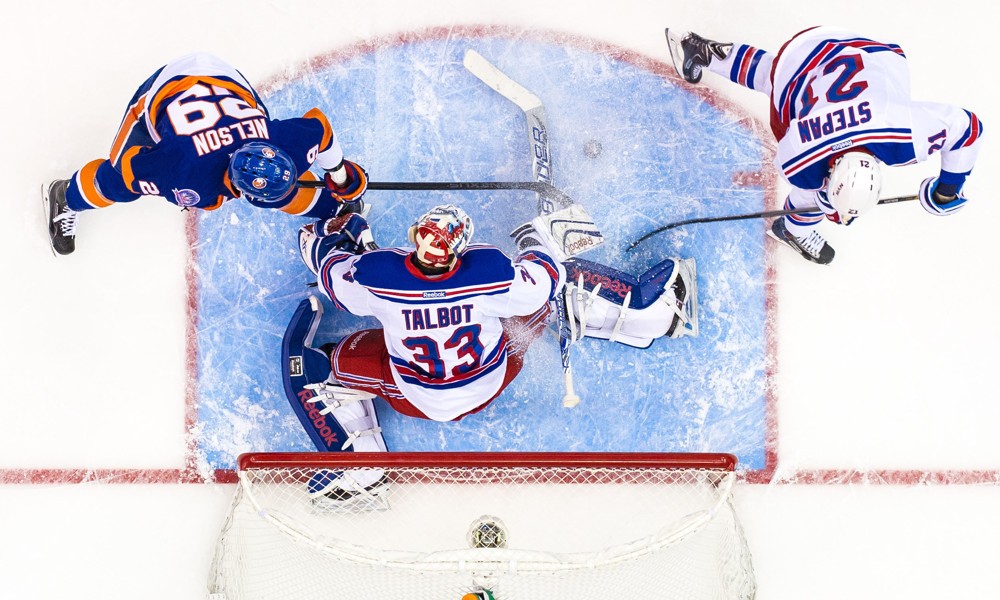 The New York Rangers and New York Islanders are battling for Metropolitan Division supremacy this season, and Rangers legend Mark Messier would love to see the two teams tangle in the post-season.

“It would be great for the area,” Messier said. “It would be great hockey. That’s the kind of thing that makes sports special — those [kinds] of match-ups that have so much meaning behind the scenes. This would be one of those match-ups where, the way both teams are playing this year, that would prove to probably be an unbelievable series.”

The captain of those Islanders, John Tavares, likes the fact that the trade deadline was relatively quiet for his squad since Garth Snow made his big moves leading into the campaign.

“We’ve had a good season up to this point and it’s no secret that we’ve had some good chemistry,” Tavares said. “I don’t think there’s any reason to shake things up. We’ve had a lot of guys who have contributed to where we’ve gotten. Now that it’s behind us, it’s great to go forward with this group and try to accomplish the ultimate goal.”

Going back to the Rangers, interesting perspective shared on Tuesday by former GM Neil Smith.

Smith made several trades which helped lead his team to the Stanley Cup in 1994, so he looked at the Keith Yandle deal made by Glen Sather – which surrendered blue chip prospect Anthony Duclair and a first rounder – while also reflecting on his own trade of Tony Amonte to net Stephane Matteau and Brian Noonan.

“I didn’t want to part with Tony because I knew he would be a star in the league,” Smith said, “but Mike Keenan didn’t share the same views about Amonte.

“. . . I made that deal at the deadline because I figured ‘we’re this close,’ and if (Keenan) feels he has a better chance to win the Cup with the guys I’m telling him I can get — Matteau and Noonan — then Amonte (in his third season), I’ll do it. Because I know they’ll propel our chances this year.

“As a manager and former scouting director, it went against everything in me to part with a young guy like that,” added Smith.

Asked Neuvirth and Halak about the Czech/Slovak goaltending tandem. If @cultureoflosing isn't working on an Odd Couple parody already…

Both goalies laughed about it. Czech-Slovak rivalries exist in national sports and politics, not everyday life. So says Lubo.

Okay, Simon Despres – you hear you’ve been traded to the Anaheim Ducks.

“I found out about the trade around 3:30 Pittsburgh time, and at 4 my agent told me I should leave that night,” Despres explained on Wednesday morning. “But the paperwork wasn’t done, so they couldn’t book my flight yet. When they finally called me about getting a flight that night, I had like 15 minutes to pack. I got on the plane, got to Phoenix and I landed around 1 a.m., which was 3 a.m. Pittsburgh time. So, I was definitely a little tired when I got to the hotel.”

Jeremy Roenick knows exactly how crucial Connor McDavid or Jack Eichel would be to the Arizona Coyotes, should the team be able to draft either.

“They’re franchise changers. They’re organization changers,” Roenick said. “They immediately bring attention and credibility to your team. Connor McDavid is the best thing since Sidney Crosby some say and he’s as good if not better than Sidney Crosby coming out of junior.

“You’ve seen what Sidney Crosby has done in Pittsburgh and what Patrick Kane has done in Chicago. That’s what happens. Look at what Alex Ovechkin did in Washington. Connor McDavid is that type of player. I think Jack Eichel is very close to him. Connor McDavid is still the best player, but if the Coyotes can get one of them, it’s a franchise changer.”

A very sobering and direct look is taken here at the specifics of Mike Ribeiro’s past off-ice issues, which led to a trip to Nashville with Ribeiro and his wife prior to signing with the Predators.

Ribeiro nodded and said, “I understand.”

“Do you want to do this?” Poile asked again.

Players’ lifestyles could be a concern for both home and visiting players, should this Las Vegas NHL team possibility come to fruition.

Gary Bettman was asked about the topic on Wednesday as part of a larger discussion on a potential team in the city.

“As it relates to the players,” Bettman began, “I believe that in this day and age with our players and how professional they are – and even for the youngsters, whether or not it’s the rookie orientation program or what our behavioral health counselors do with the clubs annually, or our security department, and the way our players are the consummate professionals – people will handle themselves appropriately if they go there.

“And by the way, I have no doubt that on a regular basis in the off-season and maybe even during brief breaks during our season that our players – like so many millions of other people – go to Las Vegas to have fun periodically.”

Bettman also indicated that he doesn’t see relocation as part of the Las Vegas equation.

“If we’re doing this, I envision it would be an expansion team,” said Bettman. “I know there’s a lot of speculation. We don’t have any teams that are moving. Our franchises in terms of their current status and their ownership are the healthiest they’ve ever been.”

A 14-year-old hockey player was able to meet his role model, P.K. Subban (along with Carey Price and Max Pacioretty), thanks to his grandmother and one of the best hockey feature writers around.

Why is P.K. so special to young Izaiah Clyke, who has a biracial heritage?

“The things I’ve been called … I figure P.K. has been through that stuff, so it makes me think that if he got through it to become a superstar, maybe I can get through it, too,” Izaiah said.

“I like to model myself after him. He’s happy all the time and I like that. There’s a positive feeling around him.”

What might the post-deadline reaction be inside the Anaheim Ducks’ dressing room, given what GM Bob Murray managed to pull off in terms of trades and non-trades?

“He kept the team intact and added pieces in hockey trades that look like they’re going to be good hockey trades.”

Pending UFA Mark Letestu was grateful that the Columbus Blue Jackets didn’t deal him prior to the trade deadline, for several reasons.

“They could have handled the situation much worse for me,” Letestu said. “I could have gone to a nonplayoff team and been split up from my family. I’ve always wanted to be here. The fact that they kept me around makes me hold out hope that it can still work out.”

“Obviously it would be a great honor,” Tootoo said. “A lot of people counted me down and out. It’s about proving people wrong. I just stuck to my game plan and believed in myself, telling myself every day that I’m an NHL player.” 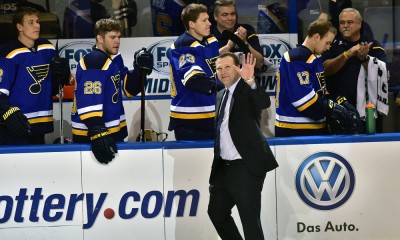 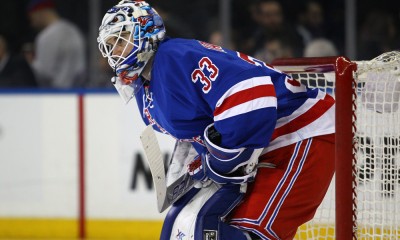