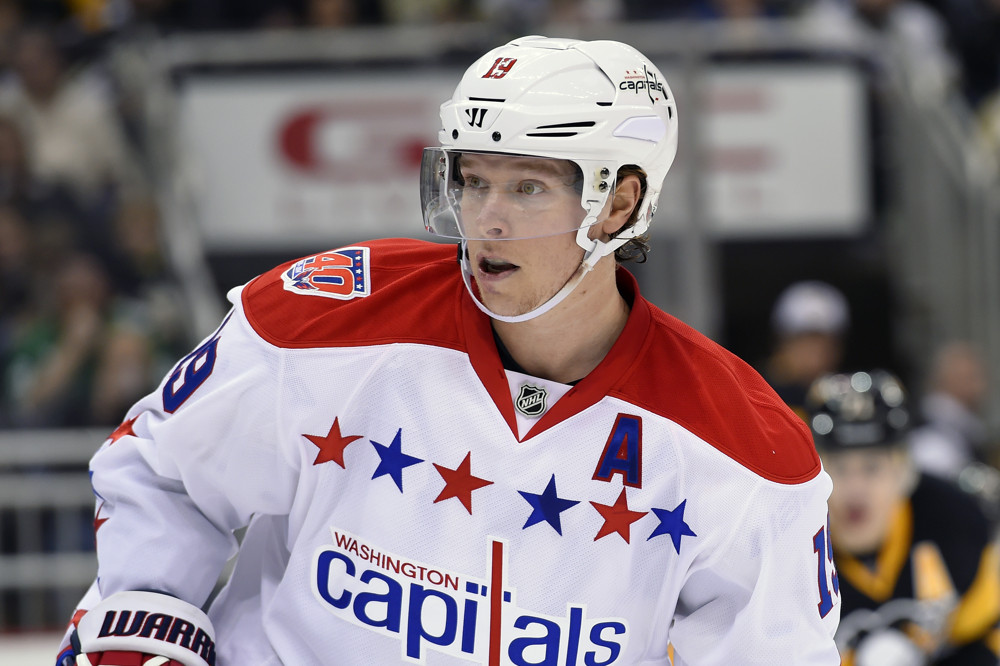 Washington Capitals teammates Alex Ovechkin and Nicklas Backstrom are tied for first in NHL points headed into Thursday night’s action, and it seems like this season Backstrom is finally receiving some long-overdue attention nationally.

“I think he’s the quietest superstar in the league. I’ve said that exact line for years,” Brooks Laich said. “The guy he plays with, No. 8, he gets the headlines, he’s the rock star, right? Nicky’s the guy that keeps the band together.

“Nicky’s the beat of the band. He’s so good all over the ice he’s our quarterback. The best thing about Nick is that every player that he plays with he makes them better, and I think that’s the true testament to a great player is they make everybody else on the ice better, and he does that and it’s with intelligence, it’s with positioning,” Laich explained.

“Obviously everybody knows about his elite skill level, the hands, the vision, but the way he sees the game and understands the game, and his other talent is understanding his teammates, what they want, where they want the puck, when they want the puck, do I have to give it to them now or should I hold it longer with this guy and give it to him when he’s open? Just an elite level of intelligence. Great teammate. Hard worker. The quietest superstar in the National Hockey League.”

Former NHLer Bobby Holik has long-since been one of the better quotes in hockey, and he didn’t disappoint with his extensive thoughts on Scott Gomez (and other areas too).

Holik has been happy to see Gomez succeed with the Devils this season and was asked why things soured elsewhere for the center.

“The biggest problem with teams that cannot succeed is because they don’t identify players’ strengths well,” Holik suggested. “They don’t know what they have in a player and what type of person he is. A scout recommends, ‘He’s got a good backhand shot,’ or whatever. They have no idea what he’s like as a person or as a player when the going gets tough. It happens over and over again.

“With the Devils, first of all, there was nothing to lose. The only way to go was up. Smartly, New Jersey took Scott Gomez as Scott Gomez. They already had Travis Zajac, so they let Scott Gomez be Scott Gomez. It’s a credit to the team and you have to give credit to Scott.”

Arizona Coyotes co-owner and exec Anthony LeBlanc feels the team is undergoing a ‘2-3 year reset,’ although he relayed on Thursday that head coach Dave Tippett feels “that this team next year will be significantly better than it is this year.”

One thing fans in any NHL city want to know, though, is will my owner spend money on players?

LeBlanc framed his answer, as it relates to July 1, this way:

“If you saw what we did at trade deadline, we actually spent a little bit of cash, in Don’s words, to essentially buy a great prospect in Anthony Duclair by taking on some of Keith’s salary moving forward,” explained LeBlanc. “So I think that’s an indication. But yes, the answer is yes, we are definitely working together as an ownership group to do the right things to – we know we’ve got great prospects, but we’ve got some holes we need to fill and that will come through trades and through free agent signings as we come into July.”

Devan Dubnyk’s results with the Minnesota Wild have been as good as last year was bad for the goaltender. Completely opposite ends of the spectrum.

Dubnyk recalled a very blunt video session with Sean Burke in November, when Dubnyk was still playing for the Coyotes. This followed a wild 6-5 win over the Washington Capitals.

“He was very upfront with me,” Dubnyk said. “He wasn’t mad at me, but he showed me video of six or seven clips of plays I wasn’t getting set on. I was kind of drifting back and almost backing up and shuffling into plays. He just sat me down and said: ‘We’re going to beat every play on our feet. We’re going to push and stop and be set for everything.’ ”

Burke convinced Dubnyk to play deeper in net and said: “No matter what, I want you to be set every single play. And man, just such a small, simple thing and all of a sudden you’re there ahead of stuff. It allows you to get your eyes on the puck and you’re ready and if bodies come in front, you’re already there, so you shift and find lanes that if you’re still moving you let yourself get screened on. All of a sudden, you feel big and patient and everything kind of comes after that.”

Incidentally, Elliotte Friedman relayed a great Dubnyk story in January about what finally turned around his mindset.

What does Claude Julien see Max Talbot being able to bring to the Boston Bruins down the stretch?

“He’s going to do anything he can to help this team out,” Julien said. “I know Peter alluded to him being a ‘glue guy.’ To me, he’s a lot like a Johnny Boychuk type in the dressing room where he likes to have fun and will keep things loose, but at the same time, when it’s time to play, he’s all business. He comes to play. He’ll do whatever he has to to fulfill his role, so he’s definitely a good addition to have with us without a doubt.

“That veteran leadership that you look for in this stretch is often overlooked, and he’ll fill that gap well.”

Al Montoya is injured…but also omnipresent. He gazes into your soul from above ice in Sunrise. pic.twitter.com/7fsY0yJqZh

Nail Yakupov’s first few years with the Oilers have been tumultuous, to say the least. His work ethic has stayed consistent though, and his game has really come along of late – thanks, in large part, to the chemistry with Derek Roy.

“I’m still pretty young and I hope I’m going to be in this league for a long time,” said Yakupov. “I want to play for the Edmonton Oilers. I want to work hard, especially for the guys who trust me and gave me support — MacT and Nelly — and we have a good group of players on the team.”

Former Oilers defenceman Jeff Petry learned a valuable lesson from his father, who was a Major League Baseball pitcher.

“He told me the key to success is to work hard,” Petry, now with the Montreal Canadiens, said. “He said when you have guys with equal or more talent, the difference is going to be the guys who work the hardest.”

Radko Gudas’s father was a professional hockey player who played all over Europe, and that had a big influence on the now-Flyers rearguard.

“I followed him everywhere,” the younger Gudas said. “I grew up watching him. I always wanted to be a hockey player. I’m glad it all worked out. He still watches all my games and still gives me points after all my games on what I did wrong.”

“I’ve said it many times: I’d love to see our team healthy,” Kekalainen said. “Maybe the last 10 games we’ll get Boone Jenner back and Ryan Murray back and Bobrovsky back, maybe we’ll get close to what we’ll be at as a healthy team, but there’s been some great stretches of 10 games here and there where we see that we’re close to being healthy and challenging all of the best teams in the league.

“I think we have a good foundation in place, we have a lot of the key pieces locked down for many years and some of our core players we’re bringing on are going to be more experienced a year ahead next year, so I believe that we’ll have a good chance of doing some real damage next year with this group.”

Kimmo Timonen said he is definitely retiring after season. Could get into coaching. "I have little tips for a lot of players." #Blackhawks

Teuvo Teravainen has been driving Kimmo Timonen around Chicago. Timonen: "I like the kid. He could be my son almost." #Blackhawks 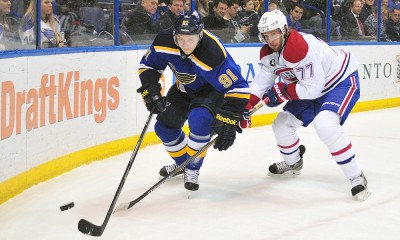 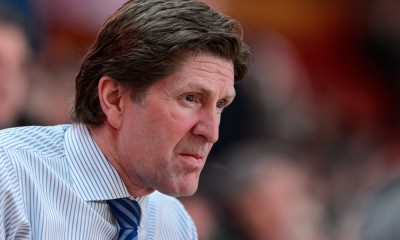 Nichols’ Notes: Babcock Has No Idea Where He’ll Coach 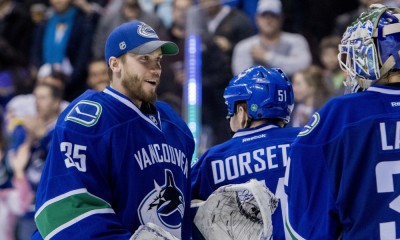 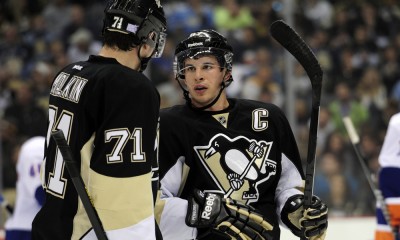 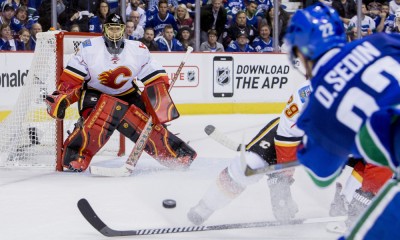