This is the most fun time of the NHL season. Some teams are still in pursuit of the Stanley Cup while others are about to arrive at the golf course or sitting on a beach somewhere. Meanwhile you’re going through the day reading on Twitter that this player or that player would make a huge impact for your team.

All 30 teams in the NHL are in need of something, be it a top-six forward or defenseman. We’ll take a look at the Central Division’s needs now.

The Avalanche desperately need a top-pairing blueliner. The Avs allowed the 21st-most goals per contest last season and they couldn’t keep the puck out of their own net. They only had one defenseman with a positive plus-minus rating with 50 or more games to his name and that was Tyson Barrie.

If the Avalanche are smart and can get a bit of cap space headed into the summer, Cody Franson or Mike Green could serve as that top-six, puck moving blueliner they desperately need if those two do hit the free-agent market this summer.

The Blackhawks are the most complete team both on paper and on ice in the Central Division. They are stacked up front and on defrnse, but not deep enough that they couldn’t add another puck moving, offensive minded defenseman.

The biggest problem Chicago has is their current cap space, which sits at $1.54 million. Johnny Oduya, Michael Rozavial, and Kimmo Timonen are set to be free agents, and with their average age sitting at over 35 years old they may let at least one if not two of them walk. The ‘Hawks will need to look for a younger blueliner that could pair well with Brent Seabrook or Niklas Hjalmarsson.

The team did announce Thursday afternoon that they signed 23-year-old Swedish defenseman Erik Gustafsson, so perhaps he may make a splash and see some NHL ice time.

The Stars too need a top-two defenseman just as the Avs do. Actually, Cody Franson could possibly be a good fit for the Stars. Dallas is set at the top-six forward role with the likes of Tyler Seguin, Jamie Benn, Jason Spezza and company.

The team recently inked John Klingberg to a long-term deal and Franson would be a great partner alongside the youngster. Maybe the playing style in Dallas would fit Franson’s game a bit more compared to his not so great of time in Nashville this past season.

Just like the ‘Hawks, it’s tough to figure what the Wild need as they are set to battle in the second round of the NHL playoffs.

Minnesota has Zach Parise who tallied 62 points in the regular season. Jason Pominville and and Thomas Vanek each had a 50-plus point year, but that was it among those who found the score sheet on a consistent basis.

The Wild have over $5 million in cap space at the moment and they could make a splash this summer or at the draft via trade for a top-six forward who could perhaps make them even more dangerous up front. We can’t forget however that Devan Dubnyk is set to be an unrestricted free agent and his cap-hit was under $400k this year. That number will go up, and go up big time.

If the Predators need one thing, it’s a number-one center. Mike Ribeiro had a fantastic season with 15 goals and 47 assists in 82 games. But the 35-year-old isn’t getting any younger.

Mike Fisher saw most of his ice time on the second line at center and he is set to turn 35 in June.

The Predators have Calle Jarnkrok who plays most of his time at center along with Colin Wilson and Craig Smith who can play the center position as well, but those two thrived on the wing this season. Kevin Fiala, the team’s first-round pick at last year’s draft, made his NHL debut and played in a playoff game as well and he is Nashville’s top center prospect in their system.

If, well, when the Predators go after a top-six forward this off season it will most likely be a center. They have over $10 mil in cap space at the moment and they could make quite the splash this summer or at the NHL Draft.

Another season gone and another early playoff exit for the Blues. This team’s biggest weakness is in net and with Jake Allen becoming a restricted free agent this summer, they could make some moves in that department.

As far as a top-six forward or top-two defensemen go, the only top-six player they need to worry about is Vladimir Tarasenko.

Tarasenko lead St. Louis in scoring with 37 goals and 36 assists in 77 games, but the young Russian is an RFA. He is undoubtedly a player that would change any franchise in the NHL and the Blues know that. All indications point to the team hoping to reach a deal sooner rather than later, and that’s bar none their number one objective.

The Jets had an impressive year as they finally made the postseason, but they also pulled off one of the biggest trades of the season shipping, Evander Kane and Zach Bogosian to Buffalo in exchange for Tyler Myers, Drew Stafford, two prospects, and a first-round pick. Not too bad for general manager Kevin Cheveldayoff’s first NHL trade.

The Jets’ scoring was pretty spread out in the regular season with seven players with 40 or more points. Dustin Byfuglien is an All-Star blueliner, Tyler Myers is a fantastic big-bodied defenseman, and 21-year-old Jacob Trouba is a star in the making.

With Evander Kane gone the team didn’t look like they lost a step, in fact they may have gained one, but if the Jets want to take it to the next level a top-six forward could be the final tool they need to go alongside the likes of Blake Wheeler and Andrew Ladd. 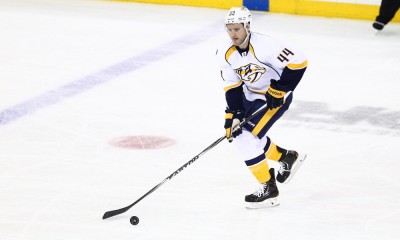 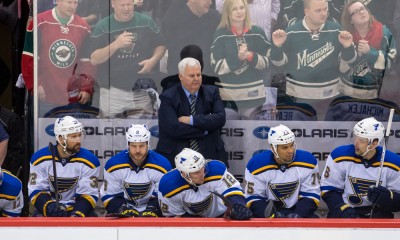 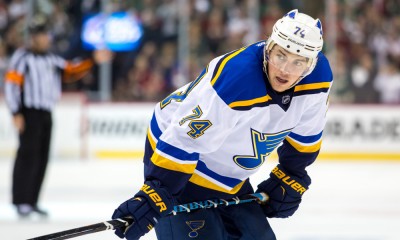 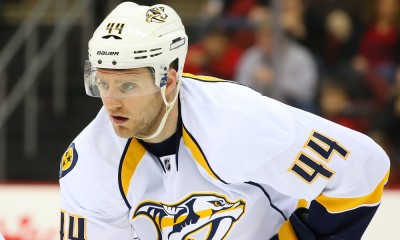 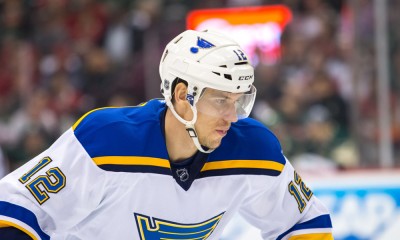 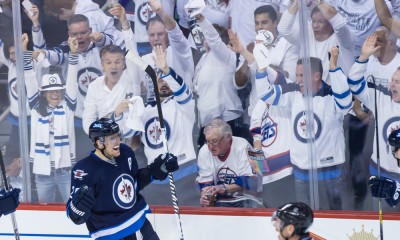 v4
Determining Mike Ribeiro’s Worth to the Predators