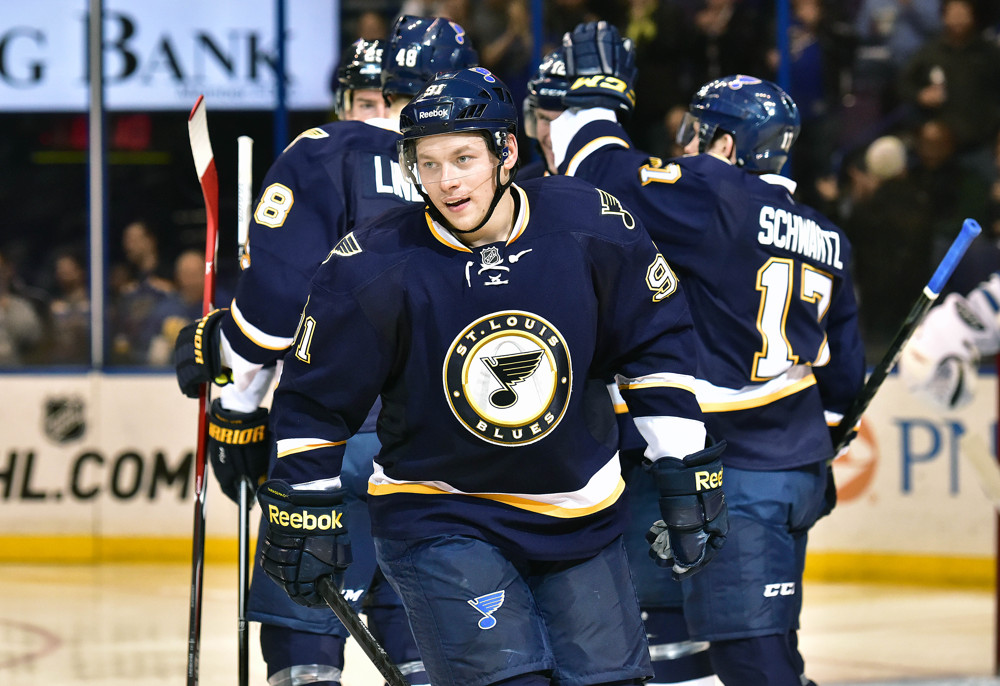 Thursday, the greatest day of the week is upon us. Yes, people, Thursday is better than Friday because on Thursday’s we rank each Central Division team in accordance to their power.

It was another great week of puck in the toughest division in the NHL. All seven teams combined for a record of 11-7-1 for the week. As always, some teams had some solid weeks while others wish they could rewind time and try something different. The Chicago Blackhawks were the only team not to fall in regulation this week.

Highlight of the week

The Blues continue to sit atop the power rankings after putting together a 2-1-0 week. They started the week off with a disappointing loss on the road to the Philadelphia Flyers before turning things around at home with a 6-1 win over the Toronto Maple Leafs. The Blues welcomed the Winnipeg Jets to town in a big Central Division matchup and defended home ice with a 5-4, very interesting, victory. Brian Elliott was in net for all three games.

The Wild continue to be one of the hottest teams in the NHL. Minnesota put together a 2-1-0 week following last week’s 3-0-0 stretch. The Wild had a ‘light load’ as they beat the Carolina Hurricanes and New Jersey Devils with the middle game being a loss to the Colorado Avalanche. Minnesota out scored its opponents 12-5 for the week and Devan Dubnyk continued to play his way into Vezina Trophy talks.

The ‘Hawks only played two games this week, with a shootout win over the Edmonton Oilers and then falling to the New York Rangers 1-0 in an overtime battle. The Blackhawks’ play wasn’t necessarily stellar, but it wasn’t poor either for them to drop anywhere in the rankings. Corey Crawford had a great two games, stopping 81 of the 83 shots he faced.

The Predators dropped their sixth straight game in regulation this week via a 3-1 home loss to Winnipeg. During the stretch they were out scored by a combined 22-11 margin. The losing streak finally came to an end Monday night as they defeated the Arizona Coyotes, who are 21-38-8 and losers in 12 of their last 13, in the desert 2-1 in overtime. James Neal netted the overtime winner to end his nine-game point drought.

Just like the teams ahead of them, the Jets sit in the same spot as they did in last week’s power rankings. Winnipeg went into Nashville and defeated a struggling Predators team 3-1 to continue their wild card push. They then put together a solid game in St. Louis but the Blues miraculously won in regulation after Barret Jackman’s center ice goal on Ondrej Pavelec. Michael Hutchinson started in net against the Blues but was yanked in his seventh straight start allowing four goals on seven shots.

#NHLJets G Ondrej Pavelec on giving up brutal GWG to #STLBlues from outside the zone 'I lost the puck in the stands and it just went in.'

The Stars have crawled from the basement after a nice 2-1-0 week to start their five game road stretch. They had impressive wins away from home in Florida against the Panthers and the Flyers in Philadelphia. Their lone loss was a 5-4 given by the Tampa Bay Lightning. Tyler Seguin made his return from injury against Tampa Bay and he doesn’t seem to have missed a beat as he lit the lamp twice in the loss.

The Avs didn’t have a bad week at all, but they get the honor of sitting in the basement for this week. Colorado put together back-to-back wins on the road to the Wild and Columbus Blue Jackets. The Avalanche fell to the Los Angeles Kings in a tough 5-2 game that put an end to their winning ways. Semyon Varlamov has been playing better in net for the Avs as he’s won three of his last four contests.