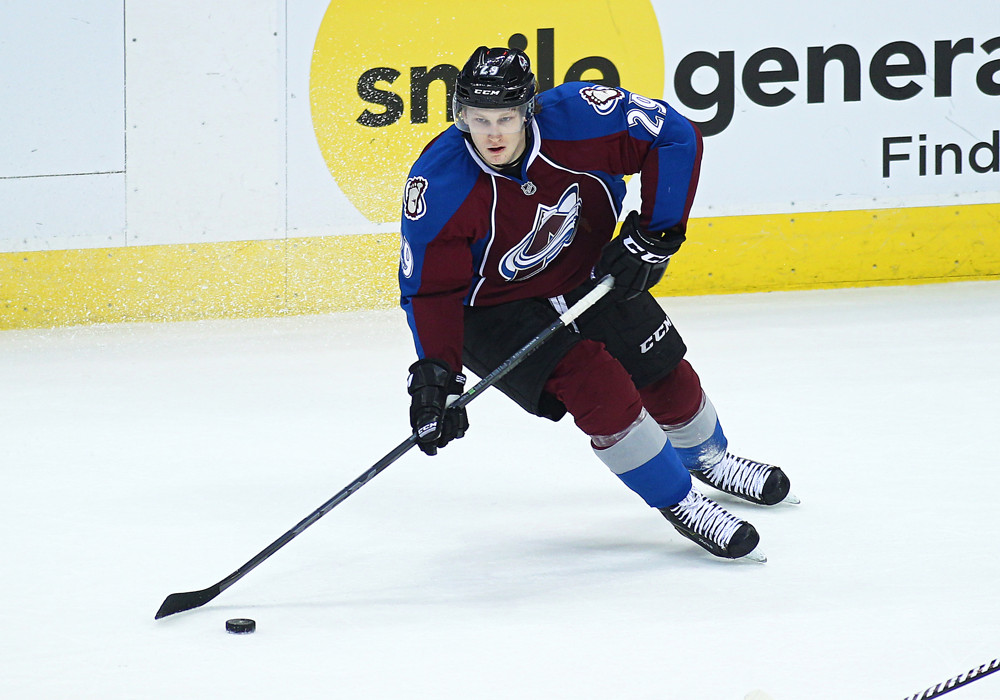 Nathan MacKinnon is out for the remainder of the 2014-2015 season — and the narrative surrounding this will be whether he’s lived up to the hype.

Last season’s Calder Trophy winner, nineteen-year-old MacKinnon has been tasked all season with surpassing his outlandishly good rookie season numbers. With a broken foot confirmed to hold him off the ice for the next six to eight weeks, though, the former first overall pick is twenty games shy of either matching his first year production or slipping into a regressive sophomore campaign — and although he could have potentially notched an additional ten goals in that time frame, many believe that the foot injury is just forestalling the inevitable.

MacKinnon skated out in October tasked with meeting the same weighty expectations lent to all high-producing rookies; next season, Johnny Gaudreau and Filip Forsberg will be in the Avalanche forward’s shoes.

For those two rookies, next season will likely see them meet these expectations. The Nashville Predators are poised to be competitive for a while, and the Calgary Flames will be joined by top ranked prospect Sam Bennett next fall to supplement their already-impressive lineup of young talent.

For MacKinnon, though, the roster he was on worked against him — and his injury is simply expediting the narratives that he fell victim to the sophomore slump.

MacKinnon’s ice time hasn’t taken much of a hit this season, although some aggressive line swaps to start the season certainly rattled the majority of the team’s offense more than they’re likely to admit. He’s also seen a decent dip in his shooting percentage, although he’s still a consistent power play contributor and is actually providing better possession numbers than he did the season prior. He’s seen a dip in his production, but so has the entire team; where the Avalanche miraculously pushed their way to the top of the Central Division last season, they’re just hanging on this time around.

The question here is whether he simply had an unreal rookie campaign (likely, since his PDO — combining his on-ice save percentage with his individual shooting percentage — was a 103 last season, well above the league regressive norm), or if he can put up these numbers again.

This is a storyline that probably won’t be exhausted until he’s three or four seasons into his career, but it’s important to note — with confirmation per the league that MacKinnon broke his foot nearly two weeks before the team confirmed the injury and took him off the ice, it’s likely that his environment has had as much to do with his dip in production as his actual regression.