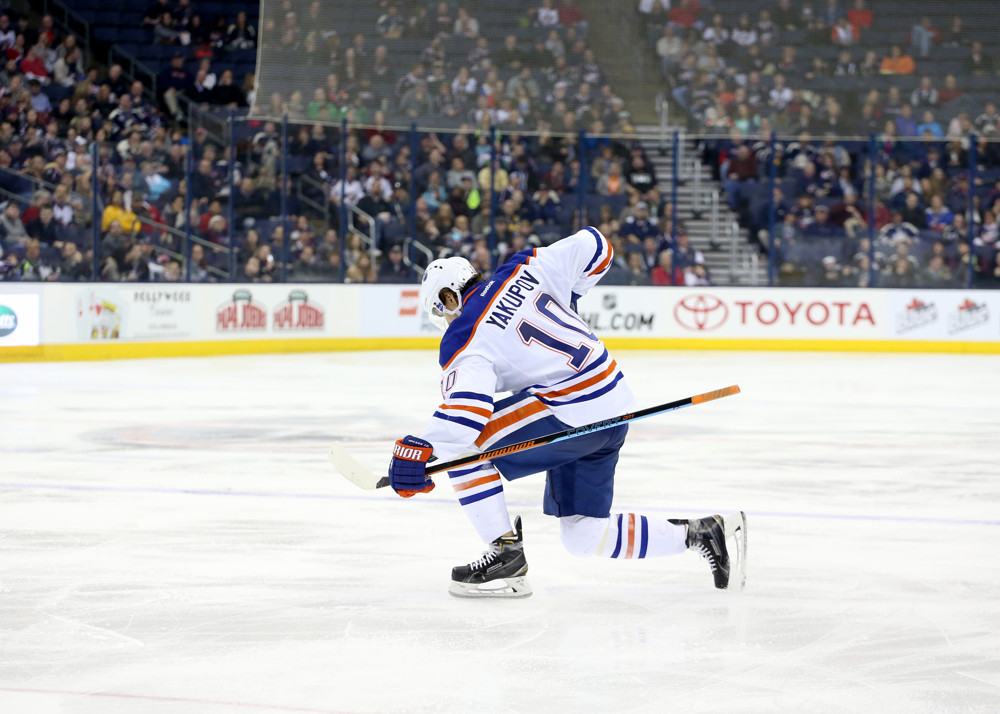 The Edmonton Oilers have made their official announcement:

Nail Yakupov, who was invited to join Team Russia at the 2015 IIHF World Championships in May, won’t be joining his national roster. The reasoning, per the club, is a lingering hip injury that will require ‘additional treatment and rehab’.

Although the young forward — who was credited with a mid-season turnaround that recently earned him a respectable contract extension — didn’t seem limited by the reported recurring bilateral hip injuries, he’s not the only skater who’s going to spend some time off this summer to rest nagging aches and pains. Per Lisa Dillman of the Los Angeles Times, Kings blue liner Alec Martinez won’t be joining the Team USA roster due to a non-serious but lingering injury (which would be related to his mid-season concussion), and Philadelphia Flyers GM Ron Hextall has held netminder Steve Mason off the Team Canada roster so he can continue rehab on his knee following a surgery this spring.

There’s always the argument that teams hold their players out of the Worlds if they’re ‘too valuable’ to risk injuring — one of the arguments behind a lack of Cory Schneider on the Team USA roster thus far — but a number of talented stars have already committed to heading for Prague this May. Tyler Seguin of the Dallas Stars will join Taylor Hall on the Team Canada roster along with Seguin’s teammate Jason Spezza, while the Arizona Coyotes will send both their top rookie Tobias Rieder to represent Germany and Norris-caliber alternate captain Oliver Ekman-Larsson to Sweden. Teams often evaluate which players will need the time off to rest up — although with the WC coinciding with the post-season, it’s hard to argue that extra rest is needed in some cases — and in Yakupov’s case, it’s been determined he won’t get the chance to go.

This will be the first time Yakupov has been held out of an IIHF World Championship; he represented Russia at the 2012 and 2013 World Juniors (earning a silver and a bronze medal, respectively), and debuted with Team Russia in the 2011 U18 WJC, leading his team to a bronze medal finish there as well.