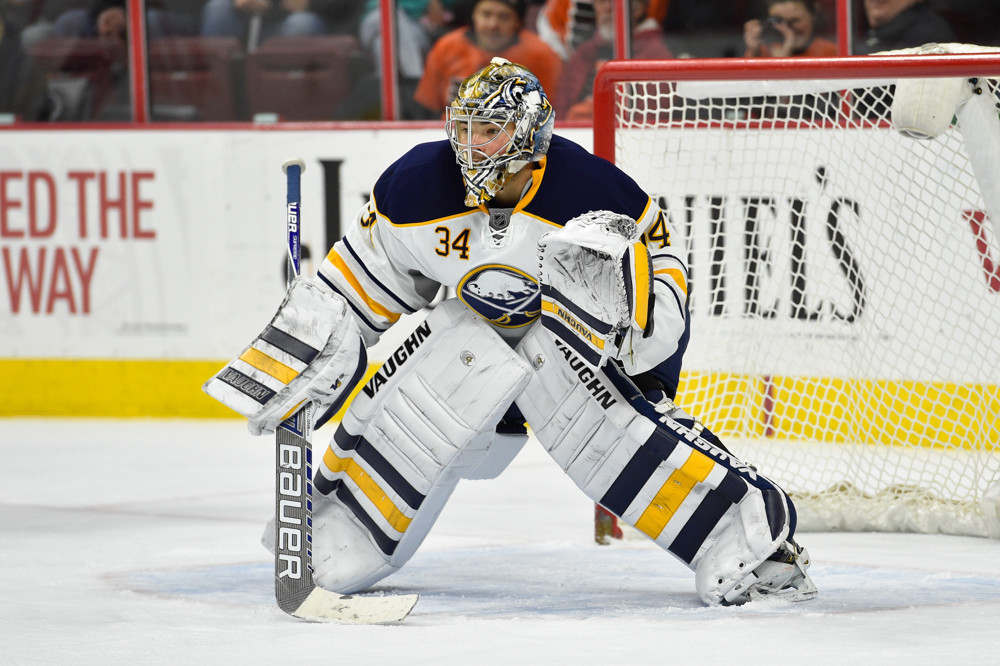 Michal Neuvirth and Jhonas Enroth were quietly two of the better goaltenders in the NHL this season — and that was standing behind the worst possession team the NHL has seen in the modern era.

When the Sabres assemble a rebuild roster, though, they commit till the end — so when their goalies started winning them games, they pawned them off.

First, Jhonas Enroth was dealt to the Dallas Stars for struggling Stars backup Anders Lindback and a conditional third round pick, contingent on the Stars making the playoffs and the number of games Enroth would play. That certainly pushed the Sabres back down into draft lottery territory — but when a handful of other NHL teams started to rebuild in earnest, the Sabres gave themselves a little extra security.

They dealt Michal Neuvirth to the New York Islanders in an identical deal, acquiring struggling Islanders backup Chad Johnson and a conditional third round pick.

For the Sabres, this is a double edged sword; the team wants to win games, but they’re banking on a plethora of draft picks yielding promising players for their future. Keeping goaltenders who lower your team’s chance of winning the draft lottery — playing far above the talent level of the rest of the team — who won’t be good long enough to see the team through the end of the rebuild is poor asset management.

At the same time, though, part of a rebuild is keeping the players that you think will help you achieve a lasting future; in order for players to really develop at the NHL level, they need some sort of security and veteran reassurance. Losing every game of a season — although unlikely for any team in the NHL cap era, which forces teams to at least assemble semi-competent and competitive rosters — not only develops a losing ‘culture’ for young players, it hurts the fanbase and the atmosphere surrounding a team.

Likely, the Sabres are going to see the wins they’ve been sporadically amassing slip from their grip as the season moves forward — Neuvirth has maintained under 3 GAA on the season despite facing an average of at least 36 shots a night, so seeing goaltenders who post league-low stats splitting the crease is bound to take its toll on the final scores being posted.

For Neuvirth, though, the opportunity is better than he likely could have hoped for — heading to the best team in the Metropolitan Division to back up a goaltender having the season of his career, the 26-year-old former second round pick (selected by the Washington Capitals 34th overall in the 2006 NHL Entry Draft) is probably preferable to fighting what many consider a losing battle as a goalie in Buffalo.

The New York Islanders now have a goalie who has quietly been one of the best in the NHL backing up one of the season’s All Stars; considering that backup Chad Johnson had been struggling all season long, this gives them the playoff security needed to make a deep run into the post-season.