For teams near the bottom of the standings this time of year, the on-ice war for victory loses a bit of its luster, while individual battles shine through.

Win or lose, the Arizona Coyotes were not qualifying for the postseason in 2015 — that much is known. What is yet to be discovered is who will be the key cogs in next year’s machine.

Every time Louis Domingue gets a start in net, it’s an audition to continue his role as Coyotes backup goaltender next season. While many consider a team’s No. 2 netminder to be nothing more than a spoke on the wheel, for a team that has a inconsistent starter with an injury history, it’s crucial.

That’s not to say the difference between a prolonged playoff run and a lottery pick for the Coyotes in 2015-16 rests on the shoulders of their backup goalie. But for a young team learning how to win, it is imperative to avoid major letdowns when the starter is on the bench.

Domingue’s quick jump to the NHL is a bit of a surprise for Coyotes fans paying close attention to the team’s cache of young goalies.

Mark Visentin, two-time goalie for Canada’s U20 World Championship team, was drafted in the first round (27th overall) of the 2010 NHL Draft to be groomed for the future. Since the day he was drafted, Visentin was looked at as the team’s top prospect in net and the future of the Coyotes.

Before this season, Mark Visentin was considered the team’s top goalie prospect.

Four rounds later, Arizona took a flier on Domingue, a big netminder from Saint-Hyacinthe, Quebec. The two new goalies joined Mike Lee, a third-round pick from the year before, in the Coyotes’ attempt to gobble up as many lottery tickets as possible at the position.

Even with the volume of competition in major juniors, or in Lee’s case St. Cloud State University, Visentin was always “the guy.” Domingue always had his cult following, but was always the Robin to Visentin’s Batman in the conversation for future starter.

However, that all changed this season. Visentin suffered a season-ending ankle injury in a preseason intrasquad scrimmage and has since been bypassed on the depth chart. Wally Pipped, if you will.

In the meantime, Lee earned himself a brief call-up when the Coyotes traded Devan Dubnyk to the Minnesota Wild, but did not see game action. Domingue on the other hand received multiple call-ups and played multiple games each time.

In his first stint in Arizona, he stopped 27 of the 31 shots he faced (.871 save percentage). He won his first career start with an 18-save performance against the Montreal Canadiens inside the Bell Centre.

The 23-year-old’s second call-up came on Feb. 26, and he earned two more games including his second start. This time around, Domingue stopped 52 of the 54 shots he faced overall and carried his team into overtime before falling in the five-minute period with a 38-save performance against the Nashville Predators.

In four games, Domingue has stopped 92.9 percent of the chances he’s faced — remarkable for a young player who has played seven games in the ECHL this season.

Thursday night marked the goalie’s third NHL start, and one he hoped to use to exorcise old demons. He struggled a bit, allowing four goals on 28 shots, and actually looked like a rookie for the first time since his first 20 minutes as a starter.

Despite Thursday’s loss, Domingue continues to impress in his brief stint in the NHL and is making general manager Don Maloney’s decision about bringing in a veteran goaltender next offseason much harder.

However, there is something to be said about making sure a young goaltender gets as many reps as possible. With Mike Smith under contract for four more seasons, that opportunity may come in the AHL.

No matter the decision, Domingue has emerged as the team’s top goalie prospect — something a healthy Visentin must scratch and claw to earn back.

Jaime is a graduate of Arizona State University’s Walter Cronkite School of Journalism and Mass Communication. He is the assistant director of content and growth for FanRag Sports. Jaime has also written for MLB.com, Arizona Sports, KTAR, SB Nation and Arcadia News. 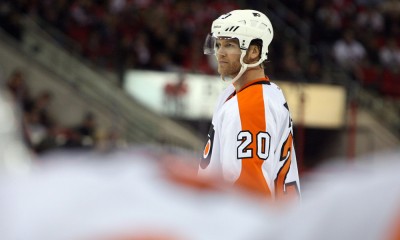 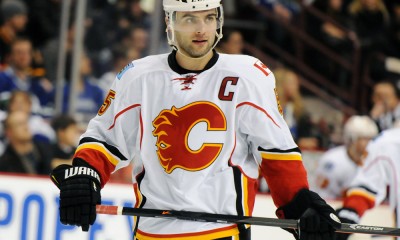 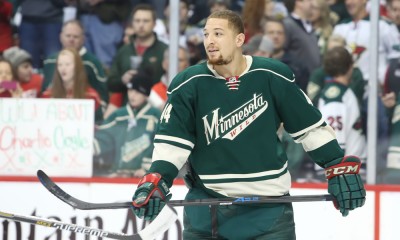 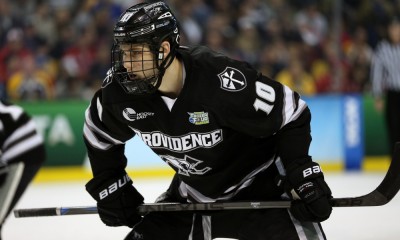 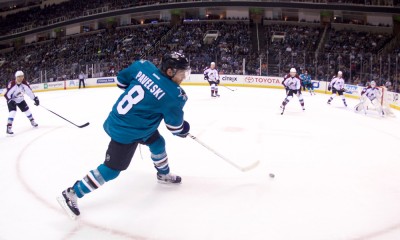 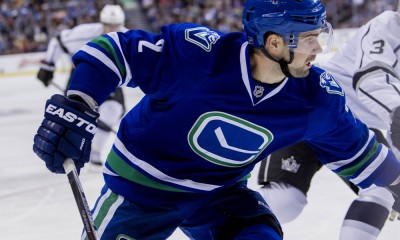 Cody Franson Would Fit With Oilers or Stars 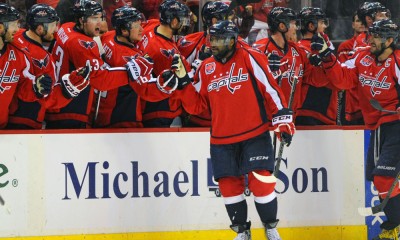