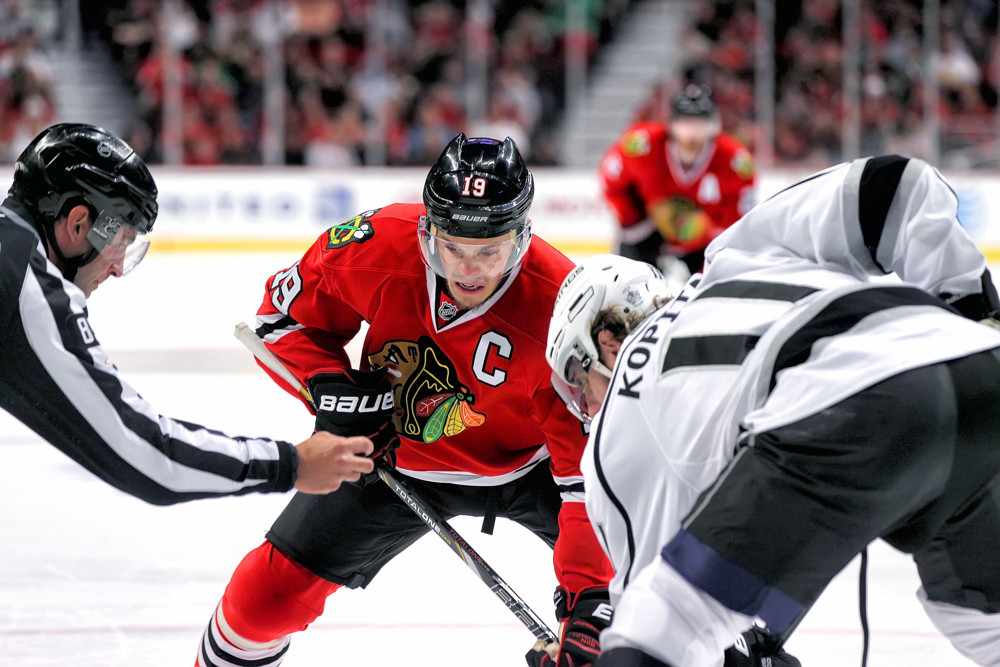 The Chicago Blackhawks have been, well, the Chicago Blackhawks this season. They’re a really good hockey team. A good team away from home and a team nobody looks forward to playing. They play in a Central Division that has been a bit overshadowed by the ‘surprise’ Nashville Predators, the St. Louis Blues and even Winnipeg Jets. Some of the attention seems to be being pulled away from the ‘Hawks, which is a good thing or bad thing depending on which team you’re rooting for.

The majority of the attention Chicago seems to be getting as of late is Patrick Kane, who went down with an injury against the Florida Panthers in late February. The headlines from there on out read something like “the ‘Hawks will suffer without Kane” or “Chicago looking for identity without 88.”

Now, those headlines should turn to “Chicago Still The Team To Beat In The Central, NHL”.

The Blackhawks are 4-1-1 since that woeful game against the Panthers on February 24. In that time the Predators have entered a miniature slump and the Blues have been steady. Then there’s the Jets, who continue to go back-and-forth between a wild card spot and not. Chicago has quietly been creeping up the standings towards the number two spot in the toughest division in the NHL.

Jonathan Toews is having another great year with 54 points in 67 games played (21G, 33A) which is second on the team behind Kane. Marian Hossa has been a silent killer with 18 tallies and 31 helpers on the season. Duncan Keith has continued to be one of the best blue liners in the league with his 38 points and plus-15 rating, and Chicago has received help from other players you may not have realized have been having great seasons.

Brandon Saad has been one of the best wingers in the entire Central Division this season with his 43 points in 67 games. In a contract year he’s due to get paid by the ‘Hawks if they know whats best for them. Brad Richards, the new guy in the Windy City, has had an under the radar type of season as well with 33 points in 64 games. All in all, the ‘Hawks have been a consistent hockey club. A consistent enough hockey club that is sure to make the postseason and a team that is set to make noise in the playoffs.

Chicago is just three points out of first place in the division behind the Blues following their 6-2 win over the San Jose Sharks on Saturday afternoon. With 14 games left to play, the ‘Hawks may be sitting in third place at the moment but this season is far from over when you think of the firepower Chicago has. Chicago can be out of first place with less than 15 games left in the season but they still have a legitimate shot at the division crown.