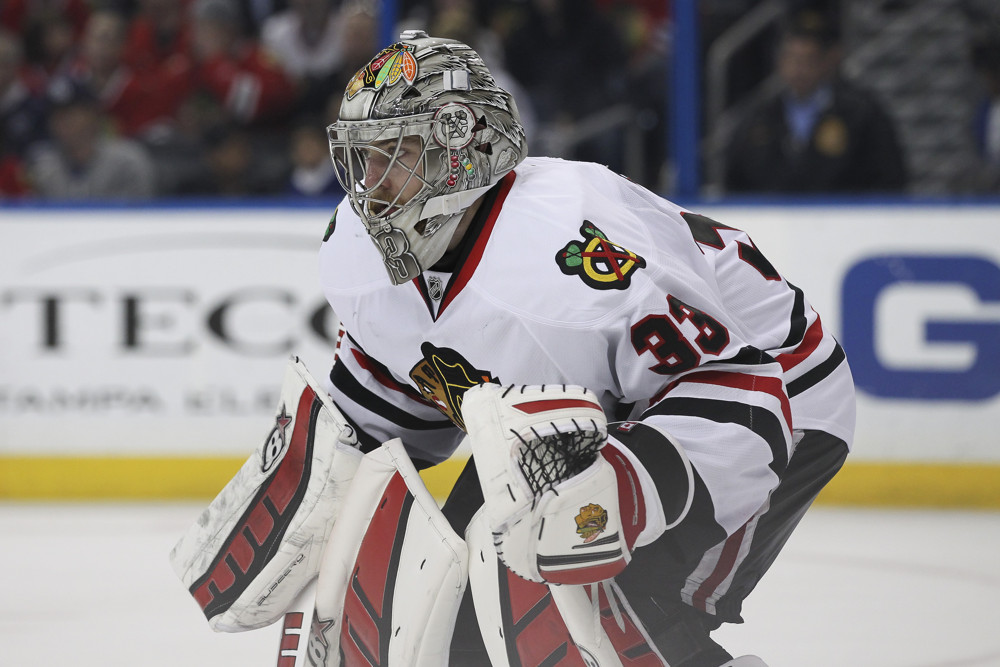 The Chicago Blackhawks aren’t exactly shocking fans with the confirmation that Corey Crawford is the team’s playoff goalie.

At 30, Corey Crawford has been Chicago’s franchise goaltender for the last five seasons. He’s led the team to one of their two Stanley Cup victories, and held his own in the post-seasons that sandwich it. As such, he likely won’t leave the net unless he’s hurt, starting with game one of the first playoff series.

In the final game of the season, though, Crawford is being given a night off — and although Scott Darling knows he’s likely playing his last game this spring, it’s hardly a blowoff that he got the nod.

With a victory over the Colorado Avalanche, the Blackhawks — who are guaranteed to play the Nashville Predators in the first round of the post-season — have the opportunity to gain home ice advantage with a Nashville loss to the Dallas Stars. If they drop their game to Colorado, though, they guarantee that Nashville will host the first two games — and although home ice advantage isn’t exactly a life or death situation, the team’s reliance on Darling to finish the season on a high note shows they have confidence in him to pull out one last win.

Darling, the 2015 Masterton nominee for the Chicago branch of the PHWA, has won over the Blackhawks fanbase with his story of falling from the NCAA to the SPHL, then working his way back up to the NHL and competing with Antti Raanta for the starting position.

He’s not the only backup getting the nod, though.

The Columbus Blue Jackets have confirmed that backup Curtis McElhinney will get the final nod of the season, taking on the New York Islanders in a game that doesn’t do much for Columbus, but has the power to affect the Islanders plenty.

Once in legitimate contention for the President’s Trophy, the Islanders went on a losing stretch to end the season. They managed to clinch a playoff berth in the final week of play, but this last game will determine whether Nassau Coliseum has home ice advantage in it’s final playoff season for the first round. A win for New York would pull them one point ahead of the Washington Capitals — giving them the first two starts at home — while a loss would ensure they play in D.C. to start out the series.

Some season finale matchups — the San Jose Sharks and the Los Angeles Kings, the Calgary Flames and the Winnipeg Jets — have no effect on the playoff seeds. The Kings and Sharks are both eliminated, while Calgary and Winnipeg are locked into the third Pacific Division and first Wild Card seeds, respectively. Although the Sharks could shift up or down one in the final standings with a win or a loss — therefore affecting their draft order and lottery odds — not much else comes of these two games.

The Blue Jackets know that the Islanders will come to win, though — so if anyone needs to put up a fight, it’s the team with the cannon.