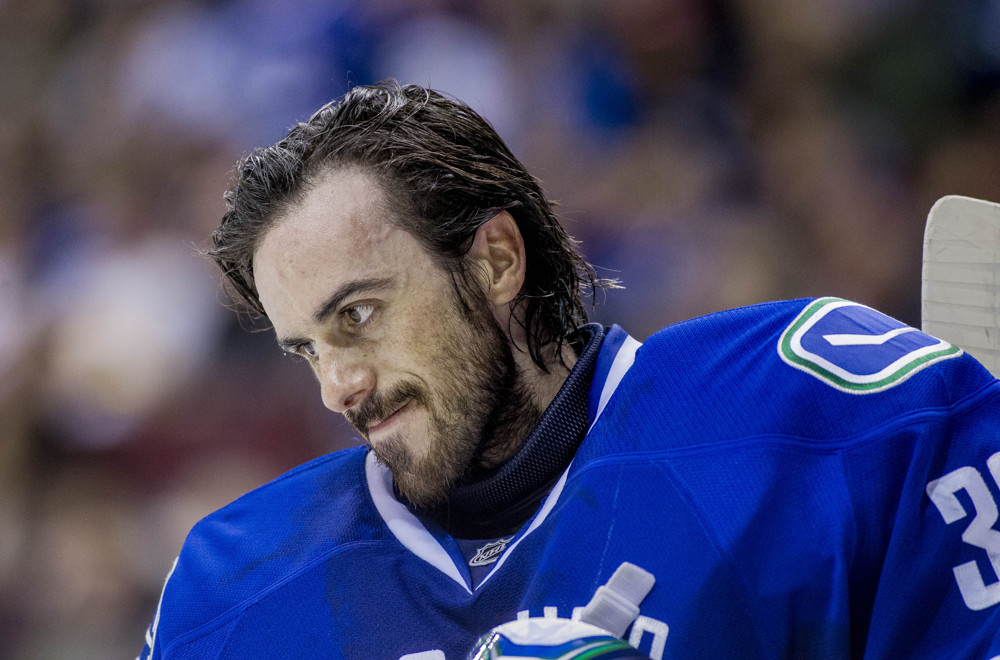 The Vancouver Canucks have, miraculously, sat in a playoff spot all season.

The Pacific Division team has been both lucky with some quality wins and some poor play from the other teams in their division — but while many have predicted that the Canucks would fall out of the post-season race before March, they’ve done a good job of hanging on.

Now, though, they’re stuck with a decision to make — regarding their goaltending situation.

Many assumed that either backup Eddie Lack or prospect Jacob Markstrom would get dealt before the trade deadline, to pave a clear path for a one-two tandem in net and ensure that Markstrom didn’t get buried unfairly in the minors. Recent news regarding Ryan Miller’s health, though, put those rumors to rest.

According to Canucks GM Jim Benning, Miller has a sprained knee and won’t be able to return to the ice for at least four to six weeks. This puts the team with a Lack-Markstrom tandem for the remainder of the season; if Miller doesn’t make a miraculous early return, the team is going to likely finish out the regular season without him.

He’s not the only player with bad injury news today, though.

After hearing that Patrick Kane would be out for at least six to ten weeks, another player was eliminated from the remainder of the season — Jack Skille of the Columbus Blue Jackets.

Skille is scheduled to have shoulder surgery, and the team has confirmed that he’s out for the rest of the season. He’s not the first player to hear this, and likely won’t be the last — but with the Columbus roster hanging on a thread all season, this could be the straw that breaks the camel’s back.

Or, at least, the final domino that needed to fall and send Columbus straight back into McEichel territory.