Even when they tank, the Leafs don’t seem to get it right.

In a draft year featuring generational talents Connor McDavid and Jack Eichel, the Toronto Maple Leafs ensured that they’d miss out on these top two prospects by postponing their standings-dive until January.

But all is not lost.

Though the dropoff is steep after McDavid and Eichel, a handful of junior-level stars are available in the next tier.

Mitch Marner of the London Knights, Noah Hanifin of Boston College, and Dylan Strome of the Erie Otters are three of the best prospects that the Leafs will likely mull with the fourth, fifth, or sixth pick in the draft.

Here’s an analytics-based look at each player and how they might fit into the Leafs prospect pool.

The leading scorer is going to be looking sharp as he arrives to tonight's game! #TipTopPlays @OHLHockey #LK pic.twitter.com/H12P8SYF7D

Currently ranked fourth in McKeen’s Draft Rankings for March, Marner has been an offensive force for the London Knights this season.

Marner leads the OHL with 52 primary assists, demonstrating his vision and passing touch. He also ranks fourth in goals created per game (0.605), trailing only OHL stars Sam Bennett, McDavid, and Robby Fabbri. With an estimated points per 60 of 4.72, Marner trails only uber-prospect Connor McDavid in P/60 in the OHL.

With vision, goal creation, and efficient point production, Marner is a very solid Plan B option in this year’s entry draft.

But how does Marner fit with the Leafs?

Hockey’s Future writes that Toronto’s major prospect pool weakness is a lack of “top end talent in goal and at forward.” By adding an elite offensive talent to join developing prospect William Nylander, the Leafs will be well on their way to stockpiling the high-end talent needed for a successful rebuild.

Concerns about Marner’s size (5’10, 164 lbs.) continue to dog the Thornhill native but the Leafs cannot afford to pass on high-end skill at the draft, regardless of size.

Writers are lucky to have access to OHL and WHL advanced stats at CHLstats. Sadly, no such site exists for NCAA Division I hockey. However, CollegeHockeyInc does offer some pieces of the stats puzzle for draft-eligible college players. We’ll make do.

In terms of rate stats, Hanifin hasn’t tipped the scales much this season, which isn’t very surprising for a college freshmen defenseman. The analytics tale is incomplete and the deep stats give little detail to get excited about with Hanifin.

Hanifin is a smooth-skating defender with good size and acceleration who can generate some offense from the blueline but is also solid defensively. Although not a truly physical defenseman, he does not shy away form contact and will initiate it when necessary. Hanifin also has leadership qualities that could make NHL captain material down the road. Overall, he is an elite defender with few holes in his game.

Though you can’t quantify intangibles, Hanifin seems to possess the leadership qualities that teams often (over) value.

How does Hanifin fit with the Leafs?

Defense is one of the few places where the Leafs have some depth. With Morgan Rielly and Jake Gardiner in the NHL, the Leafs have a couple of young, established NHL blue liners. Matt Finn, Stuart Percy, Petter Granberg, and Andrew MacWilliam all seem capable of becoming full-time NHLers as well.

Though Hanifin is highly-touted as McKeen’s third-ranked draft-eligible player, the Leafs would do well to pass on the developing defenseman if he’s available. Trading down to acquire an asset and slide down a few draft spots would be wisest

Before we get to tonight's lineups, join us in wishing @stromer19 a very happy 18th birthday! pic.twitter.com/ZMiyHKy28y

The other guy playing for Erie this season, Dylan Strome is easy to lose in the excitement surrounding teammate Connor McDavid.

But Strome deserves draft attention in his own right.

Strome’s 47 primary assists rank him third in the OHL, tied with McDavid’s total (though McDavid has played 20 less games). Strome’s passing ability has consistently and directly led to goals scored. On the season, Strome’s 0.512 goals-created per games played ranks seventh in the OHL and third among draft-eligible players (behind only McDavid and Marner).

Finally, Strome’s estimate point per 60 of 4.61 ranks third in the OHL, again trailing only McDavid and Marner.

Offensively similar to Marner in terms of offensive production rates, Strome represents great value if the Leafs pick in the fifth or sixth spot this June.

How does Strome fit into the Leafs prospect pool?

Much like Marner, Strome is an elite offensive weapon, something the Leafs sorely lack. Though his production rates are generally lesser than Marner’s, Strome’s build (6’2, 180 lbs.) is an added edge. If the Leafs secure the fourth pick in the draft, they may be able to trade down to select the Mississauga-born forward, acquiring another low-round pick or prospect along the way.

Though the Leafs aren’t likely to earn the first overall pick in this year’s draft, all is not lost.

Picking between the fourth and sixth spot, elite talents like Mitch Marner, Noah Hanifin, and Dylan Strome may be available for Toronto to choose from. Marner and Strome are clear fits in an organization largely devoid of elite offensive prospects, though Hanifin would be an undeniable boost to the Leafs’ defense prospect depth.

But hey, it’s the Leafs – maybe they’ll deal their first round draft pick for the second coming of Tom Kurvers.

What do you think, Leafs fans? Are you happy with the thought of drafting Mitch Marner, Noah Hanifin, or Dylan Strome? Or is it Connor McDavid or bust for the Toronto Maple Leafs? 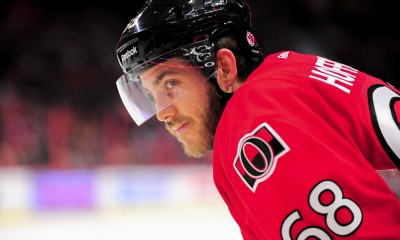 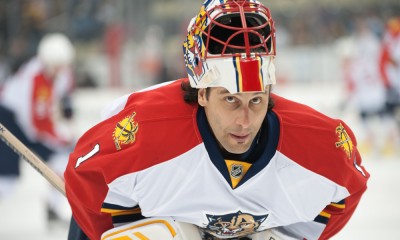 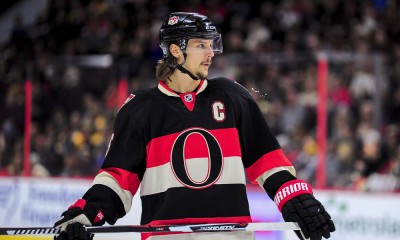 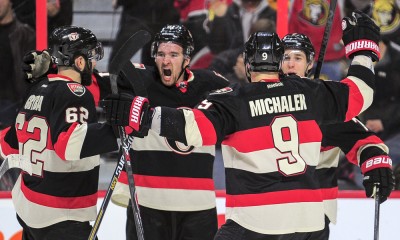 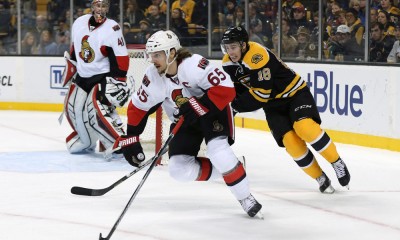 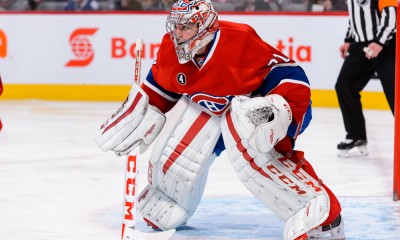