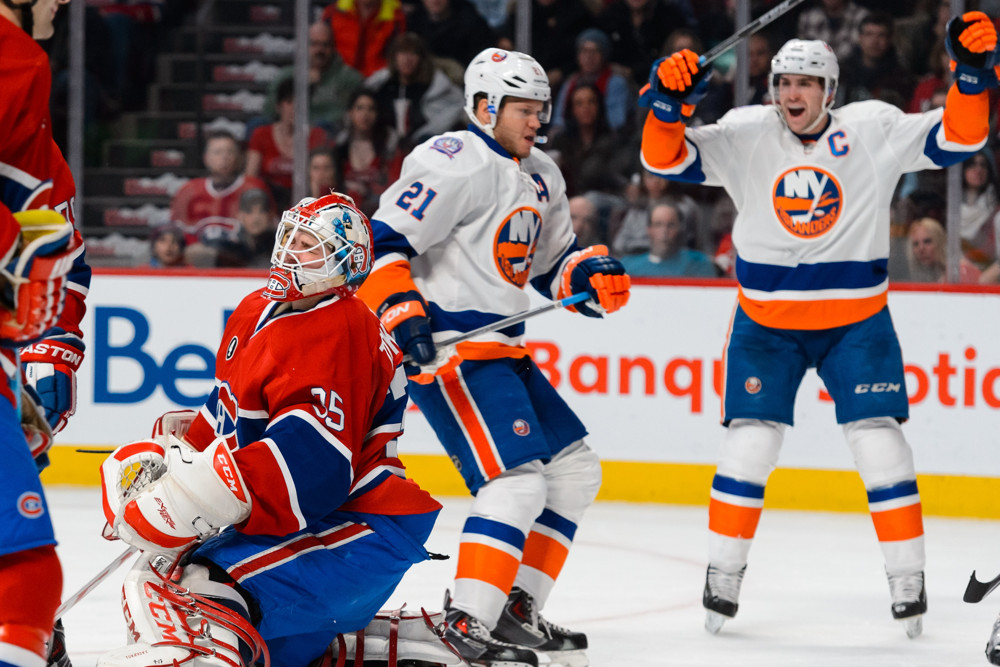 Kyle Okposo is a difference maker for the New York Islanders, so a detached retina — which required surgery, and wasn’t a guaranteed success in the first place — was the worst-case scenario for the alternate captain.

Okposo had surgery for the issue back in January, just a handful of days before the All Star break — and although the Islanders have certainly held their own in his absence, seeing him take the ice once again will be a relief. He’s coming in for the second night of a back-to-back road trip (well, kind of) for the first place team in the Metro Division; good thing, since it’s against the team nipping at their heels.

The Islanders will square off against their own city rivals at Madison Square Garden Tuesday night, bringing Okposo on board following a 4-3 overtime win in Toronto. Led by John Tavares in speed, skill, and shot quality, the Islanders overcame a 3-1 deficit to ultimately take the game — but adding Okposo back to the lineup will reinject some of the power that’s been missing from the team’s offensive lineup.

He had work done to ensure his right eye doesn’t befall the same fate, since Okposo admitted per Newsday that something on the ice during the Isles’ matchup against the Flyers on January 19th likely caused the detached retina — and his naturally bad vision made him prone to the issue happening again. He and his newly strengthened eyesight will be joining a familiar — but not identical — lineup to the one he left behind two months ago; with Tyler Kennedy already proving to be a game changer and Michal Neuvirth getting adjusted to his role behind starting netminder Jaroslav Halak, the return of Okposo to start off March will give the team about a month to grow accustomed to the new on-ice chemistry.

Prior to being held out of the lineup, Okposo had recorded fourteen goals and forty-four points in forty-six games; his four power-play goals will likely inject some life back into the roster’s special teams unit.