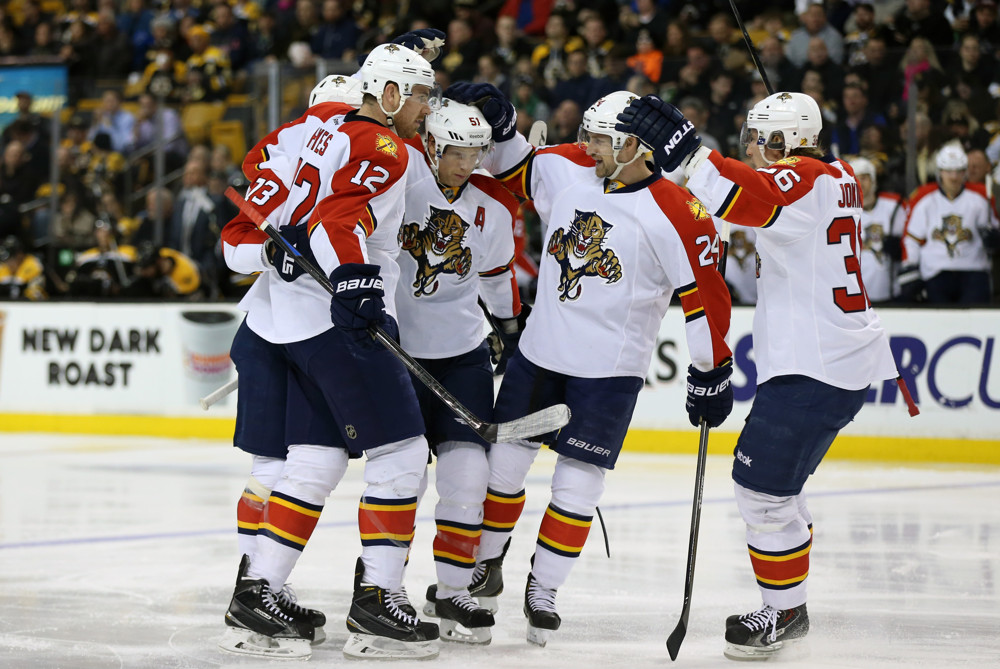 The Minnesota Wild signed defensive prospect Dylan Labbe to an entry level deal on Thursday morning, but they aren’t the only team bringing in talent from the major juniors today.

The Florida Panthers announced, per their official website, that defenseman Josh Brown has been signed to an entry level deal with the club. Brown — who is the captain of the Oshawa Generals of the Ontario Hockey League and faces off against the Niagara Ice Dogs Friday night — is unlikely to make an appearance with any Panthers pro organization this season, as his team is likely going to remain in the CHL playoffs too long for him to get the recall.

Like Labbe, Brown is a late round draft pick who has developed into a top prospect for Florida’s depth charts. He has now played in 230 games for the Generals as he finishes out his overage season in Oshawa, where he’ll lead his club into round two of the playoffs tomorrow. Standing at six foot five and well over two hundred pounds, Brown — taken in the sixth round of the 2013 NHL Entry Draft — has gone from simply having potential for his size to being a true, potential NHL-caliber shut down defenseman.

What he has in size, though, Brown lacks in scoring — which means that he’ll have to likely spend a considerable bit of time at the AHL level before he’s ready to move up to the Panthers starting roster. As he develops a nose for the speed of the game in pro hockey, though, he could project as a top back-end defenseman for Florida — and considering the offense already provided by blue liners like Aaron Ekblad and Dmitri Kulikov, that’s something the team could value so long as he’s able to keep up. Brown will need to prove that he’s able to skate at the pace of NHL games and use his strength — arguably his best asset — to make smart plays, not just reckless ones. At the major junior hockey level, the Oshawa captain shows solid positioning — he’s got one of the best even-strength goal differentials on his team (per CHLstats.com), and he was one of three defensemen on the Generals who shouldered nearly forty percent of the team’s estimated time on ice apiece — but he’ll need to prove that play is as good at the AHL or NHL level as it is against players half his age.

What Could Dylan Labbe Do For Minnesota?
Jiri Hudler Beats Quick With a Rocket (Video)