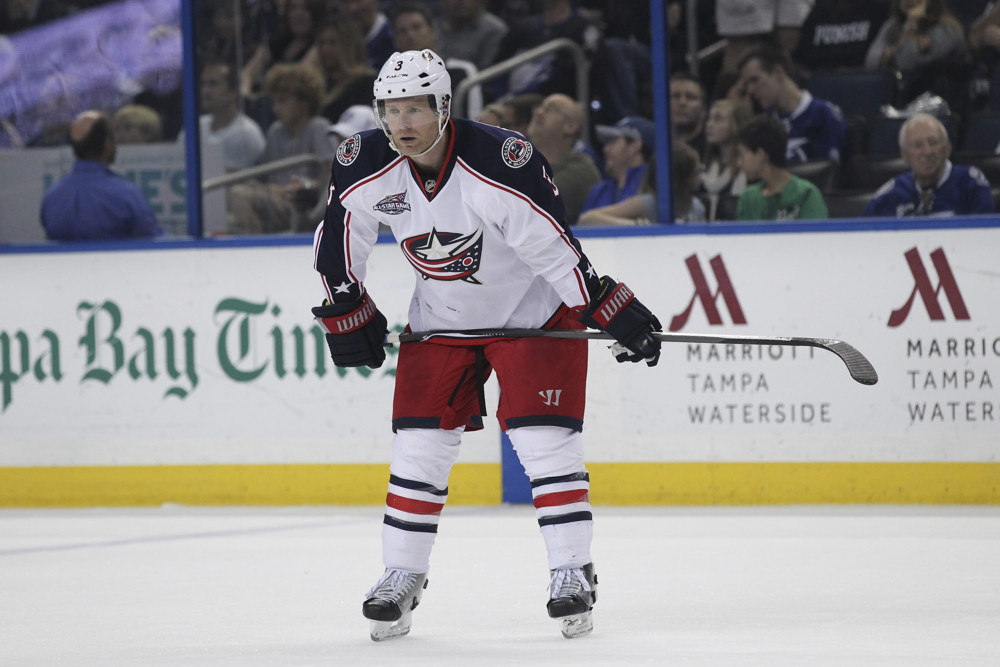 The Minnesota Wild are, much like the Islanders, a team that knows they have a winning roster.

They wanted to bolster their blue line, though, so they made a quick swap as the trade deadline approached — picking up veteran defenseman Jordan Leopold for a fifth round draft pick and defenseman Justin Falk.

Falk, drafted in the fourth round of the 2007 NHL Entry Draft by the Wild, reportedly requested a trade out — and with Leopold serving as a veteran presence for a blue line that’s been fairly up and down this season, the move makes perfect sense for both teams.

For the Wild, adding Leopold — not very offensive in nature, but a quality presence who’s been around the league enough to know what he’s doing — gives them depth on defense and potentially a bolstered penalty kill unit. In return, the Columbus Blue Jackets — dealing with a lost season due to a plethora of player injuries stacking up from start to finish — get a twenty-six year old defenseman who can move forward with the team long term. In addition, they get a fifth round pick — not a guarantee to turn into anything, but another valuable prospect to add to an already growing pile of assets.

Falk carries a cheap cap hit — only $700,000 AAV — so he’ll be able to provide some open cap space for the Blue Jackets in the wake of taking on David Clarkson’s massive contract moving forward. For the Wild, though, adding a blue liner able to pull heavier minutes — Leopold averages over seventeen minutes of ice time, while Falk is coming in right around nine — in front of the team’s miracle goaltender, Devan Dubnyk.