Will there be anyone left to be traded on March 2? Dominoes keep falling as the NHL trade deadline approaches, as the Winnipeg Jets have traded their 2016 third-round pick and a conditional 2015 sixth-round pick to the Carolina Hurricanes for forward Jiri Tlusty.

The trade came after the team placed Blake Wheeler on the IR list. The move gives the Jets some depth at forward—something they’ve been missing due to a rash of injuries over the last few weeks. Wheeler joined Mathieu Perreault on the injured reserve. Winnipeg also traded Evander Kane earlier in the month, depleting their forward core even  more.

After not making many moves through his first four seasons on the job, Kevin Cheveldayoff has been going after it in February. He brought in Tyler Myers and Drew Stafford in the Kane deal (along with prospects Joel Armia and Brendan Lemieux) and has now added another scoring option to his top-nine.

Much like Kane needed a change of scenery prior to his trade, Tlusty needed a fresh start to perhaps revitalize his career. He scored a career high 23 goals in 2012-13, but hasn’t reached the 20-goal plateau again since. In Carolina, Tlusty had been treated like a top-six forward. Now he’ll leave one of the worst teams in the NHL to try and help the Jets make the playoffs for the first time since the franchise relocated to Winnipeg.

If that doesn’t get the 26-year-old going, then maybe the promise of a decent contract extension will.

The Hurricanes are gearing up for a rebuild that will likely take a few years. The Jets are on the other end of that process, but still needed a few extra bodies to round out the bottom-six. Once healthy, Winnipeg should be able to place Tlusty on the third or fourth line for some secondary scoring.

If it doesn’t pan out, he’s a UFA at the end of this season and Cheveldayoff only gave up a draft pick (at least) to shore up his group as they try to remain in contention for a Wild Card spot. 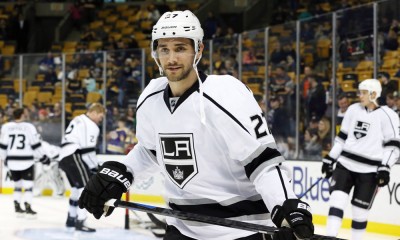 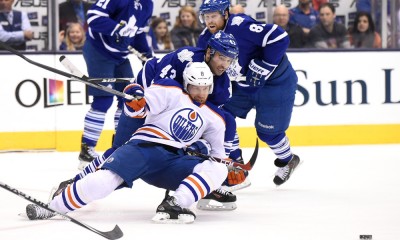