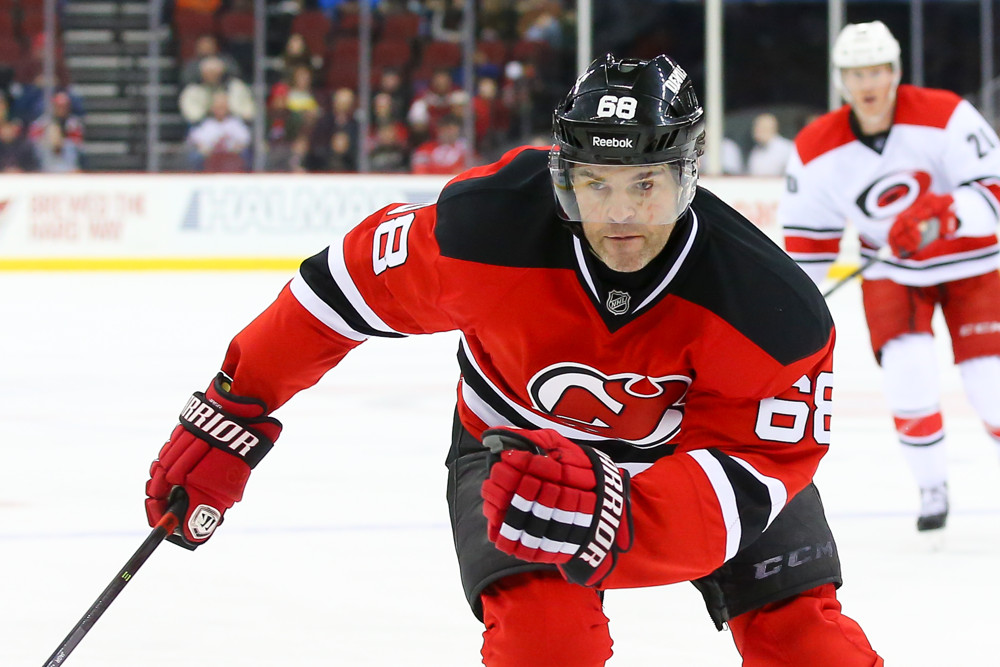 Jaromir Jagr Has Lost His Grin

Jaromir Jagr Has Lost His Grin

Chances are, you grew up watching Jaromir Jagr play.

With two Stanley Cup rings, 1,529 games played, and four Olympic appearances, Jagr has had one of the most illustrious NHL careers in modern history. He’s played for cup contenders, made numerous post-season runs, and continues to be one of the most idolized and well-respected players in the NHL.

Whether he’s still a top six forward or not, though, isn’t the question — it’s whether he still feels useful on the ice.

During an interview published by NJ.com Wednesday morning, Jagr said it’s been a long time coming; since this Boxing Day, to be precise.

“I knew it was going to happen. There is a history, so I knew. When coaches change, that’s just the way it is. This is not the first time it’s happened to me,” Jagr said in an interview with NJ Advance Media that was interrupted by several others.

Sure enough, Jagr’s on-ice minutes have started to dwindle; he’s been taken off special teams, and it’s affecting his production. If the Devils become a sure thing to miss the playoffs, he feels like the team will take him off the ice altogether.

This isn’t exactly uncommon; when teams lose out on a shot at the post-season, they take the opportunity to finish off the season with some added experience for youngsters on the team. Prospects teetering on the precipice of being NHL-ready get increased ice time as the season starts to wind down, and line combinations with guys looking to move forward with the franchise get played with to see where the team will stand in the coming fall.

Jagr isn’t ready to just hang up his skates, though — so he’s making it pretty clear that he’d like to head to a playoff team.

He’s unlikely to head somewhere as a top-line guy, but he’s more than serviceable as a depth forward. Combine that with his somewhat affordable cap hit (he’s only worth $3.5 million AAV) and expiring contract, and Jagr’s the kind of guy any number of teams could be interested in.

Boston and Chicago immediately jump to mind, but dark horses — such as Vancouver or Los Angeles — could be interested in taking him on as well.

What it comes down to, really, is whether head coach/general manager Lou Lamoriello is willing to part with him and be a seller at the deadline. He didn’t seem willing to unload players prior to the deadline with the playoffs a distant — but technically not impossible — option, so convincing him that Jagr would be better used elsewhere may be tough.