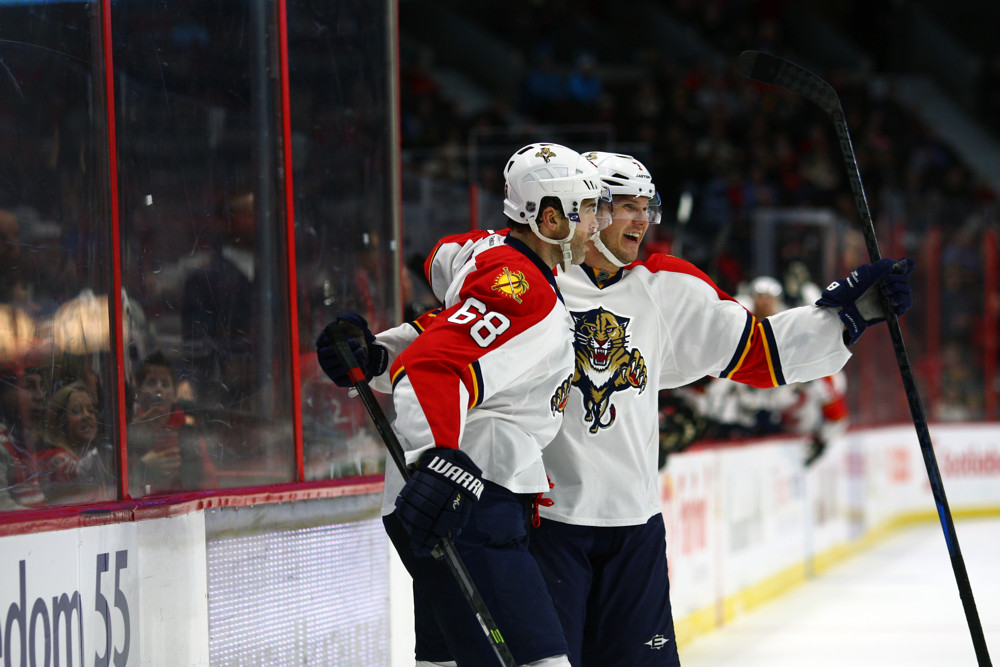 As the Leafs were sending their GM and head coach out the front door, last season’s second-worst franchise is busy buckling down the pieces that helped them make an impressive regular season run.

Acquired at the trade deadline by the Florida Panthers, veteran Jaromir Jagr has been confirmed to have just inked a one-year extension with the Atlantic Division franchise. The team released a video as soon as the announcement was made:

.@68Jagr on re-signing with the #FlaPanthers. pic.twitter.com/XLFLbTzaHd

Jagr, 43, is fourth all-time in points for the league, sitting just behind Wayne Gretzky, Mark Messier, and Gordie Howe with his 1,802 career NHL points; he leads all active players with that tally. As a matter of fact, he would only need to earn 89 more points before he retires to surpass both Gordie Howe (3rd all-time with 1,850 pts) and Mark Messier (2nd all-time with 1,887 pts) to become the second highest scorer of all time; the only player he’s unlikely to catch is Gretzky himself.

He’s also tied with Gretzky, though, in career all-time power play goals (with 204); he’s first overall in that category as well among active players, while he and Gretzky hold court over the fourteenth all-time slot.

Although the team hasn’t disclosed the details of Jagr’s contract, which will extend through the end of the 2015-2016 season and likely includes limited trade stipulations, it’s believed that it will follow a similar structure to his last deal. Given a low starting salary to begin with, deals like his last one offer performance-based bonuses for each game and milestone he hits; as a tenured veteran, this is the best kind of deal for a player like Jagr.

To see the Czech icon re-sign with the Panthers, though, speaks the loudest about where the club is headed next season.

The New Jersey Devils reportedly dealt Jagr at his own insistence leading up to the 2015 trade deadline; after seeing his usage plummet, Jagr believed that he wanted to be on a team that had a shot at the post-season. Considering he seems excited to be heading back to the Sunshine State next fall, it’s safe to assume he believes the club has a playoff appearance in their near future.

*Update: per NHLNumbers, Jagr’s deal is $3.5 million for one season, plus performance-based incentives.