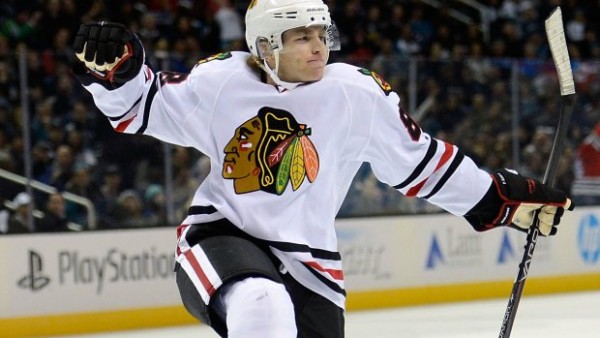 When Patrick Kane went down with a broken clavicle on Feb. 24, the season changed. With all due respect to Tyler Seguin and anyone else who has missed time this year, no injury in the NHL carries the potential overall impact that Kane’s has. The Chicago Blackhawks are a legitimate Stanley Cup contender (just ask any of their fans – no seriously, they’ll tell you. Repeatedly), and Kane was putting up the best statistics of his career. The Art Ross Trophy was in reach. Honestly, the Hart Trophy might have even been an option if he kept up that pace – and Alex Ovechkin, John Tavares and Carey Price all retired.

So how have the ‘Hawks responded? It’s a small sample size, but the early returns seem to be good. Counting the game Kane got hurt in, they’re 5-1-1. And with Nashville forgetting how to play hockey at the most crucial time of the year, Chicago is suddenly just five points behind the Predators for first in the Central – with games in hand. St. Louis is in the mix too, but it’s undeniable that Joel Quenneville’s squad is making up ground. In other words, they’re doing what we all expect them to do in March. They’ve been here before, and they know what it takes to win during the stretch run.

A closer look could indicate that they’re still adjusting to the loss of Kane’s scoring touch though. In the six full games that he has missed, the Blackhawks have managed just 11 goals – and five of them came in one outing against Carolina. That 1.83 goals per game average is a far cry from the 2.73 they’ve put up all season, and an even farther cry from the 3.18 (No. 2 in the NHL) that they averaged in 2013-14. Only Jonathan Toews and Brandon Saad have registered multiple goals since Kane went down, and some big names (Patrick Sharp, for example) have yet to score at all.

Does that all matter? Not yet. It is still a relatively small sample size, so reading too much into it would probably be a mistake. But if they continue to score at this rate for the rest of the year, there could be issues. Especially since they were held to just one goal by an Edmonton club that doesn’t exactly thrive defensively and two goals by an Arizona team that has an extremely young blue line right now. And, when facing top tier opponents Tampa Bay and the New York Rangers, Chicago was shut out entirely.

Again, it’s hard to be too worried about a roster that includes Toews, Saad, Sharp, Marian Hossa, Duncan Keith and Brent Seabrook – among others. But we are reaching that point of the season where it’s fair to nitpick a little. It should be noted that the Blackhawks are still working in Antoine Vermette and Kimmo Timonen, who came over at the trade deadline. When those two get comfortable and the team’s system becomes second nature to them, it only makes sense that production will go up across the coard. Plus, they still have a possible breakout star in Teuvo Teravainen finding his way in the NHL. Because really, why wouldn’t Chicago have another potential offensive dynamo waiting in the wings?

The biggest key to the ‘Hawks success of late, however, has arguably been the play of Corey Crawford. In his five starts since the Kane injury, he’s allowed a total of five goals and his save percentage has been a robust .962. Not bad, if you’re into that sort of thing. Chicago usually wins thanks to a high-powered offense, impressive puck possession and a wealth of big-game experience that most clubs simply don’t possess. Goaltending is obviously important, but it’s never the first thing people think of when the Blackhawks are mentioned. If they’re going to allow less goals now too, that would only make them that much more dangerous.

The early prognosis on Kane was that it would likely take about 12 weeks for him to fully recover from his injury. In essence, that would make him “healthy” on May 20 (but who’s counting?), though that doesn’t necessarily account for him being back in game shape or anything. Still, he’s a special talent and – if he were able to return around then – Chicago would have to reach the Western Conference Finals to even be able to consider using him.

That’s where the next few weeks become important. Based on what they’ve done over the last five years, the ‘Hawks are likely going to be considered a favorite heading into almost any playoff series. But drawing a healthy and hungry Blues team in the first round could certainly be considered a tougher path through the postseason than winning the Central outright and potentially facing an extremely inexperienced wild card team like Calgary or Winnipeg. Then again, that wild card team could also be Los Angeles, which would mean a) one of the greatest Round 1 matchups in recent memory and b) total chaos.