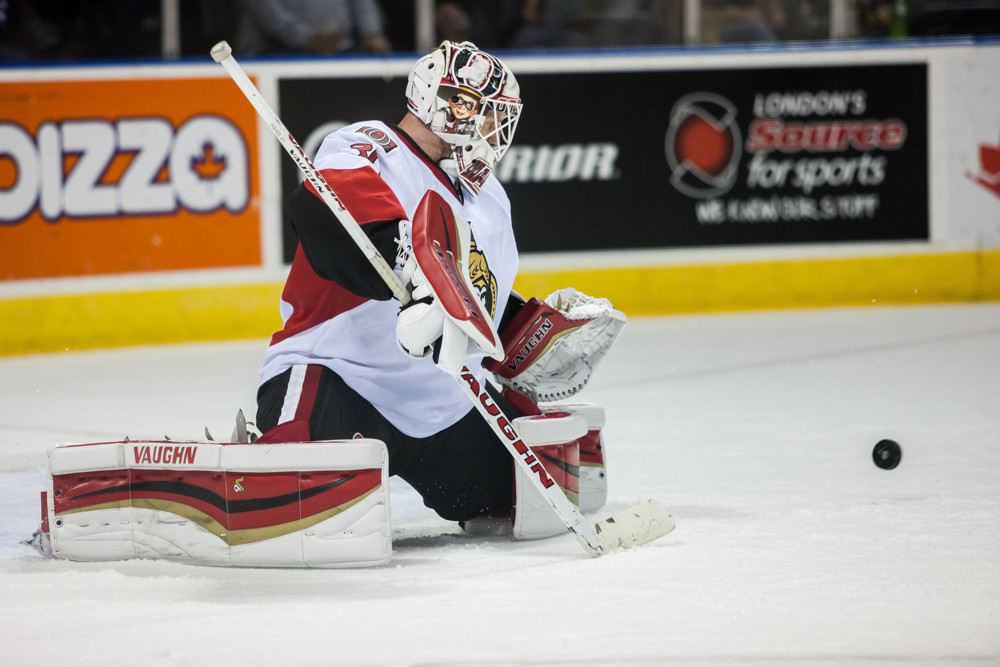 The Ottawa Senators have been one of the most perseverant teams in NHL this season. They made the playoffs when nobody thought they would despite a roster filled with youngsters and relative unknowns, they dealt with the cancer diagnosis of general manager Bryan Murray who took some time away from the team to undergo chemotherapy, and of course on the eve of this spring’s playoffs, the organization was dealt another blow with the passing of assistant coach Mark Reeds, who also courageously battled cancer right until the very end.

And yet, In spite of all of that adversity, the Senators put together a run that allowed them to clinch one of the final playoff spots in the Eastern Conference, earning the team a date with the Montreal Canadiens in Round 1. The fact the team is anywhere near the playoffs much less right in the thick of it is thanks to up-and-coming young forwards who have played way above expectations when given the opportunity this season. Namely Mike Hoffman and Mark Stone, who not only combined to lead the team past the Pittsburgh Penguins in a crucial game a week ago, winning in overtime and extending the team’s season, but who have been doing it all year. Stone has been particularly hot in the second half, ranking among the league’s top scorers.

Emerging young goal scorers who can put the puck in the net aside, the whole hockey world knows the Senators would not be where they are if not for goaltender Andrew Hammond, who joined the team in mid February and promptly put together a monumental run, winning 20 out of 23 starts to finish the season. All of this from a guy who had only played in one career NHL game before.

Unfortunately for the Senators and their fans, it looks like the run may be over for the goalie now affectionately nicknamed The Hamburglar. That’s because in Game 1 on Wednesday night, the Canadiens peppered the Hammond with 35 shots, finding a way to squeeze four of them past the goal line giving Montreal a 4-3 win. To put into perspective just how significant a result that is, prior to Tuesday night, Hammond had only given up more than three goals in a game in two career NHL starts.

And so it appears that Hammond’s magical run may finally be over. It’s a harsh reality but it’s true, the run has to end sooner or later. Logically speaking it would be virtually impossible for Hammond to continue his winning ways at the current pace he’s on, even if the players in front of him were destined for the Hall of Fame. And while the Senators have been playing playoff hockey for the better part of the last month just for the right to play in the spring, there really is no replacing the pressure of the real thing, especially in a place as historic as Montreal.

Secondly, as good as Hammond has been playing and as hot as he may be at the moment, he is up against an opposing goaltender who will likely win the league’s regular season MVP award and he did just break his own team’s record for wins in a season by a goaltender with 42. Carey Price has joined the likes of a Hall of Fame class of goaltenders with his spectacular string of performances this season. Consider that some of the netminders who have worn Montréal Canadiens jerseys in the past include names like Patrick Roy, Ken Dryden and Jacques Plante, all of which Price seems destined to join in the Hall Of Fame someday.

Finally, make no mistake about it, both the Montréal Canadiens and the Ottawa Senators are still relatively young teams, but the Habs boast a roster of players who arguably would’ve represented the Eastern Conference in the Stanley Cup finals last year if not for a knee injury to Price suffered at the hands of the New York Rangers’ Chris Kreider, who barreled into the net in Game 1 of the Conference Finals last season. The Ottawa Senators on the other hand are a team still on the up and up. There’s lots to learn, lots to prove and the fact of the matter is they may just be playing slightly above the threshold that the team should be at right now.

Put those factors together and we may indeed be witnessing the end of the Hamburglar’s dominance. The good news is that nobody will blame Hammond should the team lose and on a personal level, the young man has guaranteed himself a longer look in the NHL, something he has had to battle for over the last number of years to earn. Just remember that the series has only just begun, and perhaps the Hamburglar has a few tricks up his sleeves that will help the Ottawa steal the show one more time and live to fight another day. Only time will tell. Dave Cameron Fueled the Fire (And Not in a Good Way)
McDavid With the Maple Leafs Would be Good for the NHL
To Top
This site uses cookies to improve your experience. Read more.