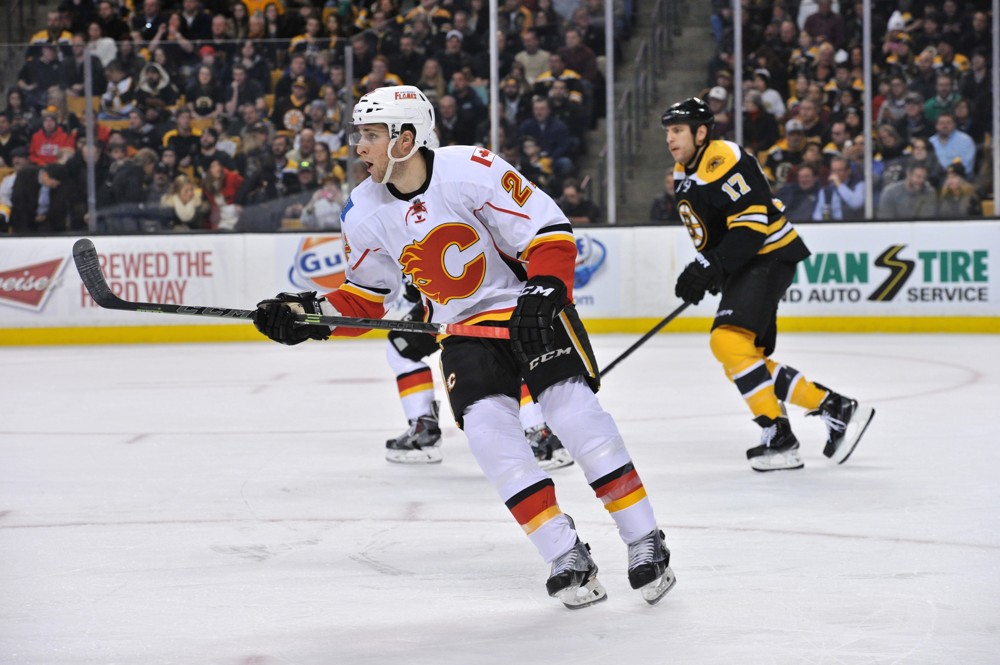 Since the Calgary Flames acquired Drew Shore from the Florida Panthers in early January, he’s only been able to suit up in seven contests. There was no room for him in Sunrise as the Panthers have plenty of skilled (but young) forwards to work with, so they shipped him to the Flames for Corban Knight.

Since then, Shore has slipped into the lineup whenever head coach Bob Hartley needs a touch more skill at forward. In this instance, the Flames will scratch Brandon Bollig in favor of Shore.

Only one change to #Flames line-up…Brandon Bollig is out, Drew Shore is in. #CGYvsMIN

It’s assumed that the 24-year-old will slot in on the third line alongside Markus Granlund and Mason Raymond , rounding out the top-nine for Calgary against a deep Minnesota Wild team this evening.

Having to battle to get into the Flames lineup isn’t new for Shore. He never seemed to carve out a place in Florida despite his pedigree (44th-overall selection in 2009), and hasn’t had much of a chance to make an impact for Calgary. He’ll have that kind of opportunity against a playoff-bound Wild team tonight though.

The Flames have fallen out of a Wild Card spot over their last ten games, and both the Wild and Winnipeg Jets are on 7-3 runs. Picking up two points against one of the teams they are chasing would be big, and it says a lot about Shore that Hartley is willing to bring him into a contest like this somewhat cold.

He’s saying all the right things following the news.

If Shore can play the way he says he wants to, the Flames might have a tough time sitting him again down the stretch. Calgary plays its next five games on the road, and the success of this trip will likely determine the team’s playoff destiny. Pundits have been waiting for this squad to come crashing down to Earth all season long, but they’ve shown a ton of guts.

Tonight’s game against the Wild should be entertaining and it will be a great test for Shore.

Editor’s Note: The Flames actually scratched Shore at the last minute, instead inserting Paul Byron into the lineup.