Lamoriello has been the General Manager of the New Jersey Devils since 1987, so going through all his 1st-round draft picks would result in a short novel. So we’ll keep this article to how “Uncle Lou” has done since 2000. Let’s note that he has several great picks on his resume since taking over. Players like Martin Brodeur, Scott Niedermayer and Brendan Shanahan are just some of the phenomenal players that Lamoriello has drafted. But has he been as successful during the 2000s?

Hale is a big physical defenseman that came out of the University of North Dakota where he spent three seasons playing NCAA hockey. He never ended up having much of an impact on the Devils during his three seasons in New Jersey and was dealt to Calgary in 2007. Hale retired in 2011, but returned to hockey last season and represented Italian side HC Appiano in the semi-professional Inter-National League.

Verdict: Not good. If Uncle Lou would have looked past Hale’s size, he would have seen that Niklas Kronwall was still available for selection and he could have had himself another franchise defenseman.

Foster is a bit of a mystery pick by Lamoriello. He wasn’t dominating juniors or doing much else to justify getting picked in the first round. Sure, the 2001 draft wasn’t stacked with talent, but Foster was a real bust. He never played for the Devils and became a journey man in Europe and the minors.

Verdict: Terrible. One of the worst picks in the 2001 draft, no doubt about it.

Parise was a stud as a youngster and just scored in bunches. After a successful freshman year at the University of North Dakota he was picked with the 17th overall pick by the Devils. There were some concerns about his small size and work ethic, but the Devils took a chance on Parise and boy was it a good one. He had many good seasons with the Devils before leaving as a free agent to sign with the Minnesota Wild in the 2012 offseason.

Verdict: Great pick. Parise is a game-changing player when he’s on his game and he did a lot of good for the Devils. Only negative is that they lost him to free agency.

Zajac is another University of North Dakota product, a program that Lamoriello seems to have a fondness for. Zajac has been a solid player for the Devisl since coming into the league in 2006. He been the top-line center for many season, but has struggled a bit this season and only has 22 points in 65 games. With a cap hit of $5.75 million per year, more production is needed to justify that contract.

Verdict: Not bad. Zajac is a solid player, but he’s not a top-line center. But since the rest of the Devils’ center lineup isn’t very strong, Zajac is forced to play on the first line, even if he would probably be better as a second-line center.

Bergfors showed a lot of promise playing for Sodertalje in the Swedish U-20 league. He was selected with the 23 pick during the 2005 draft. He spent four seasons in the AHL before getting his breakthrough in the NHL during the 2009/2010 season. He played well, scoring 13 goals and 14 assists in 54 games. He was part of the deal that brought Ilya Kovalchuk to the Devils. Bounced around a few NHL teams before moving to the KHL where he currently plays for Admiral Vladivostok.

Verdict: Decent. Bergfors was probably ready for the NHL after his second season in the AHL, but he wasn’t given a real chance to break into the team. He played well when given the chance and it’s not his fault he got dealt to Atlanta in the Kovalchuk deal. Bergfors is a solid player that never really got a break in the NHL, so not surprising that he opted to go to the KHL.

Corrente is a physical defenseman that the Devils had very high hopes for after he was drafted with the 30th overall pick in the 2006 draft. It never panned out for Corrente and he only played in 34 games during his time with the Devils. Corrente has spent the majority of his career in the AHL and is currently with the San Antonio Rampage.

Verdict: Bust. Corrente was never anywhere near to establish himself as a NHL player while he was with the Devils and he will most likely continue to be an AHL player.

Tedenby is a speedy little forward that has some great hands. It was seen as a good pick by the Devils when they took him with the 24th pick as he was ranked fourth among European skaters. Unfortunately, Tedenby struggled in North America. He split time between the NHL and the AHL, and that certainly didn’t help Tedenby with his development. After four seasons, and 30 points in 120 NHL games, he called it quits and moved back to Sweden and HV71 in the SHL.

Verdict: Bad. Tedenby wasn’t ready for NHL hockey when he came over and it feels like he was rushed into the league. If the Devils would have showed some more patience and played Tedenby a full season in the AHL before bringing him up it could have been a totally different story.

Lamoriello went with another Swedish player with his first pick as he selected Josefson with the 20th overall pick. Josefson had been impressive during the season leading up to the draft as he played for Djurgardens IF in the SHL. He spent another season in the SHL before coming over to North America and after splitting time during his first couple of seasons with the Devils, he’s now a permanent fixture in the lineup as the fourth-line center.

Verdict: Decent. Josefson has more to give and if he would be given a more offensive role, he could definitely add some secondary scoring.

Larsson was a highly touted defensive prospect and had shown proof of his potential during his time in the SHL and with the Swedish junior national team. He was the highest ranked European skater (Gabriel Landeskog was seen as a North American skater) and it was no surprise that he went in the top 5. The Devils picked him with the 4th overall pick and he was immediately thrown into the fire during the 2011/2012 season and played 65 games. The following two seasons he split time between the NHL and the AHL, but this year he has stayed with the Devils, besides a single game down in the AHL.

Verdict: Almost screwed it up there Lou. Larsson is a great prospect, but he was clearly rushed in too early and putting was too much pressure on him. He was not ready to play top-pairing minutes. But this season he has looked really comfortable and things are going to turn around. Larsson will become a great NHL defenseman in time.

Son of former NHL player Stephane Matteau, Stefan has some good genes and he has already gotten a taste of the NHL as he played 17 games for the Devils during the 2012/2013 season. He’s a product of the USDP and he has a very aggressive playing style and loves to hit people. He has pretty good speed and can be used in many situations. He’s had two solid seasons in the AHL with the Albany Devils, and he seems to be ready for a bottom-six role in the near future.

Verdict: Looks promising. Matteau can add some grit to the Devils, and sooner or later Lou will be forced to get some younger players into the team as they have relied way too much on older players. Get him in and play him in a third or fourth line and see how he does, and park him in front of the net on the power play.

With the last name Quenneville, eyes will be on John as he was picked with the 30th overall pick by the Devils in the draft last year. He’s doing a solid job for the Brandon Wheat Kings in the WHL, playing with his brother Peter who was selected by the Columbus Blue Jackets in the 7th round in the 2013 draft. John is highly ranked among the Devils prospects, and we’ll have to wait and see if he can make a case for himself next season during training camp.

Verdict: Too early to tell. At 18-years old, it’s way too early to say if Quenneville will be able to grab a spot on the Devils in the near future, most likely he’ll spend some time in the minors.

Overall verdict: A very mixed bag from Lamoriello. Some picks like Parise and Larsson are great ones, but then you got stinkers like Foster and Hale that brings down the overall impression. But Uncle Lou seems to know what he’s doing, he just needs to be careful not rushing players in too early and maybe that’s why he has such a veteran heavy squad at the moment. 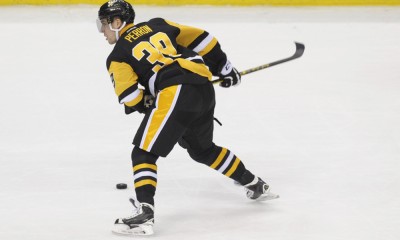 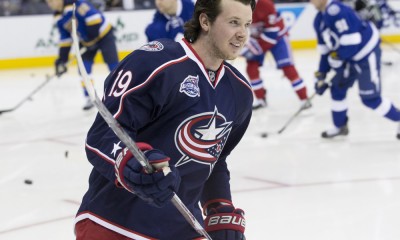 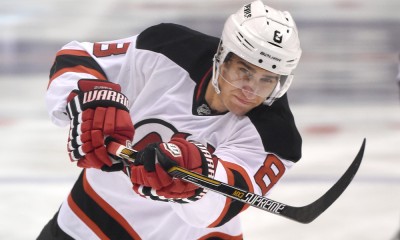 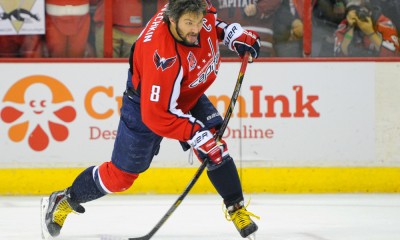 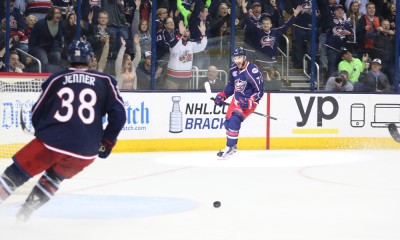 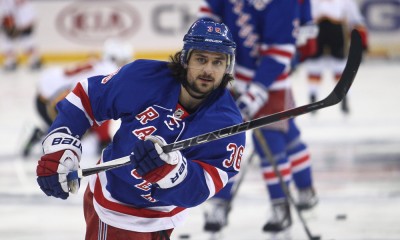