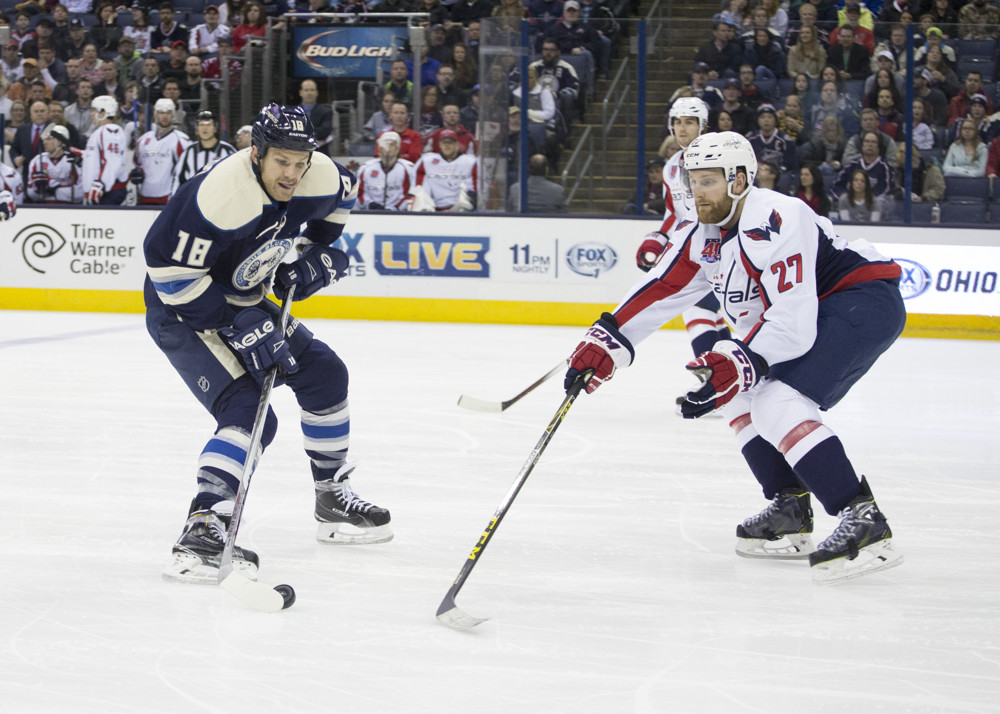 David Clarkson was dealt to the Columbus Blue Jackets for Nathan Horton prior to the deadline — and while the Leafs received some backlash for their somewhat suspect circumvention of the salary cap, Columbus was just happy to have a healthy player on the roster.

Horton himself may never play hockey again; he only got in a partial season with the Blue Jackets before a degenerative back condition made it impossible for him to continue playing. He’s not alone, though — counting long-term injured reserve games missed, the Blue Jackets have over four hundred man games lost on the season (and over a month left to go). Even without LTIR as a factor, the team has 399 MGL; you can’t even make up a season this unlucky. From groin pulls to broken bones, surgery to concussion issues, the Metropolitan Division team has had some of the worst luck from the pre-season on; it’s only fitting, therefore, that the one healthy player they trade for befalls the Columbus Curse as well.

He left Tuesday night’s game against the Washington Capitals during the third period, failing to return — for what has now been confirmed will be the remainder of the season.

Per the Columbus Blue Jackets’ official site, Clarkson has suffered a torn oblique muscle; with the injury projected to hold him out for four to six weeks, he’s more or less done for the year. The Blue Jackets — not in small part due to the team’s massive injury count — are far from playoff consideration; even if Clarkson were to return ahead of schedule, he’d be back in the lineup for just long enough to finish out the final few games before the season came to a close. At thirty-one, it’s unlikely that Clarkson’s recovery would move that fast.

Although the Blue Jackets still benefit from having a potential healthy body on the ice in the future — something that was all but eliminated as a possibility in regards to Horton — this season has been far from satisfactory; coming to Columbus with ten goals in sixty games for the Toronto Maple Leafs prior to his trade, Clarkson could have given them at least some small satisfaction to close out a tough year. Even the All Star Game found the team suffering; the host city was unable to ice starting netminder Sergei Bobrovsky due to a last-second groin pull in the final game prior to the All Star Break.

If there’s any consolation for Columbus, it’s that their final record is far from indicative of their true on-ice talent — and with a top ten draft pick looking like a strong possibility in their future, they could only get more talented following this season.