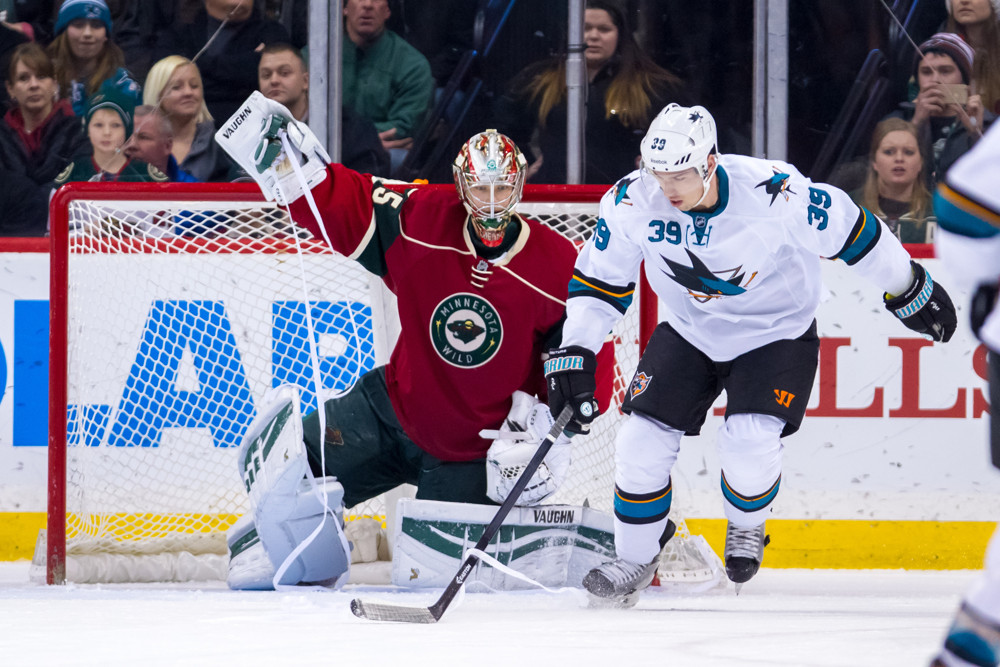 The Minnesota Wild have given Devan Dubnyk thirty-nine consecutive starts — forty, if you count his final start for the Arizona Coyotes prior to getting dealt to the Wild.

Now, though, he’s finally getting a break — and Darcy Kuemper is getting a chance to show that he’s ready to get back in the saddle soon.

Per Minnesota Wild head coach Mike Yeo, Dubnyk will get his first night off in forty games — and Kuemper, who has been backing Dubnyk up since January, will get his first start in just as long. Yeo suggests that it ‘a night mentally, completely off will be good for [Dubnyk]’ — and with the Wild already sitting in a guaranteed post-season spot, they can afford to drop a game.

The last start the 6 foot 3 Kuemper made for the Wild, of course, was on January 6th — and the last time he stood in net was to relieve Dubnyk in an eventual shootout loss to the Detroit Red Wings. Over the season up until that point, Kuemper had struggled — after posting two consecutive shutouts against the Colorado Avalanche to open up the season, the 24-year-old Saskatchewan native dropped to a .904 SV% and an even worse 13-12-2 record — but as the better of Minnesota’s two non-Dubnyk options, it’s likely the franchise wants to see if the prospect has re-discovered his game.

During the 2014 NHL playoffs, Kuemper had played a fairly impressive handful of games for the Wild before going down with an injury — and although he started off the season strong, something started to slip halfway through the fall. It’s possible that the overall team morale — which Wild skaters have mentioned as being rock-bottom when Dubnyk came aboard — was affecting more than just the teams’ five other on-ice skaters during each shift, but it’s hard to make excuses for poor play. Instead, the team has ridden an elite-level save percentage posted by Dubnyk back into playoff contention, while Kuemper has sat on the bench and patiently awaited his chance to get back in net.

The Wild, as has been their custom so far this spring, haven’t confirmed who will start their final game of the season — and although it’s likely Dubnyk gets the nod, a good game from Kuemper could earn him another shot. After all, last spring showed the Wild how quickly goaltending depth can be depleted through injuries in the fast-paced post-season — and if Kuemper is able to get his confidence back up and establish himself as a clear backup for next season, the team could be in even better shape.

Puck will drop between the Wild and the Nashville Predators at 7P.M.