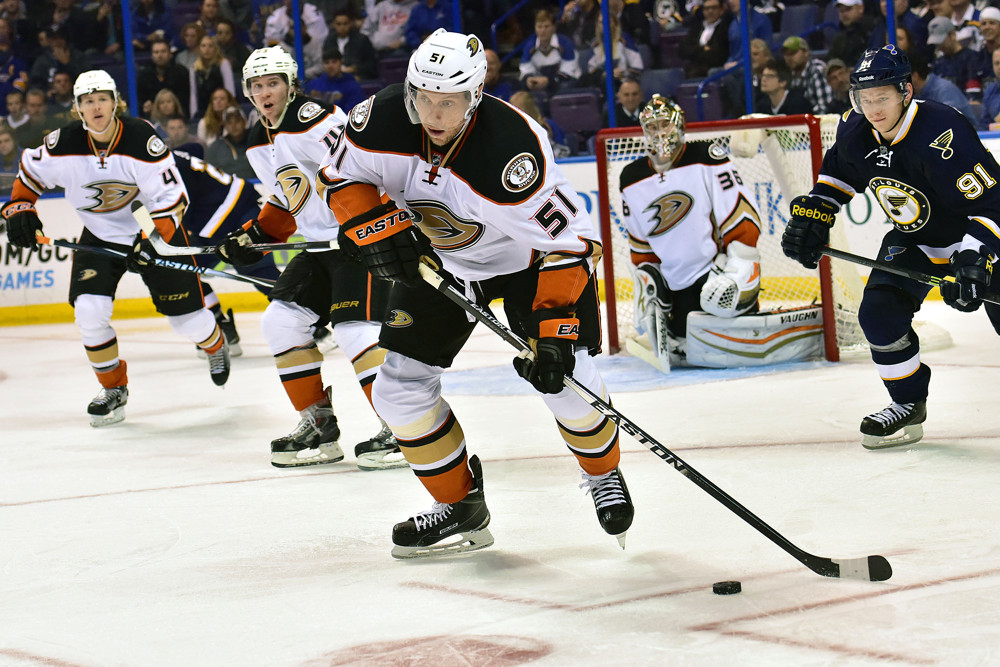 Dany Heatley was once considered the ‘Face of the NHL’. He was the future of the sport — the German offensive dynamite was the stereotypical All Star. He scored 50 goals during the 2005-2006 season, then followed it up with fifty more in his 2006-2007 campaign. He’s six foot four, good on the man-advantage and when short-handed, and looked like he’d be a star for years.

Fast forward to 2013, though, and Dany Heatley had dropped off the map.

Twelve goals in seventy-six games isn’t the kind of production most would scoff at; for a consistent third-line player, putting up close to thirty points on the season is something most teams covet.

For a player who once scored nearly that many goals in game-winners alone, though, it signaled a drop-off in production that wasn’t slowing any time soon; when six games saw Heatley go completely scoreless and in need of major surgery, the Anaheim Ducks — the most recent team to take a flyer on the former superstar — decided the thirty-two year old player was no longer worth the risk. He was placed on waivers; after clearing, he became a regular in the AHL.

The Florida Panthers aren’t exactly the kind of team that needs to be absolute buyers or sellers, though — so when the Anaheim Ducks packaged Heatley and a third round draft pick for forward Tomas Fleischmann, the deal seemed more than worth it.

What does this bring to the Anaheim Ducks?

Having Heatley was almost an afterthought at this point; likely, the value they consider for Tomas Fleischmann was the third round pick and an open spot on their roster, although the trade deadline marks the final day where rosters are capped at a finite number of skaters. Fleischmann has been a serviceable forward who costs the Panthers a little more than they really want, and the team is looking to secure the most valuable return for a hail mary playoff attempt; in bringing back the third round draft pick, the Panthers have now evened out their trades almost completely. They brought in a third-round draft pick for Sean Bergenheim that they then turned over for Jaromir Jagr; by bringing back in a pick for Fleischmann, they ensure that the prospect cupboard isn’t being depleted just for the long shot at a post-season appearance.

While Heatley barely matters in this trade, though, the fact that he’s a conditional afterthought in a non-consequential trade deadline deal is a warning sign for NHL GM’s everywhere — if Mr. “50 in 07″ Dany Heatley is no longer worth a fraction of his initial value only eight seasons after lighting up the league, the decade-long contracts teams are handing out to stars like candy look even worse.

In acquiring Fleischmann, the Ducks have bought themselves more depth on offense; for a team that squeaked through the first half of the season on one-goal games, the importance of more forward depth cannot be overstated.