Welcome to the NHL, Casey Bailey!

Unlike most NCAA undrafted free agents, Bailey — who is a native of Anchorage, Alaska, and went undrafted back in 2009 — is far from undersized. He’s not a tiny but impressive blue liner like Torey Krug (who is dubiously listed at a generous 5-foot-9 in the Boston Bruins program) but rather one of the more imposing, large players coming out of the college hockey system.

Standing at a massive 6-foot-3 after three years playing for Penn State, Bailey has inked a two-year entry level contract with the Toronto Maple Leafs just in time for them to throw him to the wolves; according to TSN’s Darren Dreger, Toronto fans can expect to see their newest player take the ice as early as this week.

While it’s hard to imagine that anyone can turn the Leafs season around, they would be the only team so far to allow one of the newly-signed college and European UFA’s trickling into the league to report to the big club. The Boston Bruins have assigned Frank Vatrano to Providence, while the Dallas Stars immediately informed Maine captain Devin Shore that he would be reporting to the Texas Stars and Philadelphia, Florida, and Calgary have all done the same with their new signings — although if anyone else will get the call, it will be newly signed Panthers goaltender Colin Stevens.

Who is Casey Bailey, though?

He spent two seasons with the Alberni Valley Bulldogs of the BCHL in Port Alberni, BC, Canada, back when he was eighteen and nineteen. Although the season between those and his three years with the Penn State team saw him appear on the Omaha Lancers roster, he was an overaged kid for the USHL — at least, by NHL Entry Draft standards.

In a league where kids are lucky to hit the first or second round as seventeen-year-old stars in the USHL — and then sees many of them finish out their junior hockey tenure in the CHL somewhere — it’s unsurprising Bailey went unnoticed.

Once hitting the NCAA, Bailey went on what can only be described as a shooting tear.

The winger is known both for shooting powerfully and prolifically — and he’s got the build and potential to be a true power forward, which the Leafs (among other teams) have been coveting for a while. There’s been a bit of a shift in the NHL — particularly with the ‘death of the goon’ — away from developing players who have the potential upside of fitting this mold, because so many of them end up becoming fourth line bruisers and losing their scoring touch.

If Bailey plays his cards right, though, the prospect could end up leading the league’s next round of power forwards, especially if his 22 goals (sixth in the nation, first in the Big Ten) and 211 shots (leading the nation in that category, at least in the NCAA) are able to smoothly transition into pro hockey output.

At 23, Bailey is the perfect age for the rebuilding Leafs. He’s not so young that the team will need to hold his hand, but he’s not so old that his contributions will outlive their usefulness before the team sees playoff action again. He’s also coming into a team (at least, for a few weeks) that has given another NCAA free agent more than their fair share of room to grow — that’s Tyler Bozak, who was also signed straight out of college. Even if Bozak doesn’t stick around, he’s another product of the BCHL who went unnoticed at the NHL level until he saw his game explode in college. Whether Bailey has him around for a few weeks or a few years, having that voice to tell him what went right (and what went wrong) could be a huge plus.

Of course, not all highly touted college free agents fan out into anything great.

Bozak was overvalued when he came into the league, although he’s not as putrid as the alarmist reports would suggest. He’s best served as a middle-six forward and top power play contributor, but his deployment exclusively on Toronto’s top line with two other defensively deficient forwards has been the kiss of death.

Plenty of other college breakouts never really managed to shine at the NHL level. Although the jump from the NCAA to the NHL is much smaller than that of the OHL, USHL, and European leagues to the NHL, it’s still a big adjustment. For some players, they lose their scoring confidence, speed, or even playmaking ability when put in front of the pros.

For now, though, the Leafs aren’t trying to win. They’re trying to see who stays and who goes as they scorch the earth and begin again. Hopefully, Bailey has found his team . If he has, the addition of a trigger-happy power forward to a team already boasting William Nylander and Morgan Reilly as a part of their future is little less than formidable. 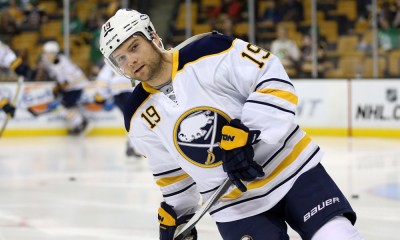 The Unexplained That Is Cody Hodgson

Trading Anthony Mantha for Dion Phaneuf Would be Crazy

How Lightning Can Keep Stamkos and the Triplet Line 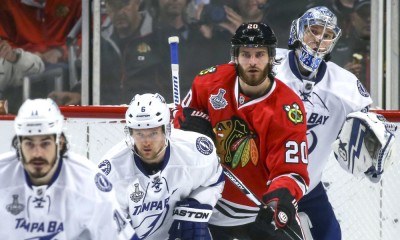 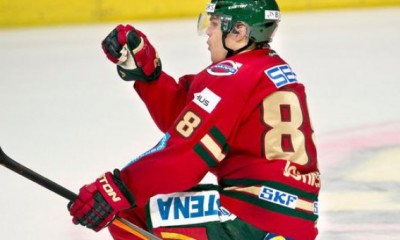 Andreas Johnson a Diamond in the Rough for Maple Leafs