The Vancouver Canucks missed the playoffs by eight points last season. In 2013-14, they switched coaches from the calm and collected Alain Vigneault, whom had been with the franchise for seven years with a Stanley Cup Final berth, to the abrasive and confrontational John Tortorella.

Whether or not Torts’ style would have worked within the confines of the Vancouver franchise in time, we will never know because he was let go after one playoff-less season and Willie Desjardins was brought in from the AHL ranks. New leadership and an aging core had expectations low for the Canucks entering the season, but they find themselves in second place in the Pacific Division.

The free agent addition of Radim Vrbata reinvigorated the games of the Sedin twins, Daniel and Henrik. Nick Bonino and Luca Sbisa arrived in the Ryan Kesler trade and have provided sandpaper and grit down the lineup.

Shawn Matthias, acquired in last season’s Roberto Luongo trade, has fit in to the group given a full season to acclimate. Linden Vey, a rookie acquired from L.A. in the offseason, has added skill to the bottom six that was lacking in previous years. All these relative newcomers have helped Vancouver improve their fortunes this season along with another one: Bo Horvat.

Vancouver made Horvat their first selection in the 2013 NHL Draft. That was a significant pick, because it was the bounty they received for trading Cory Schneider to the New Jersey Devils. Bo spent the 2014 season back in juniors, but made the Canucks out of camp as a true 19-year-old. Horvat didn’t start the season like he probably would have imagined. He played fewer than ten minutes in six of his first seven games. His first goal came on November 20th against the Anaheim Ducks.

The next night, he added three assists against the Blackhawks, but wouldn’t get another goal until December 30th, against San Jose. Through his first 22 NHL games, Horvat had totaled two goals and five assists for a paltry seven points. More disturbing, he had only attempted 17 shots in those 22 games and had failed to get more than two shots in one game at any point. Still, Horvat was only 19 and coach Desjardins continued to plug Horvat into the lineup and it’s a good thing he has.

Since the calendar has turned to 2015, Horvat has been among the NHL’s most productive rookies. He is scoring more and playing with more confidence than he had at the beginning of the season. Horvat’s soft hands and quick feet have been on display in some amazing ways in the last three months.

The video isn’t the only proof of Horvat’s improved play. The numbers also back up the claim.

Rookie 5-on-5 Production Since January 1st

All stats courtesy of war-on-ice.com

He’s tied for sixth in even strength scoring among rookies since January 1st, but he’s doing it while playing the second fewest amount of minutes. Only Jonathan Drouin plays fewer minutes and Horvat is outscoring him. Bo has also out produced Filip Forsberg and his Canadian neighbor, Johnny Gaudreau. Forsberg and Gaudreau are likely leading the Calder Trophy race right now for the league’s top rookie honors. And Horvat has added more points than they have since 2015 has begun during 5-on-5 play.

That is an important distinction because among those rookies listed, Horvat plays the fewest amount of time on the power play. He averages less than half a minute of PP time a game and only Kevin Hayes joins him in playing less than a minute on the advantage. Power play time is the prime opportunity to add to your scoring, as evidenced by Gaudreau and Forsberg adding 7 and 6 points to their totals respectively because of their time on the power play. Horvat has no power play points in that time.

Flip that script and Horvat’s value only increases. Shorthanded, Bo plays the second-most amount of time among the listed rookies, trailing only Ottawa’s Mark Stone. In fact, Gaudreau, Forsberg, Anders Lee and Mike Hoffman play almost no shorthanded time. So, just because Horvat doesn’t get time on the power play doesn’t mean he’s not an important contributor to Vancouver’s special teams. He’s a huge part of the success of their penalty kill and a big reason why it’s the third best unit in the league.

Another thing to consider when talking about Horvat is the fact that he is still a teenager. Stone and Hoffman are in their early to mid twenties. Gaudreau and Forsberg are 21 and 20. Only David Pastrnak and Drouin are also younger than 20 in that list. This means that Horvat’s game has improved as the season as gone on, but he should only be getting better since he’s still far, far from his prime years.

For the advanced stats crowd, Horvat isn’t a great possession player from the measurables. Only Gaudreau is rated worse than him when it comes to possession. But that’s only part of the story. He is the only player among the rookies whose relative zone start percentage is less than zero.

Evgeny Kuznetsov and Stone come close, ranking just above zero, but all the other rookies are comfortably on the other side of it. Horvat starts the majority of his shifts outside the offensive zone. He is also a true center, winning more than 50% of his faceoffs, a number that only Victor Rask can match in that time.

Scoring isn’t the only measure of value to a hockey team, and the advanced stats show just how much else Horvat brings to the table for the Canucks. Even if he isn’t scoring, he’s till helping his team in ways many of the other top rookies simply aren’t.

All told, Bo Horvat has been a much improved player since the start of the new year. He’s scoring more and gaining confidence every game. And he’s only 19. Vancouver hasn’t been adding a lot of youth to the roster over the past few seasons, but Horvat’s presence is a good step in that direction. He should be a good player for a long time in the Pacific Northwest. 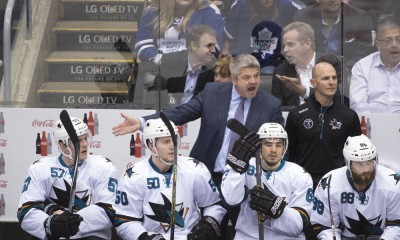 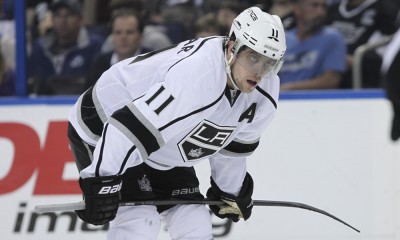 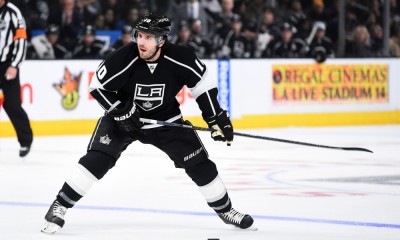