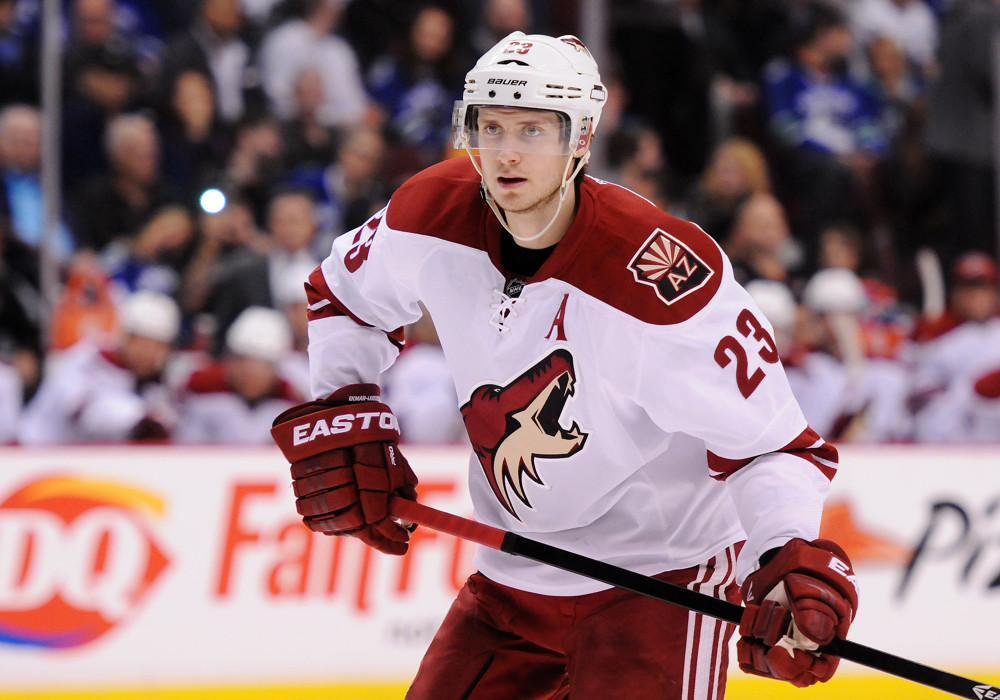 The Arizona Coyotes lost their final game of the 2014-2015 season 2-1, finishing the year 29th overall and breaking a franchise record for both fewest home wins and most regulation losses.

For fans attending that final home game, though, you barely noticed that.

The stands were packed and the crowd was deafening; the last home game I attended that was anywhere near as loud was a playoff game (and the home team went on to win the Stanley Cup; a pretty far cry from the on-ice product offered at Gila River Arena Saturday night).

It was fan appreciation night; the team Twitter account was run exclusively using tweets sent in by spectators, and the team’s most active social media members were given tickets to sit up in the luxury suites. The team’s tenured anthem singer, Patrick Lauder, crowdsourced the national anthem — made all the more special by the howls interjected at the regular moments in the song — and then, the team had a fan perform the ceremonial puck drop.

Of course, they weren’t finished with that fan quite yet :

The team introduced the Urmans, season ticketholders since the team moved to the desert in 1996, as the parents of US sargeant Daniel Urman — who was reported as serving in Afghanistan. They then had the Urmans stand at the end of the carpet to perform the ceremonial puck drop sans-puck; when they turned to see who would deliver it, their son jogged out of the home team tunnel to greet his parents.

The video went viral, showing up Monday morning on the Today Show — it’s not the first time a team has brought a soldier home to surprise his family during a game, but it was one of the more touching reunions. When father Eitan Urman tackles sgt. Urman in a hug, the two slip and fall to the ice — then deliver the puck drop as planned for the 15,000-plus in attendance at the game.

For the hockey fans across the nation who got swept up by the video, it’s a touching reunion for a son and his parents at the final game of the season. For Coyotes fans, though, it was the perfect end to the season — a high point on a low year, a reason to smile when the team hadn’t been providing a ton of that night after night.

With their playoff seed determined by the outcome of the game, the Anaheim Ducks came out ready to win — so while the Winnipeg Jets faced off against a Calgary roster devoid of their top eight regular season performers, the Coyotes were given no quick breaks. Despite that, the desert franchise kept the game closer than it had much of a right being — and although they were unable to replicate their disallowed goal and even up the score, Arizona gave their fans a solid show to end on a better note. Few Coyotes know if they’ll be back next season — making it all the more impressive that they all kept their heads in the game — but beyond that, the team put on a performance worthy of a viral conversation.

Needless to say, don’t be surprised when the Urmans bring home another season ticket package for 2015.