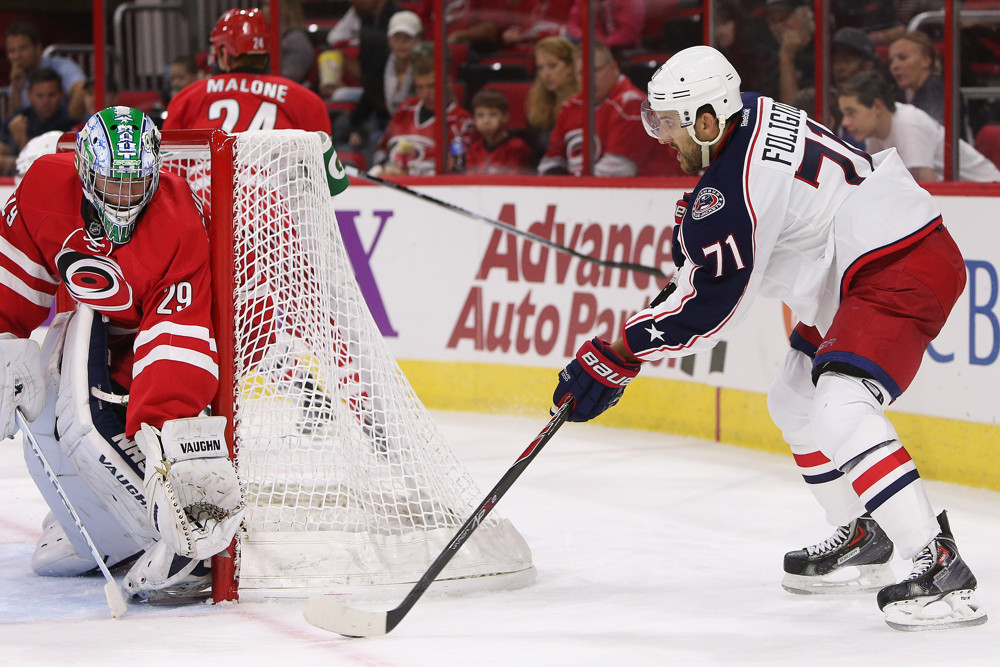 The Carolina Hurricanes have been busy this Friday.

They started the morning by signing 2013 third round pick Brett Pesce to a three year entry-level contract following his junior season at the University of New Hampshire. The tall but slight puck-moving blue liner had seen a consistent upward trend in his offensive production over three seasons in the NCAA, and could pan out into a power play quarterback for the franchise in the future.

The Hurricanes didn’t just solidify their future blue line, though — shortly after the Pesce signing was announced, the team confirmed that Plymouth Whalers netminder and former second round pick Alex Nedeljkovic had also been inked to an entry-level deal. Like Pesce, he’ll be reporting to the Charlotte Checkers of the AHL rather than the big club.

He stands at six foot even and has a calm, collected style of goaltending — so although there’s been a significant shift towards towering, lanky netminders with crazy butterfly form and insane reach, Nedeljkovic has managed to become a standout at the major junior level. Despite playing for a struggling Whalers franchise, the native of Parma, Ohio managed to keep his numbers up; his .916 SV% and 20-28-7 record are a personal worst for him, despite being numbers many goaltenders would love to boast as their own.

Nedeljkovic was the fourth best goaltending prospect at the 2014 NHL Entry Draft based on NHL Central Scouting rankings, and was taken 37th overall by the Hurricanes. A thumb injury over the summer kept him from making a splash at training camp, but he’s played well enough in the major juniors that the team has him reporting to Charlotte now; considering the lack of consistency in net from the Hurricanes over recent seasons, fans should keep an eye on Nedeljkovic (and work on both spelling and pronouncing his name) in anticipation of seeing him make an appearance with the NHL club before too long. The only real problem is his age; unless the team takes him as an NHL player starting next year (which is highly unlikely), he’ll have to report for a fourth and final season in the OHL due to age restrictions. He won’t turn 20 until January 7th, making him ineligible to start the year with the Checkers in the minors.